Fermentation of the Future 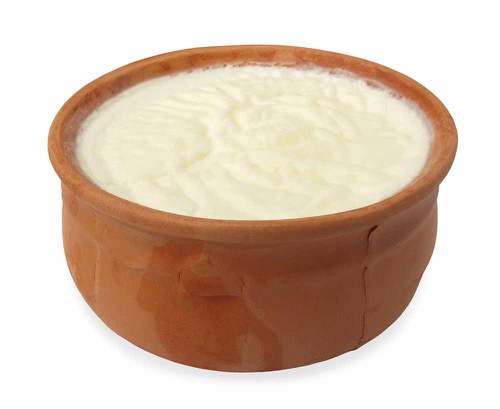 Using populations of bacteria or yeasts to change dairy product composition doesn’t sound like a wholesome idea, but that is what lies behind the production of cheese, mango lassi and, despite its name, crème fraîche. Some fermented dairy products such as these have been shown to be healthy in ways beyond providing nutrition. Consequentially, food scientists are asking whether the processes that conjure up greater amounts of certain health-promoting ingredients in fermented dairy could be applied more widely and effectively.

But first, of course, they have to figure out what these health-promoting chemicals are and identify the micro-organisms that generate them.

The molecules responsible for these healthy effects perform many different functions. They appear to reduce the odds of cancer, inhibit the growth of nefarious bacterial species, lower blood pressure and prevent blood clots – as well as modulate the immune system, bind useful minerals such as calcium, act like (very much watered down) opium and also as antioxidants. The literature is stuffed with caveats about the requirement for much more data, particularly from human subjects, before firm conclusions about these benefits can be drawn.

But the anecdotal evidence is abundant and suggestive. To run through some examples:

The identities of the micro-organisms that generate these medicinal molecules are often known. Lactic acid bacteria are examples of important fermenters. They enrich milk with vitamins and also make small proteins called bacteriocins—antibiotics that work by perforating bacterial cell membranes. One bacteriocin, lacticin 3147, destroys the diarrhea-inducing germ Clostridium difficile. Other important fermenters include strains of Lactobacillus, Propionibacterium, Bifidobacterium, and Enterococcus. These fermenters serve double duty synthesizing conjugated linoleic acid, an anti-clotting and anti-cancer agent. (Curiously, aged cheeses contain less of this acid than cheeses with a short ripening period.)

Moreover, bacteria that could have a hand in improved fermentation are being revealed all the time. One such strain is Lactobacillus helveticus BGRA43 which breaks apart key proteins as it ferments milk such that it imbues the milk with anti-microbial, anti-hypertensive, and immunomodulatory properties.

But in most cases, the enrichment of health-promoting substances was an unintended, and until recently, an unnoticed, side effect of making tasty foodstuffs that last. It isn’t always clear whether the chemicals involved survive digestion in the human gut and go on to do good things around the body. This point needs examining before fermentation science can be used to design healthier dairy products in the future.

Certainly not everything makes it through. But at least two hypertension-attenuating ACE inhibitors do survive the journey through the stomach, past pancreatic proteases and yet more enzymes in the brush border of the intestinal wall. These have three amino acids apiece and have been detected in the aorta of hypertensive rats fed fermented milk. Making the entire journey to the bloodstream isn’t always necessary, however, as seems to be the case for proteins called β-casomorphins which act as analgesics rather like morphine (albeit with less potent effects). These do not survive in blood, so their action probably arises from interactions with opioid receptors in the gut. (Ed: If you wish to eat ‘happy cheese’, β-casomorphin-3 was present in all Edam cheese samples tested in one study.)

But for health-giving molecules that are destroyed by digestion, all is not necessarily lost. In theory, the structures could be modified at the sites where gut enzymes would normally cleave them, enabling them to survive until they can be picked up by the bloodstream. If that strategy doesn’t work, the molecules might one day be encased in and protected by microscopic capsules.

And this is where existing knowledge needs much more time to ferment. But the potential is certainly there for a new breed of dairy products designed to do their consumers even more good.