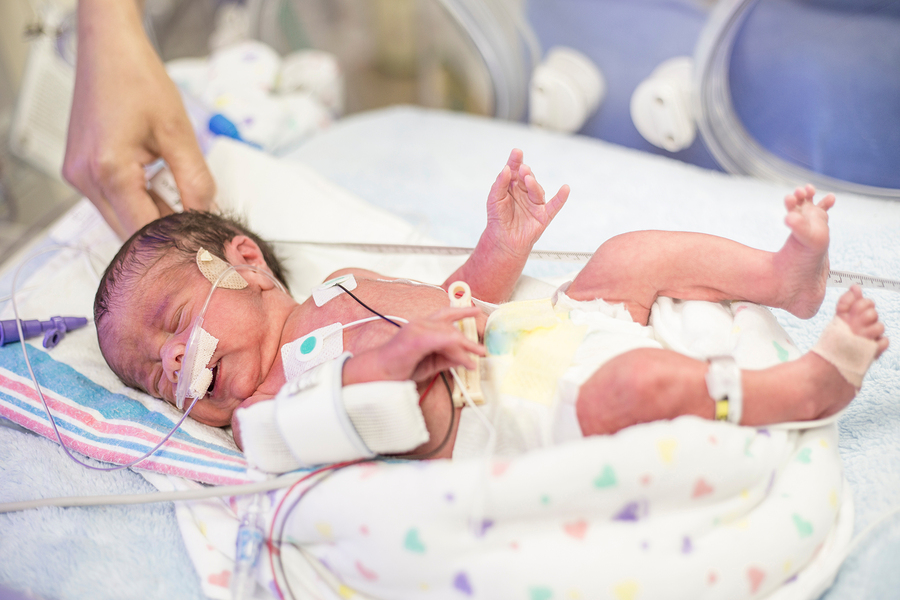 This is the million-dollar question when it comes to feeding those infants that are born the most vulnerable. Preterm infants are entirely dependent for their survival on the level of medical care offered to them. Amongst the important decisions to be made by health professionals as to how a baby born preterm will survive is how and what this baby will be fed. Currently, the standard practice in the neonatal intensive care unit (NICU) is to feed preterm babies frozen mother’s own milk, pasteurized donor milk and/or formula, depending on what is available. However, a ground-breaking study by Sun and colleagues has now challenged this well-accepted but poorly researched dogma, showing that fresh mother’s own milk (non-refrigerated, non-frozen, completely unprocessed) is the most beneficial for the preterm baby, just as it is for the term baby [1].

Preterm birth is not uncommon. In fact, its incidence is worryingly rising worldwide, with more than 1 in 10 babies born preterm (WHO) [2]. Despite the enormous advancements in medicine, patient care and medical research in the last decades, preterm infants still face a number of health complications, many of which ultimately lead to their death or a lifetime of disability [3,4]. The WHO states that more than three quarters of preterm babies can be saved with feasible, cost-effective care, highlighting breastfeeding as one of the few vital interventions that can facilitate these babies’ survival [2].

And although breastfeeding would indeed provide the maximal protective, nutritional and developmental benefits to preterm babies, including reducing the incidence of necrotizing enterocolitis (NEC) [5-8], many of them are unable to breastfeed, at least for the first days or weeks of their lives. Therefore, provision of mother’s own milk to these babies, or donor human milk, if the former is unavailable, is the next best to feeding on the breast. But, do these babies get from breastmilk fed to them in the NICU what they would normally get if they fed directly at the breast?

The answer is no. And this is because the breastmilk fed to the preterm infant is either frozen or pasteurized, processes that destroy a large part of those bioactive components of breastmilk that have been associated with protective and developmental benefits. Importantly, these breastmilk bioactive components include not only molecules with immuno-protective functions (such as cytokines, immunoglobulins, lactoferrin, oligosaccharides, etc.) but also live cells [9].

Of the cells of breastmilk, different types of immune cells have been described that are not only present in breastmilk under normal conditions, delivering what is called a baseline immunity to the infant, but they also specifically respond to maternal or infant illness to allow transfer of boosted immunity to the infant from the mother, depending on the infant’s specific needs [10-12]. This is truly amazing, with potential direct benefits in the NICU.

But, in addition to immune cells, breastmilk contains another, perhaps a little undermined cellular treasure, stem cells! So far, these cells have been mostly studied and discussed in relation to their transfer and integration as well as potential developmental benefits in term offspring [12-15)]. It is only now that the medical research community is starting to contemplate how stem cells in breastmilk may play a fundamental role in the maturation of the preterm immune and gastrointestinal systems to the level needed to prevent NEC and other deadly infections in the NICU [12].

The first hint that breastmilk stem cells may be involved in the survival of preterm infants via protection against NEC came from an animal study by Zani and colleagues in 2014, which showed that various types of externally provided stem cells improve survival and increase the repair of damaged tissue in NEC-affected mice [16]. An understated outcome of this study, which likely went largely unnoticed, was that the greatest survival was found in the control group of mice, which was the breastfed group!

Since this study showed actual, measurable differences in the survival of the animal group that received fresh breastmilk, neonatologists have been wondering whether the standard practice in the NICU of feeding frozen or pasteurized breastmilk to preterm babies adversely affects these babies. Can we do better than that?

In an effort to tackle this question, Sun and colleagues performed a pilot study examining approximately 100 very preterm babies in each of two groups: a control group that was provided the usual previously frozen breastmilk (mother’s own or donor), and an intervention group that was given fresh mother’s own milk once daily in addition to the rest of the usual frozen milk [1]. And although perhaps this study was not powered to detect major differences, surprisingly enough, significant benefits were found in the intervention group.

The intervention group had shorter durations of mechanical ventilation and parenteral nutrition [1]. Significantly lower incidence of NEC, mortality, sepsis, retinopathy of prematurity, and bronchopulmonary dysplasia were also recorded for the intervention group [1]. And all these effects occurred even with only one fresh breastmilk feed a day!

Interestingly, no critical incidents were observed during the study, supporting the safety of feeding the preterm infant, even the very preterm, fresh mother’s own milk [1]. This now sets new grounds against the notion that fresh mother’s own milk may be a source of bacterial and viral contamination for her child, especially since the baby has already been exposed to the mother’s microbiome during pregnancy. Now the emphasis is shifted for mother’s own milk from a potential “contaminant” to a potentially important inoculate of a beneficial microbiome necessary for the healthy development of the neonatal gastrointestinal tract [1,19].

Importantly, the provision of mother’s own milk to preterm babies has often been discussed in light of the reduced milk production of their mothers or the availability of the mother to provide freshly expressed milk. In the Sun study, 87.5% of mother’s in the intervention group were able to express at least one feed of fresh breastmilk a day [1], further supporting not only the safety, but also the feasibility of a fresh milk-centered approach for feeding the preterm infant in the NICU.

These results are indeed noteworthy and should not go unnoticed. Although a randomized multi-center study recruiting many more subjects is currently underway, this first pilot study by Sun and colleagues [1] shakes the well-established dogma of freezing mother’s own milk or pasteurizing donor milk prior to provision to the preterm infant. If fresh mother’s own milk is safe for the preterm babies, and not simply beneficial but actually lifesaving, if it reduces the prevalence of NEC and sepsis, why do we currently deprive them from this? This is a question for all health professionals and policy makers that needs to be seriously considered and acted upon to improve the outcomes of our most vulnerable infants, and give renewed hope to their families. If death can be prevented and disability avoided simply by providing to these babies what is rightfully theirs, let’s do it.

5. Alshaikh B, Kostecky L, Blachly N, Yee W (2015). Effect of a quality improvement project to use exclusive mother’s own milk on rate of necrotizing enterocolitis in preterm infants. Breastfeeding Medicine10: 355-361.

9. Hassiotou F, Geddes DT (2015). Immune cell-mediated protection of the mammary gland and the infant during breastfeeding. Advances in Nutrition6: 267-275.