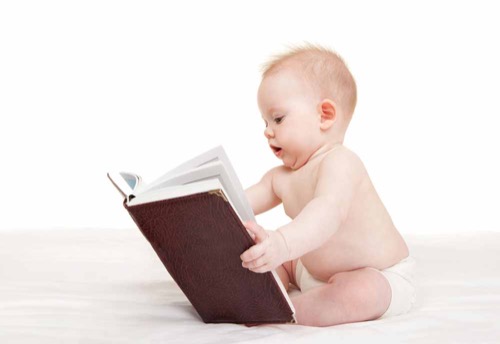 Can infant formula be boosted to prevent formula-fed babies from missing out on the brain-stimulating ingredients of breast milk? Seeking to answer this important question, a new study found that a supplement of naturally occurring milk fats improved the brain development and certain cognitive abilities in newborn piglets [1].

Among the pile of data indicating that ‘breast is best’ when it comes to infant nutrition and health, there is a fair amount of evidence to suggest that breastfed babies turn out smarter than formula-fed babies. Smarter, that is, according to certain measures of brain development, including spatial learning and memory. One reason for this is thought to be the high amounts of certain fats in breast milk, compared with those in formula, as discussed in past issues of this newsletter [2, 3]. Fat molecules are critical structural components of the brain, and particular parts of some fats have been linked have been linked to neurological development and function, learning and memory.

While—so far—breast milk beats formula, a majority of babies in the US are not breastfed for as long as recommended by the WHO [4]. That’s one reason scientists have long tried to create an infant formula that mimics breast milk and its effect on brain development, among other health aspects.

Demonstrating specific effects of formula supplements in studies involving human babies, however, is not straightforward because of compounding factors such as environment and genetics. Therefore, researchers often use animal models to examine diet-specific effects in a more precise and controlled way. Recently, scientists from the US and China used piglets to assess the effect of certain dietary fats on neurodevelopment, a process that is very similar in newborn piglets and human babies [1].

In the study, 24 piglets were divided into ‘control’ and ‘test’ groups and fed different diets. The control piglets received a standard, nutritionally complete formula. The test piglets received the same formula supplemented with fats called phospholipids and gangliosides, which are naturally present in both human and sow milk, and known to be important for brain development and function. After receiving one of these diets for the first four weeks of life, the piglets were put through all sorts of tests.

One of the tests assessed how good the piglets were at learning and remembering where inside a maze they would get a special treat—chocolate milk. As it turned out, the piglets receiving the fat supplement made more correct choices in the maze than the control piglets; they also spent less time making their choices.

At the end of the trial period, the researchers found that the piglets receiving the fat supplement had five per cent higher brain weight than the control piglets. The heavier brains of the test piglets had larger volume and more gray and white matter in several areas—notably, areas linked to motor control, cognition, and learning behavior.

In summary, the study showed that dietary phospholipids and gangliosides improved spatial learning and affected brain growth and composition in newborn piglets. The researchers suggested that adding these fats to infant formula may affect brain development and improve some aspects of cognition in human babies who miss out on the brain-stimulating ingredients of breast milk.

As the authors [1] conceded, however, a lot more research is required to fully understand and close the gap in learning differences between breastfed and formula-fed babies. The exquisite complexity of breast milk needs to be investigated in a holistic way, because—as emphasized before in this newsletter—no single group of milk constituents determines neurodevelopment and cognition[2].

5. Elwood PC, Pickering JE, Givens DI, Gallacher JE (2010). The consumption of milk and dairy foods and the incidence of vascular disease and diabetes: an overview of the evidence. Lipids 45: 925–939.