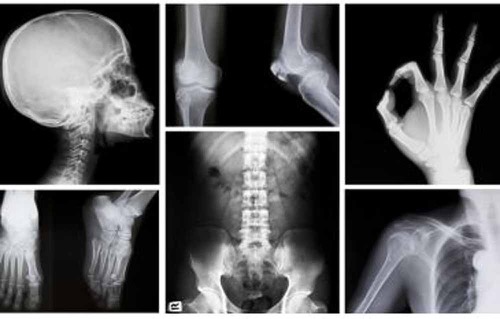 Childhood mealtimes for many of us included a frosty glass of milk. Aside from being yummy, the wisdom of generations of mothers was to drink every last drop to build strong bones. Milk provides bone-building nutrients, but a new study suggests it does even more. The latest data just published in the Journal of Nutritional Biochemistry by a cadre of researchers under the direction of Fons AJ van de Loo, Radboud University Medical Center, the Netherlands [1], links the consumption of cow’s milk containing tiny blobs of cellular material called bovine milk-derived extracellular vesicles (EVs) with the rapid growth of bone. If the findings hold up in human trials, it may herald a treatment for osteoporosis.

Bone is a living tissue. It is constantly being degraded by osteoclast cells and replaced by osteoblast and osteocyte cells. When we are young, these two processes run pretty much in tandem. But as we age, bone formation does not always keep pace. The result is osteoporosis—bone that becomes less dense and more prone to cracking and breaking. It is especially prevalent in women, with an estimated 30% of women being affected after menopause. Osteoporosis can also be accelerated in diseases including diabetes, lupus, and rheumatoid arthritis due to inflammation or prolonged anti-inflammatory glucocorticoid therapy. Osteoporosis is insidious, with no symptoms until the moment a fracture occurs. To explore possible treatment for osteoporosis, Dr. van de Loo and colleagues have for some time been investigating the possible involvement of EVs in cow’s milk in improved bone formation [2,3].

A brief primer on extracellular vesicles

All cells release material from their surface. Typically, this involves “blebbing,” where a portion of the cell membrane folds out and then pinches off. The result is a tiny, virus-sized sphere that contains material from the interior of the cell. Only a few decades ago, formation of EVs was viewed as random and of no importance. Instead, we now know that the release of these vesicles is an important way cells communicate with each other [4].

Cow’s milk contains a huge number of EVs. Pasteurization cuts down their numbers. Still, a glass of processed milk contains about 5 billion EVs that are derived from cells present in milk and from the mammary gland cells and the EVs remain bioactive. When that glass of milk is consumed, the EVs may travel through the stomach—they can survive that harsh environment—and reach the intestine where they are taken up. Or the journey may be short, with the vesicles taken up by mucosal tissue in the mouth. Which route is the primary route is still unresolved.

Bone remodeling has been studied in mice for a long time. Bone in mice is made of similar material and is organized similarly to human bone. As well, the regulation of bone formation and structure in mice and humans are similar [5,6]. One advantage of using mice as experimental animals is that they are a lot smaller than humans, so fewer EVs need to be supplied in the diet. Isolating EVs is a major task [1], so cutting down on the quantity required in feeding trials is definitely a good thing.

In the latest study to assess the possible effect of EVs on bone formation and structure, mice were used as the surrogates for milk drinking humans. Treated mice did not display any change in the tibia bone area, but there was an increase in the expression of sclerostin, a marker for the bone-producing osteocytes, which are formed from osteoblasts that become embedded in the bone network. At the same time, there was reduced expression of both type 1 collagen, an important constituent of bone, and osteonectin, which is associated with bone matrix formation. These reductions indicated that the bone that was forming was less dense that normal bone [7,8]. Indeed, microscopy examination of bone sections revealed an increased prevalence of a less organized type of bone matrix called woven bone, which is similar to the bone that is present in the developing human fetus [1].

With time, as occurs normally during fetal development, woven bone is replaced by stronger lamellar bone. Whether this occurred in the mice in the present study could not be determined because the study was not long enough, but other data that is not yet published by the researchers indicates that this likely does occur.

The current thinking is that the EVs in cow’s milk stimulate the process of bone formation. While initially the bone that is produced is less dense, over time the hardier lamellar bone is established. If this does indeed occur—which further studies will focus on—EVs could someday be harnessed as a treatment for osteoporosis.