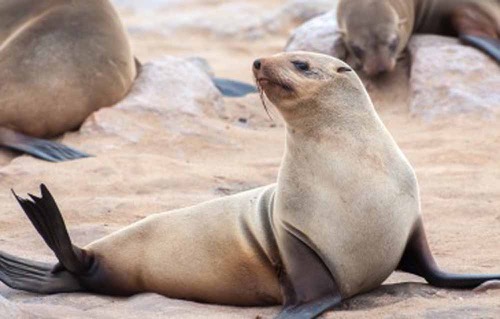 Removing the suckling drive is quickly followed by changes that we refer to as involution, which returns the mammary gland to a pre-lactating state. There is an element of pre-programming involved here, but sometimes milk production just stops, and that suggests that specific milk or mammary factors play a role.

Scientists have been searching for the involution factor in milk for many years, and even gave the mysterious unknown factor a name, FIL, which stands for “feedback inhibition of lactation” factor. What is the factor? There has never been an adequate description or identification of the factor, but evolution has provided us with experiments of nature that may have provided an answer.

Evolution has generated a great diversity of physiological solutions to deal with circumstances that benefit survival strategies for different species. This includes reproductive and lactation strategies. A fascination with this species diversity has led scientists to study comparative lactation, which in turn has provided insights into the physiological mechanisms of mammary gland biology. An intriguing insight into what may be triggering involution comes from the study of seals [1].

There are three groupings of seals, but only the fur seals and sea lions have evolved a strategy that allows them to leave newborn pups on land while the mother spends days, or even weeks, foraging for food at sea [2,3]. Clearly there is no suckling during these trips and production of milk is essentially stopped. However, lactation resumes when the mother returns to shore and an intense period of suckling before returning to sea to repeat the cycle. In other words, fur seals are resistant to a trigger that, in most mammals, would result in involution. This seemed like a great system to search for clues into the factor controlling involution.

Milk commonly contains protein, lipid (fat), and carbohydrate (mainly as lactose or milk sugar). Carbohydrates provide energy for growth and a healthy gut. However, the amount of each component varies between species, and the composition of fur seal milk is notably different. Analysis of fur seal milk shows that there is no lactose. This provided the lead, because the production of lactose is dependent on a milk protein called alpha–lactalbumin (LALBA).

A great way to study milk proteins is to look at the genes that encode them by examining the animal’s genome. The challenge with the fur seal study was that they are not widely studied so no one had developed the research tools for studying their genomes. However, seals are most closely related to the canine family and so they began by using tools that were developed for studying dog genomics. The relationship to dogs turned out to be close enough for the use of canine gene expression analysis methods using micro-scale arrays, a way of analyzing thousands of genes simultaneously. They used this analysis to look for molecules in the mammary glands that were associated with programmed cell death (called apoptosis). When they compared the seal mammary gland to human, cow and mouse, what became clear was that there was an absence of a gene called LALBA. A closer examination of the genome revealed a mutation in the fur seal genome that essentially prevented the LALBA gene from making the protein alpha-lactalbumin. Was this the clue to the apoptosis-causing molecule that initiates involution?

To answer this question, Sharp et al [1] turned to cell culture experiments. They mixed varying concentrations of the bovine alpha-lactalbumin protein with mammary cells from cows, mice and seals. They found that when higher doses of alpha-lactalbumin were added, the cultured mammary cell structures became disrupted and died. This was a direct correlate of what happens in the mammary gland during involution, and is the best laboratory based model available. Similar results were found independently in cultured bovine mammary cells by Riley et al. [4].

There was one major question raised by this finding was, how can a milk protein act as a trigger if it is always present in milk? One of the key differences may be that particular forms of alpha-lactalbumin are required. Indeed when looking into this issue more closely, Sharp and her colleagues found that two molecules of alpha-lactalbumin combined (called a dimer) had the highest level of apoptotic activity. They also found that a small percentage of alpha-lactalbumin is usually present in this form. We know very little about what controls the levels of dimerization, or whether it increases during lactation, but it is a wonderful example from nature into how milk production may end, and how involution may be initiated.

The challenge is now to find if there are ways of modulating this effect, to improve our ability to help prevent or reverse involution, for example, when a mother prematurely stops producing milk.