Even to the Brain: Yes, Breastmilk Stem Cells Do Transfer to Organs of Offspring 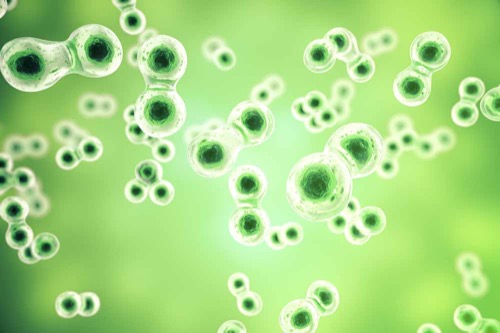 What would you think if you were told that your baby contains part of your body? Literally. Or that you actually have inside you part of your baby’s body? Yes, literally. As much as it sounds more of an emotional expression of love between the mother and her baby, some of the cells that contain all our genetic information (not half) are indeed exchanged between the mother and her baby, remaining alive and active in each other’s bodies for at least…decades. And although this reciprocally occurs during pregnancy via the placenta, it also continues to a large extent during breastfeeding. After all, as Barinaga beautifully exclaimed in 2002, mother’s love is enduring [1].

It’s one thing when a scientist provides the first evidence on a phenomenon, and quite a fascination when someone else backs it up independently. Previous research is confirmed and strengthened. Those precious, and until recently, unknown little gems of breastmilk, its stem cells, have been further studied for their migration and potential functions in the nursed offspring. And, the outcome? Yes, they do somehow make it through the delicate gastrointestinal tract into the blood of the young; and from there, to various organs, including the brain! Let’s follow their journey together.

I haven’t written for SPLASH! in a while now. What broke my silence was one of the most promising pieces of research I have come across in the lactation field. It’s about those neglected cells for which so little is known, yet they keep fascinating us: the breastmilk stem cells.

Aydin and colleagues [2] of Istanbul Medipol University, Turkey, took the courageous decision to dig further into a field that has left the scientific community with feelings of awe and excitement, but also a number of questions. Their study, published in Scientific Reports in September 2018, independently repeated previous mouse milk transfer studies, confirming the migration and homing of stem cells from mother’s milk into the brain of suckling pups [2,3]. And when these cells get there, they do something amazing…they integrate in the brain, turning into what is needed most there, functioning neurons and glia [2]!

Cells had been known to be a part of mother’s milk for a few decades, but the fact that amongst them there would also be stem cells was unheard of; until some revolutionary reports were published between 2007 and 2012 by members of Professor Peter Hartmann’s group at the University of Western Australia, of which I also had the privilege to be part. First, Dr. Mark Cregan of this group then reported the presence of progenitor cells in breastmilk [4], those cells that are a bit more flexible in terms of their ability to turn into various cell types than your usual skin cell or heart cell, for example.

Inspired by Cregan’s work, in a turning point in the field a few years later, we found that breastmilk actually contains stem cells, which are not only undifferentiated (i.e., not committed to turn into any specific cell type), but also are capable of becoming any cell of the human body [5]. And this could happen spontaneously to a small extent in the culture dish, being further reinforced when these cells were exposed to the right chemical microenvironment [5].

By definition, this is a property of those stem cells that are found in the very early stages of an embryo. But it looks like similar properties are shared by an elite group of cells in breastmilk [5-8]. These cells not only behave similarly to embryonic stem cells in terms of their abilities to turn into any cell of the body, but they also express the same proteins that are known to be specific to embryonic stem cells such as OCT4, SOX2, NANOG, TRA-1-60, and others [5].

These findings were reported in the journal Stem Cells in 2012 [5]. Shortly after, we embarked into a journey to examine the fate of these cells in the offspring. Why would any such special cell be in breastmilk to start with? Aside from the fact that we showed that these cells were hiding inside the lactating breast [5-8], everyone’s burning question was why are they there, in the milk?

Using a TdTomato mouse model, we were able to demonstrate for the first time that milk stem cells as well as immune cells survive the neonatal gut, migrate into the blood, and from there travel and integrate into various organs of the suckling pups, including the thymus, liver, pancreas, spleen, kidneys and the brain [3]. There, they actually seem to turn into specialized cells of each specific organ [3].

The TdTomato mouse model was based on mouse mothers that ubiquitously expressed this red fluorescent gene in every cell of their body, including in their milk cells. These mothers fed pups that did not express it at all. So, any red fluorescing cell in the pups’ body had to come from the milk [3,7,8].

The new study by Aydin and colleagues used the same principal but in a different mouse model, in which mouse mothers ubiquitously expressed the green fluorescent protein GFP, whereas the pups they fostered did not express it at all [2]. Their study now confirms and strengthens our previous findings, demonstrating that milk stem cells indeed survive inside the young’s gastrointestinal tract, and from there they are transferred into the blood and the brain of the young. There, they are coaxed by specific brain microenvironmental cues to become specialized brain cells of two types: neuronal and glial, the two main brain cell types.

What makes this finding all the more exciting is the presence of the blood brain barrier. We all have it. Its purpose is to allow selective trafficking to and from the brain, for the obvious need to protect this important organ. Very few cells are capable of passing through it. However, in the neonate this barrier is leaky, allowing more trafficking than the normal we see in adults [9,10]. And it looks like the milk stem cells are of the lucky few that can make it through!

This phenomenon of transfer and integration of foreign cells into an organism is called microchimerism, and is more common than we think. In fact, it has been previously demonstrated to occur reciprocally between the mother and the embryo during pregnancy, with embryonic cells found alive and integrated within the mother’s brain and other organs many years after the birth of her child [11,12].

In turn, maternal microchimerism, the transfer of maternal cells to the offspring, can happen not only in utero but also during lactation [11-15]. This had been previously shown for either immune-like cells of milk or indeterminate cells of milk [13-15]. Now, for the first time two independent groups have shown this for stem cells of breastmilk in two mouse models [2,3,7,8]. What is fascinating is that all evidence thus far supports the notion that these stem cells become active and functioning parts of the body of the young [2,3,16]!

And of course, in addition to stem cells, the breastfed infant receives immune cells from mother’s milk [6,8]. Both these two milk cell types have been shown to home also in the infant thymus, amongst other organs [3,8]. The thymus is responsible for the maturation of our immune cells. Because of this, it is thought that through their homing inside the thymus, the maternally-derived milk cells facilitate both the cellular tolerance between the mother and the infant, and the maturation of the infant’s immune system [7,8,17].

The above, together with evidence that chimeric cells persist in the offspring long term [16] suggest that maternal microchimerism in the offspring is not a random event, but rather, a well-designed and specifically orchestrated integral characteristic of breastfeeding, aimed at boosting and multilaterally supporting the optimal development of the infant, and at protecting the infant against infectious diseases [7,8].

Indeed, it has been long known that breastfeeding offers immune protection to the infant. What was less known is that this protection is likely facilitated not only by immunoprotective molecules of breastmilk (such as immunoglobulins, cytokines, etc.) but also by immune cells and stem cells of breastmilk [8]!

Now, I must raise the question what happens to infants who are not breastfed or who are fed breastmilk deprived in live cell properties (such as frozen or refrigerated breastmilk)? What do these infants miss at? What are the long-term consequences for an infant who did not receive fresh mother’s own milk? And does prolonged breastfeeding offer additional cellular benefits compared with shorter breastfeeding periods?

And of course, whilst the plot thickens even further when wet nursing comes into play, the main issue in my mind concentrates on what we could do better for preterm infants in the neonatal intensive care unit (NICU). Is the frozen mother’s own milk or the pasteurized donor milk they are usually given ideal for them? Cells do not survive in breastmilk after freezing, refrigeration for a few hours, or pasteurization [8]. Therefore, we currently choose to deprive these vulnerable infants of breastmilk stem cells and immune cells, components that can potentially offer them a multitude of benefits, both developmentally and for their very own survival [8].

Moles and colleagues very rightly called breastmilk the postnatal maternal blood, through which a multitude of active soluble and cellular factors are delivered to the offspring, in continuation from the gestational period [17]. Do we place the right emphasis on the medical importance of this phenomenon? Clearly, more basic and applied research is urgently needed in this field to shed light into all these questions and open the possibility for enhanced survival potential for our most vulnerable. An exciting piece of work on this subject will be discussed soon in SPLASH! Tune in to find out more.

15. Michie CA (1998). The long term effects of breastfeeding: a role for the cells in breast milk? Journal of Tropical Pediatrics 44:2-3.