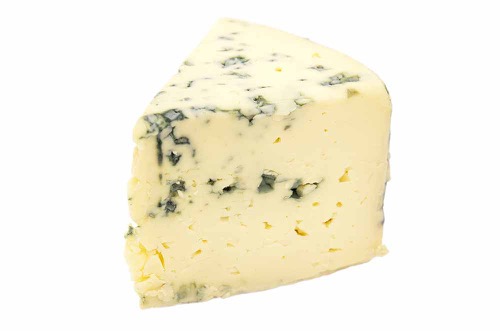 Today, nearly one-third of the world’s adults are lactose tolerant. If you are a part of this group, you most likely can trace your ancestry to a population with a long history of dairy agriculture, such as that in Scandinavia where nearly 100% of the people carry a gene that maintains the manufacturing of lactase (the enzyme that breaks down lactose) into adulthood. This lactase persistence gene (LP) was probably quite rare, however, when humans first began to practice dairy agriculture ca. 10,000 years ago. In order to take advantage of this novel and nutritious food source, Neolithic farmers would have been hard-pressed to come up with a way to reduce the lactose content in milk. One clever way to do this is by allowing bacteria to digest the milk sugar for you, which also just happens to be a critical first step in the production of cheese. But just how ancient is the art of cheese making?

Alas, cheese does not preserve in the archaeological record, but ceramic materials used in cheese production do. A new paper by Salque et al. (2013) reports on the earliest “cheese strainers” identified to date. At 7500 years old, these ceramic fragments from Poland are nearly as old as the first evidence for dairy agriculture in this region, suggesting that humans wasted no time in figuring out the recipe for cheese.

The first Neolithic populations known to use domesticated animals and cultivated plants in central Europe are associated with the central European Linear Pottery, or Linearbandkeramik culture. Artifacts associated with this culture appeared in Central Europe between 7500 and 8000 years ago, including the site of Kuyavia, Poland. In addition to pottery vessels believed to have been used for cooking and food preparation, this site yielded numerous fragments of perforated bowls, similar in appearance to a colander or sieve.

When archaeologists first unearthed these ceramic fragments in the 1970s, there were several hypotheses about their function, ranging from flame covers to honey strainers. However, the abundance of domesticated cattle remains at the site, combined with the similarity in structure between these vessels and historic ceramic cheese-strainers, was highly suggestive of their role in cheese making (Salque et al., 2013). Specifically, researchers believed that these bowls were used to separate the solid cheese curds from the liquid whey, an integral step in the cheese making process.

Luckily, methods now exist to directly test the function of pottery through organic residue analysis. Because pottery is porous, fats from foods cooked or stored in the pots are absorbed and trapped inside the pores. Chemical analyses of these ancient fatty residues tell researchers the types of foods that came in contact with the vessels, allowing a test of the cheese-strainer hypothesis.

Salque and her team (Salque et al., 2013) removed the mysterious perforated fragments, along with some other proposed cooking vessels, from storage and subjected them to three methods of chemical analysis. First, they determined the types of fatty acids present in the ceramics and found most fats were saturated with either 16 or 18 carbons (palmitic and stearic acid, respectively). This information alone is not sufficient to determine the pot’s function, as both body fat and dairy fat contain these types of saturated fatty acids. Therefore, they performed two additional tests that would allow them to identify the specific isotopic structure of the fats (i.e., the number of neutrons in the carbons that make up the individual fatty acid chains). Fats derived from body tissue have an isotopic signature distinct from fats derived from milk, allowing researchers to distinguish between ceramic vessels used for cooking or preparing animal fats and those used exclusively for dairy processing (Evershed et al., 2008).

All of the perforated fragments but one contained fatty acids that exhibited the isotopic signature associated with dairy fat. In contrast, the ceramics believed to be cooking vessels had a completely different signature that was within the range predicted for fats derived from adipose tissue. Their use in cooking was also confirmed by data that suggested the fats within the pots had been heated to a very high temperature.

Nearly 40 years after these ceramics were excavated, Salque’s research group demonstrated that the perforated vessels had a specialized function related to processing dairy products. And because butter and yogurt do not require a sieve-like tool in their production, it seems most likely that these perforated bowls were used to make cheese, collect the curds, and filter out the whey.

These prehistoric cheese strainers date from between 5400 and 4800 BC, making the practice of cheese making, at least in Northern Europe, nearly 7500 years old. Cheese making may be an even older practice, however. Milk residues have been found on pottery vessels dated to 8500 years ago from sites in Southeastern Europe, Turkey, and the Middle East, using methods identical to those employed by Evershed et al. (2008).

Unlike the sieve-like containers found in Kuyavia, Poland, the ceramics found in Southeastern Europe, Turkey, and the Middle East lacked any telltale signs of cheese manufacturing. Regardless, the researchers know the containers must have been used in milk processing because fat from raw milk does not preserve in ceramics. As was true at Kuyavia, there appeared to be no lag in time between the appearance of dairy culture and the practice of milk processing, suggesting that these Neolithic peoples quickly figured out methods for reducing the lactose content of milk in order to take advantage of this important food source.

Don’t underestimate the importance of cheese

The LP gene is believed to have co-evolved with dairy agriculture, such that as dietary emphasis on dairy increased, so too did the selective pressure favoring the presence of LP. With its lowered lactose concentration (anywhere from 0 to 2.5%, compared with nearly 5% in fresh milk), cheese and other processed milk products such as yogurt would have permitted the consumption of calorie-rich dairy foods without the adverse side effects of lactose intolerance (e.g., diarrhea, gas). That is, no biological adaptation would have been required for the adoption of dairy culture as milk processing was quickly implemented. Indeed, many populations, such as Greeks and Southern Italians, that focus more on cheese and yogurt than on fresh milk have very low frequencies of the LP gene.

Cheese also has another big advantage over raw milk in that it can be stored for a much longer period of time. In the Neolithic, storage was key—should crops or animal herds have let you down, it would have been comforting to know you had pounds and pounds of cheese in your storage shed to get you through the rough patches.

The next time you bite into a creamy Havarti or a stinky Limburger cheese, take a moment to think about the impact that cheese production may have had on dairying culture in Europe and the Middle East. Had the populations of these areas not stumbled onto methods for processing milk into cheese, those lactose intolerant farmers may have moved to other food products and abandoned their emphasis on dairy. Doesn’t this make you love cheese just a little bit more?