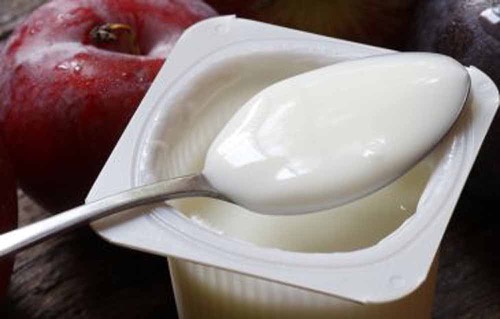 For those on a diet, it might be natural to reach for low-fat rather than whole-fat yogurt. But the results of a new study might make that decision a little more complicated, at least in some populations. In the study, Carmen Sayón-Orea and her colleagues at the University of Navarra found that eating whole-fat yogurt was associated with a decrease in waist circumference and a greater probability of reducing abdominal obesity in an elderly population at high cardiovascular risk [1]. The researchers didn’t find a similar association with low-fat or total yogurt consumption.

Researchers have previously studied the associations between yogurt consumption and obesity, but the results have been inconclusive [2–5]. In addition, few studies have looked at the effect of low-fat versus whole-fat yogurt. “We wanted to clarify the role of these kind of yogurts,” writes Sayón-Orea in an email.

Sayón-Orea and her colleagues previously found that for young, healthy individuals consuming a lot of whole-fat yogurt was associated with a lower risk of becoming overweight or obese [6]. “We decided to replicate our research in an elderly population,” she writes.

Another possible explanation for the study’s results that the researchers couldn’t rule out is that participants who consume low-fat yogurts have special lifestyle characteristics. “For example, people who perceive that they are gaining weight might change their consumption to low-fat products,” writes Sayón-Orea.

The researchers conclude that whole-fat yogurt may offer some benefits for managing obesity, particularly in an elderly population. But according to Sayón-Orea, consuming any kind of yogurt is likely to have health benefits. “I do believe that any kind of yogurt is healthy because the mechanism by which yogurt is beneficial to health is the content of calcium, the lactic acid and the probiotics,” she writes.

Yogurt tends to be rich in calcium and also contains lactic acid that can promote calcium absorption. There’s some evidence that the high calcium and protein in yogurt can influence appetite, and that calcium may also reduce fat production and absorption, and increase fat excretion and oxidation [9–12]. These mechanisms could explain some of yogurt’s beneficial effects against obesity and metabolic disorders.

“Another possible mechanism that could be implicated in these beneficial effects might be the role that microbiota may play in the development of obesity and cardiometabolic diseases,” writes Sayón-Orea [13,14]. “Some bacteria that are used as probiotics in yogurt, such as Lactobacillus acidophilus and Bifidobacterium bifidus, may help to prevent or treat some diseases, including obesity,” she writes.

The researchers plan to expand on their current work by exploring the effects of yogurt consumption and different types of yogurt on other disorders. “The next outcomes that we might explore could be hypertension and cardiovascular disease,” writes Sayón-Orea.