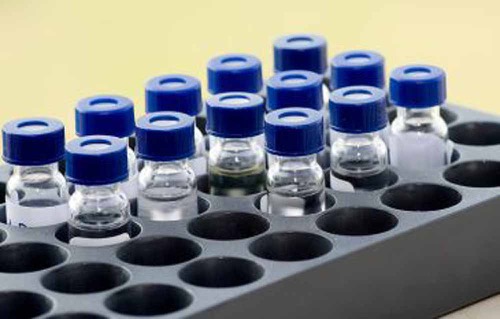 Babies change a great deal in six months. Beyond the obvious that they grow bigger, considerable development occurs in all aspects of the infant’s physiology and anatomy, especially the brain, gastrointestinal tract, and immune system. New technologies have enabled scientists to discover which proteins are in milk and how they change over time to support this unique developmental period.

Using laboratory instruments for protein analysis, particularly mass spectroscopy, coupled with the available databases, early work showed that there were hundreds of different proteins in human milk and that their amounts changed over time (1–3). More recent catalogues of all the proteins in human milk increased the number of unique proteins beyond 1000 [4,5]. These extensive catalogues were obtained by extensively separating the milk to make sure that the most abundant proteins did not obscure the rare ones. As an analogy, if the same group of people is crammed into an elevator or spread across a basketball court, it is easier to account for everyone on the basketball court.

One drawback of the catalogue studies is that they couldn’t be nearly as quantitative about the amount of a particular protein in one milk sample relative to the quantity of that protein in another milk sample. Zhang et al. [6] from Wageningen University in the Netherlands recently addressed this issue by “labeling” proteins in each milk sample before counting them. Again, an analogy is that if two groups of people are to be counted on a basketball court, they are more easily distinguished if they each wear their team’s color.

Zhang et al. [6] identified 247 proteins of interest from the human milk of four women. They found that most proteins, approximately 200, were present in each sample and at all time points during the six months. As a result, they refined subsequent analyses to investigate those 200 proteins that were reproducibly detected across human milk from all four mothers.

What do these proteins do? One way of grouping proteins is according to their predicted biological function based on databases of known functions from other experiments. The major functional categories for the 200 proteins identified in human milk serum were immune (26%), transport (21%), and enzyme (14%), with other minor categories complementing the group, including cellular factors, protease inhibitors, signaling proteins, coagulators and protein synthesis components. These categories reinforce the view that human milk is rich in bioactive proteins, and that many of these proteins are related to either passive immunity or immune development of the infant [7,8]. The transport and enzyme categories are most closely linked with development of a fully functional gastrointestinal tract.

How do the levels of these 200 milk proteins change over time? Mother’s milk was collected weekly for the first month, then at two-monthly intervals [6]. What became clear from the results was that there was no discernable change in which proteins were present, but there was a marked change in the amount of some proteins. Again, the categories of proteins that changed were immune, transport, and enzyme. The change in concentrations of proteins in the transport category was largely attributed to bile-salt activated protein and lactalbumin, and for the enzyme category, to albumin and fatty-acid binding protein-3.

The number of immune-related proteins and their patterns of changing concentrations were more complex. Generally, molecules associated with passive immunity—immunity provided directly from the mom via the human milk—were at their highest in colostrum or early milk. This is the period when the newborn infant is most susceptible to infection, and when maternal resistance to pathogens can be most effectively transferred. There were over fifty proteins in the immune-related category, but the most significant changes were in immunoglobulins (antibodies), lactoferrin, and a protein called CD14. Immunoglobulins are a family of proteins that specifically recognize bacteria and viruses. Lactoferrin and CD14 are examples of proteins of the innate immune system, so called because this system has an inherent capacity for immediate action against any pathogen. Together, the immune-related proteins provide a front-line defense against infection, and they also actively contribute to development of the neonatal immune system and its complex interactions with the emerging micro-flora of the maturing gut [9–11].

The results of the study by Zhang et al. [6] confirm the dynamic nature of lactation and the composition of human milk. Even though the composition varied widely among mothers, the proteins that were consistently present indicated that human milk continues to have biological activity over six months of lactation in addition to its crucial role in nutrition. Mother’s milk changes; infant formulas are static. How much does it matter? And if it does matter, how can infant formulas be improved? How this may be addressed using milk from dairy cows is a key question for the dairy industry and manufacturers of infant formula.