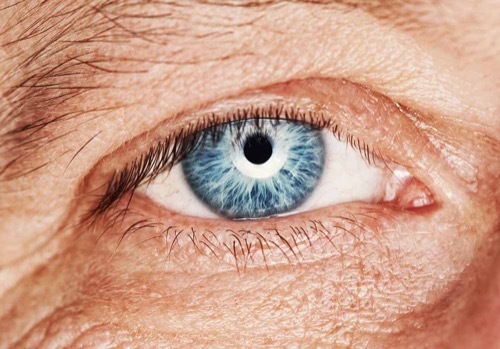 Age-related macular degeneration (AMD) is the leading cause of blindness in the world. The macula is a circular region at the back of the eye and a key structure in the retina. Within the macula is a concentration of cells that are essential for detecting color in high definition, in other words for seeing clearly. This region of the eye is markedly affected by age, and in many older people, degenerates into blindness. A recent epidemiological study, published in the British Journal of Nutrition, has identified an association between dairy consumption and reduced incidence of AMD (1).

An accumulating body of evidence indicates that among other things, nutrition has an impact on what happens in the eye as we get older. More specifically, we know that specific nutrients may affect macular degeneration. There is also a body of evidence to suggest that milk and dairy contain nutrients that have a positive effect by slowing the rate of some age-related processes. Gopinath et al (1), from the Centre for Vision Research at the University of Sydney, investigated a potential connection between the impact of dairy and AMD. They had the ideal study cohort to investigate—a group of aging Australians who had been studied for over 15 years.

The Blue Mountains are immediately west of Sydney metropolis. During the 1970s and 1980s, the demographic of this region changed, and it became a popular area for urban expansion and retirees. This was recognized by Dr. Paul Mitchell, the senior author on this publication, as an opportunity to study a localized population as they reached their senior years. Professor Mitchell has followed these people to measure the impact of aging on eye health for over 25 years. Dr. Mitchell’s group originally surveyed 3,654 people, and in this study, looking at a 15-year time period, they collected answers on diet from 1,149 of those original participants. They were interested in a range of foods, including milk, cheese and yoghurt, and also total intake of calcium, which was closely related to dairy intake. When they looked at the rates of AMD in this cohort, those people who consumed more dairy had a reduced incidence of disease. The incidence was reduced on average approximately 3-fold, whereas, consumption of low levels of dairy increased the risk by a similar amount. Similar observations were recorded whether the dairy consumption was reduced fat, and total calcium intake followed the same trend of decreased AMD with increased intake.

We also know that some people carry differences in their genome that affect susceptibility to AMD. The researchers were able to look into the study population and dismiss this as the cause of these observations. In other words, this marked reduction in AMD was definitely associated with intake of dairy foods.

What are the potential effects of dairy that may have an impact on AMD (2)? Oxidative stress is often pointed to as a significant factor in age-related degenerative diseases. Oxidative stress refers to the ability of cells in the body to cope with free radicals. This is a term used to describe hyperactive molecules, especially forms of oxygen, which can disrupt normal biochemical processes in cells and lead to inflammation. Ultimately, these free radicals contribute to wear and tear as we age, and reduce our capacity to mend problems as they arise. The cells in the macula are particularly sensitive to this type of damage, and probably reflect similar damage happening to cells in other parts of the body. So what does this have to do with dairy consumption? Dairy products appear to have antioxidative and anti-inflammatory properties, that is, they mop up free radicals and reduce inflammation (3). Although much of this evidence is still correlative, and the mechanisms elusive, a direct link between these observations and long-term effects on eye health are certainly plausible.

Another reason to include dairy in a healthy balanced diet: live long and see clearly.