Do offspring inherit more than genes? 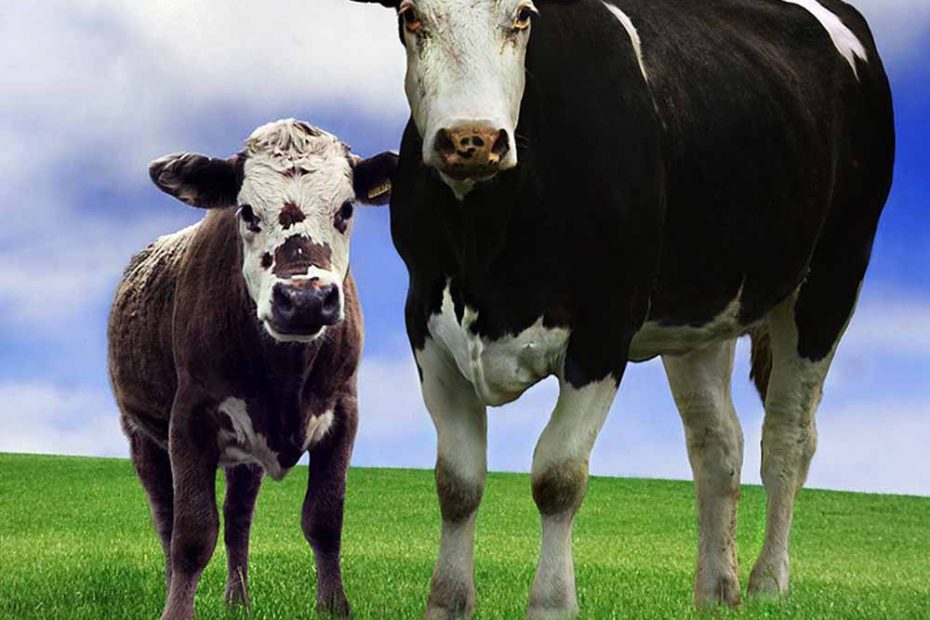 What if the saying “you are what you eat” became “you are what you and your parents ate”? The written slate of life’s experiences may not be completely wiped clean between generations. How would this knowledge influence our behavior as humans? How would it change livestock production systems?

Emerging research on many fronts is demonstrating that some of the effects of what parents eat and experience in their reproductive lifetimes can be inherited by the next generation. This genetic ‘heresy’, aptly called epigenetics, or ‘above’ genetics, potentially has far reaching consequences for understanding disease risk in humans and it may have important implications for the dairy industry.

A recent publication by Singh and colleagues1 reviews some of the evidence for epigenetic influences in humans, mice, and the dairy cow. Epigenetics is the study of heritable changes in a biological trait caused by molecular alterations occurring at the level of the genome, but not including changes in the underlying DNA sequence.

DNA is the fundamental genetic material of life, which in its entirety is known as the genome of an organism. It contains approximately 25,000 genes in mammals and is unchanged in all cells of an individual. Genes largely code for proteins which are the building blocks and regulators of the biological functions of every cell.

How then does the unchanging DNA sequence present in the zygote, or fertilised egg, generate the huge variety of different adult cell types, such as those in brain, muscle, and mammary cells? The answer to this apparent paradox is epigenetics. This is the process of applying exquisitely detailed programs of molecular marks to the genome which change gene activity during animal development. In this way, each tissue is formed by the activities of different groups of active and silent genes. Importantly, these epigenetic marks are faithfully inherited from one cell division to the next within an animal, yet are usually erased during formation of the gametes, sperm and ova, and during the earliest stages of zygote life. The resetting of the cycle of life is thus complete.

Although animal development is the dominant reason for epigenetic control of gene activity, some epigenetic marks are also modified by environmental influences. These can be acquired early in life and then persist throughout life. In rare instances, these marks are not erased during the formation of new gametes and can be passed onto the next generation. This type of epigenetic mark records life’s experiences and can alter gene activity to modify offsprings’ responses to changing environmental challenges.

In their recent paper, Singh and colleagues first summarised evidence that epigenetics may play an acute role in regulating the decline in production of milk proteins occurring after cessation of milk removal in dairy cows (mammary involution) and during mastitis. Mastitis induced by different types of bacterial infections caused a shut down of casein protein synthesis in cow mammary tissue and a corresponding change in specific epigenetic marks associated with an important regulator of αS1-casein gene activity. The caseins are the most abundant proteins in milk. The same site in the genome was also similarly epigenetically marked during the early reversible stage of involution when there is pronounced decrease in the activity of this gene. The site then regained its lost epigenetic marks after reinitiation of milking following a period of cessation of milking. Clearly, changes in epigenetic marks in mammary tissue are part of the normal biological adaptations of this tissue to the environmental challenges of mastitis and cessation of milking.

Singh and colleagues next focussed on the evidence for transgenerational epigenetic inheritance of biological traits. Perhaps some of the best documented evidence is derived from epidemiological studies of the Dutch famine of 1944, which is referred to as the Dutch Famine Cohort Study. The study demonstrated that women who were pregnant during this period gave birth to smaller babies who later in life were more susceptible to health problems such as diabetes, obesity, and cardiovascular disease. The children of these children were also smaller, but the effect seems to rapidly diminish in succeeding generations. This study showed there was acquired but waning inheritance of ill health susceptibility traits triggered by an acute environmental challenge, starvation.

This and other information led to the ‘fetal origin hypothesis,’ or Barker hypothesis (after David Barker who published the theory in 1997), which states that reduced fetal growth is associated with increased risk of a number of diseases later in life. The increased risk results from adaptations by the fetus to the limited supply of nutrients from the mother. It is likely that some of these adaptations involve changes to epigenetic marks at specific sites in the genome, although definitive evidence proving this link is still required.

More compelling is the evidence for transgenerational inheritance in mouse studies. These investigations have, for example, revealed that specific nutritional supplements given to a particular strain of pregnant mice caused changes in the coat colour of adult mice in the next generation. The gene responsible for the coat color change in the offspring was shown to have altered epigenetic marks and altered gene activity, thereby providing a strong link between changes in epigenetic marks and change in coat color.

There is a variety of additional evidence supporting the importance of epigenetics in transgenerational inheritance of biological traits. A mammal contains two copies of each gene, which are resident on paired chromosomes. These paired genes have paternal or maternal origins, but typically their activities are not influenced by the parental origin of the gene. However, for about 100 genes, their activities strictly depend on only a single parent. This pattern of gene activity is called genomic imprinting, and underpinning this effect is a striking program of epigenetic marks in the vicinity of one parental gene but not the other. These genes have strong roles in fetal growth and development and are thought to regulate the delicate balance between the energy demands of the growing fetus and the energy needs of its mother. Parental imprinting of genes can also lead to situations where a single genetic defect can cause two very different diseases in offspring depending on whether the defect is inherited from the mother or father.

Another striking example of these parent-of-origin effects is the cross between a horse and a donkey, which results in either a mule or a hinny, two very different animals, depending on the parental direction of the cross. Moreover, a mutation in the genome of a line of sheep, called callipyge, causes enhanced muscling, leanness, and marked changes in gene activities and epigenetic marks near the site of the mutation. The effects of this mutation only become apparent in offspring when the mutation is inherited from the sire. This is another parent-of-origin imprinting effect. Inappropriate epigenetic marks are also thought to be the cause of the developmental abnormalities appearing in some cloned animals and the condition known as large calf syndrome, which results from the use of assisted reproduction practices. Epigenetic influences are not the biological exception but rather they are at the heart of normal development and animal function.

At present, there is little direct evidence for transgenerational epigenetic inheritance in dairy traits, although there are intriguing hints. Not all of the measured inheritance for dairy traits can be accounted for by simple additive genetic effects. This is not a small deficit as it can account for considerable variability in milk production. Some of this deficit is likely due to epigenetic influences both within and between generations. Further evidence is that a brief period of under-nutrition during gestation can influence subsequent first and second lactations as an adult. This effect is associated with a decrease in use of one particular chromatin mark in late gestation and increased milk protein gene activity during subsequent lactations as an adult. Much more research needs to be undertaken to precisely define the impact of these maternal nutritional influences during gestation on the subsequent milk production of the daughter.

In addition to being the foundation of developmental programs that transform a single fertilised egg into the complexities of an adult animal, epigenetics is also one of the major mechanisms that enable animals to efficiently adapt to changing environmental influences. The latter ability is a huge evolutionary advantage for a species. It may well turn out that the primary inheritance from parents is much more than just their DNA contributions. For the dairy industry, this possibility may provide additional opportunities to enhance milk production through the use of early life nutritional strategies that are designed to impact later in life or even the next generation.