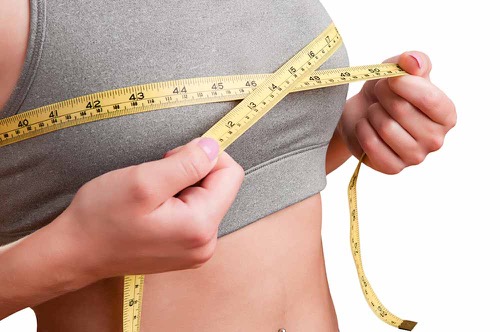 Large breasts are often considered more attractive, but how about their function as organs destined to produce milk for the nourishment of the baby? During pregnancy and, particularly during lactation, women are mostly interested in their breasts as sources of food and growth signals for their baby. But, especially among women with breastfeeding difficulties, it is common for women to wonder, “If I had larger breasts, would I produce more milk?”

Milk supply is the ability of a mother’s breasts to produce sufficient quantities of human milk for the baby. Low milk supply is one of the major reasons why women are discouraged to breastfeed and cease breastfeeding early [1], which has potential detrimental effects for both the mother and the baby.

Breastfeeding is known to provide important benefits for both the baby and the mother. Human milk is a live fluid, containing nutrients and biologically active ingredients, such as hormones and stem cells, essential for the baby’s growth and development. At the same time, human milk delivers microbial protection and the immunity that the mother’s body has acquired during her life [2-4]. Amazingly, the mother’s health is also improved from breastfeeding; it actually can protect the mother against breast and ovarian cancer [5], and improve her cardiovascular and metabolic health. The frustration of not being able to breastfeed is therefore understandable, and warrants further investigation.

A number of factors associated with low milk supply have been identified, such as nipple pain, ineffective nursing, hormonal disorders, breast surgery, certain medications, and maternal obesity. Yet, no effective remedies exist because the actual causes of low milk supply at the molecular level inside a breast’s epithelial tissue are still unknown.

And rightly, the notion exists that women with larger breasts can produce more milk and vice versa. But, is this the case? Research into breast size and milk production shows that milk supply is not dependent on breast size, but rather on the amount of epithelial tissue contained in a breast that is capable of making milk [6].

Various studies have associated mother’s body size with low milk supply and reduced breastfeeding rates and duration. This association remains significant even after considering maternal smoking, age, number of births, and other socioeconomic factors [7-10]. Obese mothers often have large breasts, which sometimes are too large for the baby to properly attach to the nipple, resulting in low breastfeeding success [11]. However, in addition to baby attachment issues, accumulating evidence shows that a major factor preventing overweight and obese mothers to breastfeed is the inability of their breast epithelial cells to start producing copious amounts of milk after birth [7, 8]. This is often referred to as unsuccessful initiation of lactation.

But what prevents initiation of lactation in these women despite the fact that many of them have large breasts, which could be perceived as high ability to produce milk? Looking inside a woman’s breasts is not an easy task, especially during pregnancy and lactation, because this requires a biopsy, which is a rather invasive procedure. To overcome this difficulty, a recent study took advantage of breast epithelial cells non-invasively isolated from human milk [12]. In these cells, certain genes are turned on, which enable the cells to gradually make milk as the breast matures during pregnancy, and then deliver it to the baby during breastfeeding.

The study reported a negative association between maternal BMI (body mass index), and the function of a gene that represents the milk-producing cells [12]. This suggested that the breast epithelial tissue is not as mature and ready to make copious amounts of milk in mothers with higher BMI. Most likely, the large breasts of overweight or obese mothers contain more fat cells than milk-making cells, which can explain the low milk supply of many of these mothers [13].

Therefore, breast size does not necessarily translate to more milk-producing cells or higher ability to make milk. Interestingly, the change in breast size (breast volume) from pre-pregnancy to lactation can be an indicator of how well the breast performs during lactation; in other words, how much the milk-producing tissue in the breast grew during pregnancy may predict its ability to make milk [12].

And, in addition to maintaining a normal weight, it seems that a full term pregnancy is important in reaching this ability. The same study reported that the closer a baby was born to term, the better developed the breast of its mother was in terms of its ability to make milk [12]. A number of women giving birth preterm have insufficient milk supply and compromised lactation [14]. Ongoing research is further investigating the molecular causes of this issue, which may help develop management avenues to improve breastfeeding for these mothers and their babies.

The milk-making ability of the breast is an inherent property that fulfills its purpose to nourish the baby. Indeed, the only time during the life of a woman when her breasts reach their full functional maturation is during lactation. This further signifies the uniqueness of this organ, and calls for further investigations of its biology, as well as its pathologies, such as low milk supply. Understanding the molecular mechanisms that govern normal milk synthesis will provide important insight into what goes wrong in mothers that are unable to produce sufficient quantities of human milk for their babies. Larger does not necessarily mean better—quality is superior to quantity.