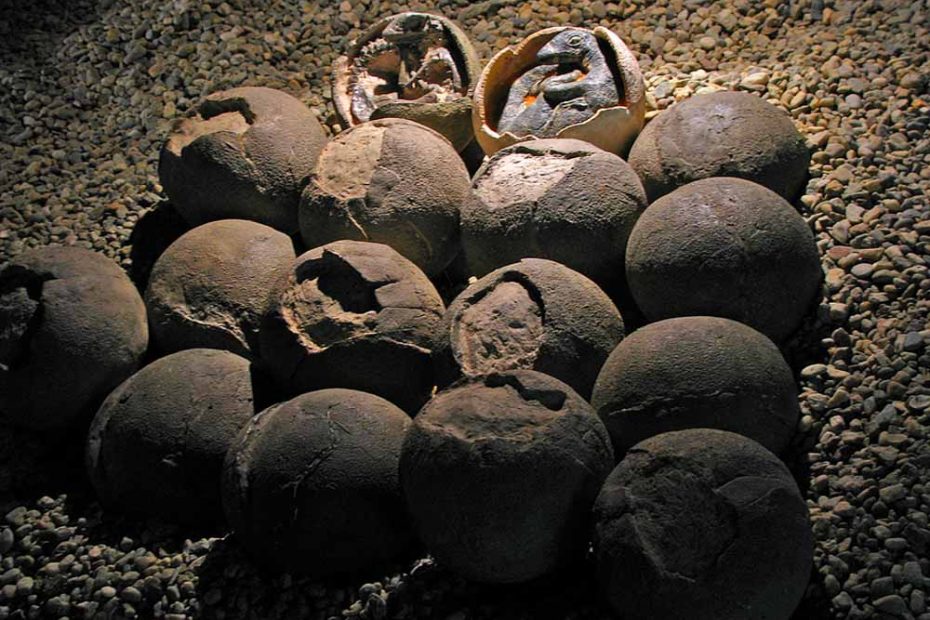 Milk is everywhere. From the dairy aisle at the grocery store to the explosive cover of the Mother’s Day issue of Time magazine, the ubiquity of milk makes it easy to take for granted. But surprisingly, milk synthesis is evolutionarily older than mammals. Milk is even older than dinosaurs. Moreover, milk contains constituents that infants don’t digest, namely oligosaccharides, which are the preferred diet of the neonate’s intestinal bacteria (nom, nom, nom)! And milk doesn’t just feed the infant and the infant’s microbiome; the symbiotic bacteria are IN mother’s milk.

The fossil record, unfortunately, leaves little direct evidence of the soft-tissue structures that first secreted milk. Despite this, paleontologists can scrutinize morphological features of fossils, such as the presence or absence of milk teeth (diphyodonty), to infer clues about the emergence of “milk.” Genome-wide surveys of the expression and function of mammary genes across divergent taxa and experimental evo-devo manipulations of particular genes yield critical insights. As scientists begin to integrate information from complementary approaches, a clearer understanding of the evolution of lactation emerges.

In his recent paper,1 leading lactation theorist Dr. Olav Oftedal discusses the ancient origins of milk secretion. He contends the first milk secretions originated ~310 million years ago (MYA) in synapsids, a lineage ancestral to mammals and contemporaries with sauropsids, the ancestors of reptiles, birds, and dinosaurs. Synapsids and sauropsids produced eggs with multiple membrane layers, known as amniote eggs. Such eggs could be laid on land. However, synapsid eggs had permeable, parchment-like shells and were vulnerable to water loss. Burying these eggs in damp soil or sand near water resources- like sea turtles do- wasn’t an option, posits Oftedal. The buried temperatures would have likely been too cold for the higher metabolism of synapsids. But incubating eggs in a nest would have evaporated water from the egg.

The synapsid egg was proverbially between a rock and a hard place: too warm to bury, too permeable to incubate. Luckily for us, a mutation gave rise to secretions from glandular skin on the belly of the synapsid parent. This mechanism replenished water lost during incubation, allowing synapsids to lay eggs in a variety of terrestrial environments. As other mutations randomly arose and were favored by selection, milk composition became increasingly complex, incorporating nutritive, protective, and hormonal factors.1 Some of these milk constituents are shunted into milk from maternal blood, some–although also present in the maternal blood stream–are regulated locally in the mammary gland, and some very special constituents are unique to milk. Lactose and oligosaccharides (with lactose at the reducing end) are two constituents unique to mammalian milk, but are interestingly divergent among mammals living today.

Last month, SPLASH associate editor Anna Petherick’s post “Multi-tasking Milk Oligosaccharides” revealed that oligosaccharides serve a number of critical roles for supporting the healthy colonization and maintenance of the infant’s intestinal microbiome. Beneficial bacterial symbionts contribute to the digestion of nutrients from our food. Just as importantly, they are an essential component of the immune system, defending their host against many ingested pathogens.

Human infants have bigger brains and an earlier weaning than do our closest ape relatives. Many anthropologists have hypothesized that constituents in mother’s milk, such as higher fat concentrations or unique fatty acids, underlie these differences in human development. But only oligosaccharides, a constituent that the human infant does not itself utilize, are demonstrably derived from our primate relatives.4

At some point in human evolution there must have been strong selective pressure to optimize the symbiotic relationship between the infant microbiome and the milk mothers synthesize to support it. The human and Bifidobacteria genomes show signatures of co-evolution, but the selective pressures and their timing remain to be understood.

Vertical transmission of bacteria via milk

In the womb, the infant is largely protected from maternal bacteria due to the placental barrier. But upon birth, the infant is confronted by a teeming microbial milieu that is both a challenge and opportunity. The first inoculation of commensal bacteria occurs during delivery as the infant passes through the birth canal and is exposed to a broad array of maternal microbes. Infants born via C-section are instead, and unfortunately, colonized by the microbes “running around” the hospital. But exposure to the mother’s microbiome continues long after birth. Evidence for vertical transmission of maternal bacteria via milk has been shown in rodents, monkeys,5 humans,6 and… insects. Yes, INSECTS!

A number of insects have evolved the ability to rely on nutritionally incomplete food sources. They are able to do so because bacteria that live inside their cells provide what the food does not. These bacteria are known as endosymbionts and the specialized cells the host provides for them to live in are called bacteriocytes. For example, the tsetse fly has a bacterium, Wigglesworthia glossinidia,* that provides B vitamins not available from blood meals. Um, if you are squeamish, don’t read the previous sentence. 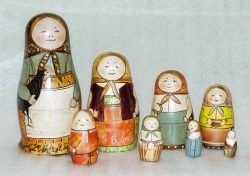 Hosokawa and colleagues7 recently revealed the Russian nesting dolls that are bats (Miniopterus fuliginosus), bat flies (Nycteribiidae), and endosymbiotic bacteria (proposed name Aschnera chenzii). Bat flies are the obligate ectoparasites of bats.8 They feed on the blood of their bat hosts, and for nearly their entire lifespan, bat flies live in the fur of their bat hosts. Females briefly leave their host to deposit pupae on stationary surfaces within the bat roost.7,8 Bat flies are even more crazy amazing because they have a uterus and provide MILK internally through the uterus to larva! Male and female bat flies have endosymbiotic bacteria living in bacteriocytes along the sides of their abdominal segments (revealed by 16S rRNA). Additionally, females host bacteria inside the milk gland tubules, “indicating the presence of endosymbiont cells in milk gland secretion”. 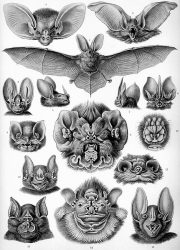 The authors are not yet certain of the specific nutritional role that these bacterial endosymbionts play in the bat fly host. The bacteria may provide B vitamins, as other bacterial symbionts of blood-consuming insects are known to do. My main question is what is the exact role of the bacteria in the milk gland tubules? Are they there to add nutritional value to the milk for the larva, to stowaway in milk for vertical transmission to larva, or both?

The studies described above represent new frontiers in lactation research. The capacity to secrete “milk” has been evolving since before the age of dinosaurs, but we still know relatively little about the diversity of milks produced by mammals today. Even less understood are the consequences and functions of various milk constituents in the developing neonate. Despite the many unknowns, it is increasingly evident that mother’s milk cultivates the infant’s gut bacterial communities in fascinating ways. A microbiome milk-ultivation, if you will, that has far reaching implications for human development, nutrition, and health. Integrating an evolutionary perspective into these newly discovered complexities of milk dynamics allows us to reimagine the world of dairy science.

*I submit the tsetse fly and its bacterial symbiont (Wigglesworthia glossinidia) for consideration as the number one mutualism in which the common name of the host and the Latin name of the bacteria are awesome to say out loud! Bring on your challenger teams.