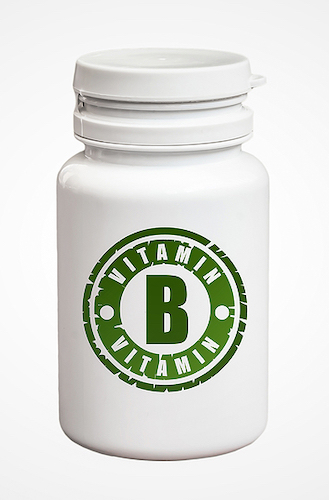 Red meat, fish, beans, and cow milk are all good dietary sources of B vitamins. But what about human milk? The answer is more complicated than a simple yes or no. Unlike cow mothers who have bacteria in their rumen that synthesize vitamin B12 during food digestion, human mothers rely on their diet to supply milk with B vitamins [1]. Because populations in many parts of the world suffer from vitamin B deficiency due to poor quality diets or dietary preferences that exclude animal products (e.g., vegetarian and vegan diets), human milk B vitamin composition varies widely across mothers [1–10].

The impact of this variation on infants could be critical. B vitamins play a role in neurodevelopment and inadequate intakes of these micronutrients during infancy could negatively influence growth and development [1–6]. As a result, research on milk B vitamin content has focused on identifying dietary patterns associated with lower levels of B vitamins in milk and developing intervention strategies to improve infant outcomes.

Most studies to date have investigated human milk vitamin B12 and thiamin (B1) content, but there are eight different vitamins that make up the B vitamin complex. They are grouped together because they are all water soluble (i.e., not stored in the body) and all play a role as co-enzymes in cellular functions (i.e., they help enzymes complete biochemical reactions).

Vitamin B12 is supplied by animal products including red meat, fish, poultry, and dairy. Diets with limited access to these foods or those that exclude them purposefully are at risk for vitamin B12 deficiency. In South America, the prevalence of vitamin B12 deficiency is estimated at 40% of the population and as high as 60% in parts of Asia and Africa [4, 7, 9]. In infants, vitamin B12 deficiency has been associated with failure to thrive and developmental delays [4].

With that in mind, intervention strategies have focused on improving maternal vitamin B12 status during pregnancy and lactation among vitamin B12-deficient populations. A study in Cameroon [10] found that vitamin B12 fortification of flour had a greater influence on milk vitamin B12 levels than did a high-dose supplementation. This finding suggests a higher nutrient transfer to milk with dietary sources compared with vitamins and/or improved absorption with smaller amounts of vitamin B12 throughout the day compared with a single dose [7]. Given the observation that milk vitamin B12 levels drop once supplementation stops [9], an intervention that can be maintained throughout the course of pregnancy and lactation—like fortification of foods that the women are likely to consume—is ideal. These foods would also benefit developing infants consuming mixed diets (mother’s milk and other foods) or those that are completely weaned, increasing their impact on infant health.

Thiamin is found in pork, fish, green vegetables, and brown rice. White rice, however, is thiamin poor, and diets high in polished white rice (particularly those that are also high in carbohydrates) are susceptible to thiamin deficiency [5, 6]. In infants, thiamin deficiency could lead to long-term cognitive impairments and neuronal damage [5, 6].

Two newly published studies [5, 6] investigated the relationship between maternal supplementation, milk thiamin levels, and infant cognitive, motor, and language development in a Cambodian population. Thiamin deficiency in Cambodia is estimated to affect 27% of women of reproductive age and 38% of infants 6-12 months of age [3]. A randomized supplement study [6] of nursing mothers provided either a placebo, 1.2 mg thiamin, 2.4 mg thiamin, or 10 mg thiamin daily from week 2 through week 24 of lactation. They found the 1.2 mg supplementation was sufficient to produce milk levels similar to those from populations in the U.S. and Finland where thiamin intake is sufficient (i.e., approximately 200 micrograms per day for infants less than 6 months of age) [6]. However, they also noted a dose-dependent relationship between the amount of thiamin mothers received and infant scores on learning and language assessments; infants of the mothers in the 10 mg group performed significantly higher than infants in all the other groups, particularly placebo [5]. Unfortunately, language scores decreased in all supplement groups—but most rapidly in the 10 mg group—after supplementation ended at 24 weeks through 52 weeks of age [5]. This highlights the need for continued maternal thiamin supplementation throughout lactation, as well as the need to provide thiamin-rich (or thiamin-fortified) complementary infant foods to maintain the neurocognitive gains [5].

Additionally, the researchers found a positive association between milk thiamin concentrations at week 2 of lactation (before supplementation) and measures of infant cognition at 12, 24, and 52 weeks of age [5]. This suggests that maternal thiamin status during pregnancy could be critical for optimal infant development and supplementation during lactation alone may not be sufficient.

Considering the influence B vitamins have on infant development alongside the rates of B vitamin deficiencies across the globe, it seems imperative to provide appropriate interventions to improve infant outcomes. But as the studies summarized above make clear, the real goal is not simply increasing milk values of these vitamins. Interventions must focus on achieving adequate nutritional intakes for mothers—throughout their reproductive life span.