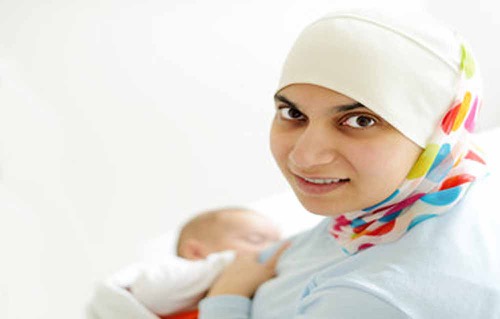 When it comes to understanding the links between breastfeeding and diabetes, causation runs both ways. Diabetes can influence if and for how long a new mother breastfeeds. On the other hand, developing diabetes during pregnancy and lactation can affect mother’s metabolic health later in life. As more studies in these fields generate results, a complex picture is emerging of interacting risk factors.

The metabolic gearshifts involved in growing and nurturing another human being are substantial. Not only does a pregnant woman’s body mass change relatively rapidly over time, but in the United States, the Centers for Disease Control in Atlanta has recorded 8.8% of pregnant women developing gestational diabetes, even though just 1.7% of these women were diabetic before they became pregnant. Although the reasons for this uptick are yet to be fully understood, it is partially because pregnancy hormones can make the body more resistant to insulin, which explains why diabetes disappears again after a woman has given birth in most cases. At that stage, a new mother’s body spends about 500 calories more than it normally would on a daily basis if she breastfeeds. And yet, despite these dramatic changes, a recent paper by Ted Jost of ETH Zurich and his colleagues shows that the composition of bacterial species in the gut remains fairly stable throughout (1).

But how might diabetes influence breastfeeding? For one, getting things up and running seems to be more difficult for women with a history of diabetes prior to becoming pregnant. This has been demonstrated by a trawl of the CDC’s data on the 73,000-odd women who became pregnant in 30 states of the US between 2009 and 2011. Using this information, a team of researchers from Ohio and West Virginia has found that even though pre-pregnancy diabetes makes initiating breast-feeding harder, starting to lactate appears to be no more difficult for women who develop gestational diabetes compared to diabetes-free mothers (2).

But other studies indicate the opposite. One of them examines data from northern Californian women who enrolled in a cohort called SWIFT(3). It looked at the more immediate factors for delayed onset of breastfeeding among women with gestational diabetes. As many as 33% of these women had to wait for more than 72 hours after giving birth to develop the fullness of the breast that indicates the arrival of milk. The same statistic for new mothers in general (diabetic or not) is 22% (4). According to the SWIFT results, the additional factors that appear to prompt a delay in lactation are obesity and older age. But the underlying mechanisms for these effects still need some attention.

There are, however, clearer answers to the question of how diabetes is associated with breastfeeding duration. The same CDC data trawl on women who become mothers from 2009 to 2011 found that having diabetes before pregnancy as well as developing it during pregnancy are both linked to a shorter breastfeeding period. Breastfeeding duration is important because, for example, it affects the odds that the infant will develop potential health problems when they are older. All things being equal, people who were breastfed struggle less with their weight and cholesterol levels (5).

Mother’s metabolic health is also influenced by her reproductive decisions (6). Indeed, women who develop gestational diabetes are more likely than those who do not (and have no medical history of diabetes) to become diabetic in the years that follow giving birth. Perhaps the most insightful recent examination of this point comes from Iran, where 98% of women breastfeed, at least for a while. The Holy Quran suggests that new mothers should breastfeed for 2 years- so, as a result, many Iranian mothers lactate for much longer than the World Health Organization’s recommendation of 6 months exclusive breastfeeding.

The Tehran Lipid and Glucose Study is noteworthy because it found a dose-dependent effect (7). Women in the study who breastfed for as least as long as the Quran recommends were less likely than those who breastfed for less than this period to develop metabolic syndrome. So, when mothers have both infants and young children feeding from them, they are, without realizing it, investing in their own long-term health.

Interestingly, for women who have previously had gestational diabetes, the reoccurrence of this problem with another pregnancy does not worsen their metabolic health down the line. This was recently demonstrated by Winhofer et al, who measured outcomes such as insulin sensitivity, secretion, and cardiovascular risk factors (8). It is worth mentioning because the results indicate that women who experienced diabetes during one pregnancy should not be put off a second pregnancy out of concerns for their own well being.

This field is particularly relevant in a context where diabetes is on the rise in many developing, as well as developed nations. Perhaps these results could provide a new means of promoting breastfeeding where it is uncommon, by, in essence, appealing to some women’s more selfish instincts? That would be good for infants, too. It’s worth a shot.