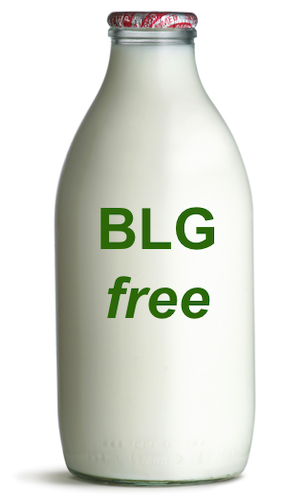 Designer jeans are fashioned to suit the individual needs of each human body shape. A good pair of well-cut jeans makes all the difference – they can be tailored to make a person comfortable at an informal BBQ or a theatre premiere. The versatility of the primary design of jeans allows a good fit for one and all, and this is the key to their perpetual success.

Like jeans, the same basic design for milk is used by each mammalian species; milk is just formulated differently to suit the specific needs of the young of each species. The processes of evolution through the action of natural selection have ‘designed’, or shaped, milk to be exquisitely formulated to meet the unique developmental needs of the newborn of each mammalian species.

The reason for this varied composition of milk is the young of some species, such as the cow, are born in a very advanced developmental state, while for other species, such as man, the young are born in a much less developed state. The different developmental stages of the newborns of these species require different formulations of the basic components of milk to optimise newborn growth and health. Occasionally, the milk from some species contains components not found in the milk of other species.

Allergy to a protein in cow’s milk

Cow’s milk contains a natural protein, β-lactoglobulin, not present in human milk. The biological role of this protein, apart from making available an additional source of protein to the growing calf, is unclear. About 2-3% of human infants from developed countries are allergic to this cow milk protein. This is not a scientific surprise. The allergy manifests as diarrhoea, vomiting, and to a lesser extent, respiratory issues and skin rashes.

To date, the allergy to β-lactoglobulin in some infants has been minimised by the specialised manufacturing of enzymatically hydrolysed whey proteins, a treatment of milk that converts β-lactoglobulin protein into smaller, less immunogenic fragments. However, this is not a perfect process, and some β-lactoglobulin fragments can still induce allergies in susceptible infants. Removing β–lactoglobulin from cow’s milk to make it more like human milk is the obvious alternative.

New Zealand researchers1 have now ‘designed’ a cow that produces little, if any, β-lactoglobulin in its milk. The research was recently published in the prestigious Proceedings of the National Academy of Science. The research described in this scientific paper is groundbreaking and opens up the possibility of the production of cow’s milk that does not induce an allergic response to β-lactoglobulin in at-risk humans. This new milk potentially fills a niche market designed to satisfy the specific and unique needs of a small section of the population. However, caution and considerable additional research are still required.

There is still a long way to go before this hypoallergenic (low-allergy) milk could be available to the public. First, the milk will need rigorous and long-term testing for safety and quality, initially in animal models and then in humans. Second, the postulated health benefit of this hypoallergenic milk has to be proven in the at-risk human population. Third, suitable herds will need to be raised and the milk supply line from these cows will likely need separation from mainstream unmodified milk. The welfare of the animals must also be considered. Fourth, there will be a requirement for public acceptance of the technology used to engineer these cows. The latter issue is likely to be a major hurdle, as it involves acceptance of genetic engineering of the cow.

Genetic engineering technology employed to increase agricultural production in animals per se, where the primary benefit goes back to the producer or processor, is unlikely to be accepted by the public in the foreseeable future. However, the use of the technology to produce a proven, safe, and quality food product that, additionally, has strong health benefits to sections of the consumer population, may be accepted and highly successful. After all, diabetics have been using human insulin, produced through genetic engineering of microbes, for a considerable time, and there are many other examples of the use of this technology for human health applications.

The scientific strategy taken by the New Zealand researchers to remove β–lactoglobulin from cow’s milk is very smart. In the future, we are likely to see much more implementation of this general strategy, potentially leading to a wide range of new applications and health products.

The usual scientific strategies for removing a protein are to either eliminate the protein in the processing stage, as already described, or use gene ‘knock-out’ technology. The latter technology is well-established and routinely used in mice. However, for reasons unclear, gene knock-out technology does not work well in livestock. In an alternative but highly effective, approach, the researchers exploited the recent discovery of microRNA to suppress the production of β–lactoglobulin in cows. This discovery, initially made about 15 years ago, has profoundly increased scientist’s understanding of a fundamental regulatory system used by plants, animals, and some viruses to control gene activity.

When a gene is active, it produces, or transcribes, a specific messenger RNA (mRNA) that ultimately encodes the information for making each protein. An mRNA is the carrier of the protein design information encoded within an active gene. A microRNA is a small RNA molecule that targets a specific mRNA, and in doing so, the microRNA blocks the cellular manufacture of the corresponding protein.

After demonstrating the feasibility of this approach in mice, the researchers undertook a similar experiment in a cow named Daisy. Analysis of the milk from Daisy revealed the complete absence of β–lactoglobulin from her milk. Moreover, Daisy was designed to only produce the microRNA in the mammary gland, and only during lactation, thereby greatly minimising the chances of unintended effects in other tissues, although this expectation has not yet been proven.

The scientists also highlighted a few additional noteworthy features of their research. They showed the removal of β-lactoglobulin from cow’s milk corresponded with an approximate three-fold increase in the total casein content of the milk. In particular, there was considerable increase in the κ-casein content (about four-fold), possibly leading to smaller casein micelle size and greater ability to bind calcium. These observations suggest the milk may have retained increased calcium, which is both a strong health benefit to humans and suggests this milk would be very suitable for cheese manufacturing. However, these are only predictions.

The researchers also reported unanticipated features of the technology. Only one cow, Daisy, was born from five pregnancies. The reasons for this are not clear. Daisy was also born without a tail, but this was likely due to the engineering technology itself and not the specific design features that led to the inhibition of β–lactoglobulin protein synthesis, the authors explained. Clearly, considerable future research is still required.

Identifying the biological role of β–lactoglobulin

Scientists can also investigate the biological roles of β–lactoglobulin in cows’ milk as they now have suitable animal models and molecular tools. The old concept that the only function of β–lactoglobulin in cow’s milk is to supply additional protein to the calf may be simplistic. If this concept is true, it begs the question of why the ancestors of the modern cow didn’t just produce more casein in milk during the evolutionary process. Research showing that β–lactoglobulin binds small molecules in cow’s milk, including retinol and vitamin D, suggests there may be a few surprise discoveries in future research in this area. There is also the possibility that cow β–lactoglobulin may have undiscovered positive health benefits for humans.

Milk is uniquely designed for the needs of each mammalian species, and this feature has probably helped underpin the success of mammals as a group. There is much more we can learn about milk by understanding the biological reasons for its design differences between species. Some of this information is likely to lead to new products beneficial to humans.