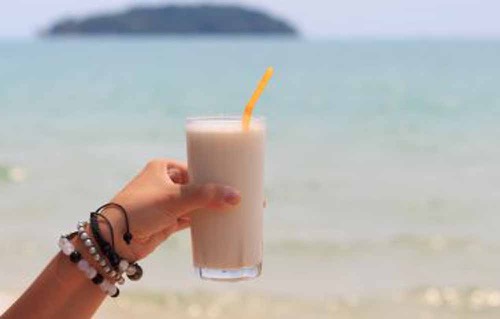 When, a few years ago, researchers analyzed fecal samples from volunteer undergraduates at Swinburne University of Technology, in Victoria, Australia, they didn’t necessarily expect to find evidence of the students’ examination stress. Yet the fecal lactic acid levels—reflecting the amount of “good bacteria” of the genus Lactobacillus in the students’ guts—took a dive during the exam period [1]. In other words, exam stress had caused the volunteers’ intestines to become more favorable environments to pathogenic organisms. As the exams went on, things only got worse: the researchers observed day-by-day reductions in the undergraduates’ fecal lactic acid levels. This couldn’t have been because exam-period diets were messing with the students’ health—the only significant dietary change was an increase in coffee consumption.

Since this finding was reported in 2008, the interplay between stress and the composition of bacterial communities in the gut has been probed much further. Not only does stress appear to alter the body’s flora, but the reverse also seems to be the case: gut microbiota seem to influence the brain and behavior, in particular altering how mammals respond to stress. The evidence in the latter direction is still somewhat tentative, but nonetheless suggests a cheap and simple anxiety-busting remedy: eating foods that tend to shift gut bacterial populations towards healthier compositions.

The causal chain in the direction that the Swinburne University students demonstrated begins with a rise in the levels of hormones that are induced by stress. In mice, Escherichia coli levels have been shown to multiply 10,000 times following a dose of norepinephrine (noradrenaline) [2], a hormone made by cells of the nervous system that readies the brain and body for action, causing a sense of anxiety. Many other bacterial species react in similarly dramatic ways in laboratory tests, including Salmonella enterica, a bacterial species sometimes found in gone-off eggs.

The causal chain going the other way centers on the idea that gut microbiota can influence the reactivity of the immune system, with the proteins they produce priming it to respond to stressors in an accentuated manner. This, in turn, implies changes in the way that mammals behave in response to stressors. For example, a major metabolite generated by good gut bacteria is butyrate, which is important in the inflammatory response of the colon. Its action is partly down to how it influences gene expression via an enzyme, which it inhibits, called histone deacetylase inhibitor (HDAC). HDAC regulates transcription. So, when HDAC is bound to a gene’s “on-switch” in immune cells called T-cells, the presence of butyrate increases the production of proteins encoded by that gene. This has been observed for the Fas promoter (or, “on switch”), for which the presence of butyrate leads to an increase in the number of Fas receptors on the surface of T cells [3]. That makes them more ready to commit cell suicide—which is thought to reduce gut inflammation.

That’s just one example of how gut microbiota can influence physical stress. But there are likely other mechanisms at play, through which populations of bacteria in the gut alter mammals’ responses to more psychological forms of stress.

This is demonstrated by a paper published only a few months ago [4], which reports how Andrew Tarr and his colleagues, of Ohio State University, in Columbus, investigated the role of medium-sized sugar molecules—which are found in high levels in breast milk, and well known to shape bacterial communities in infant guts—in altering anxiety-like behaviors. For various reasons, including the ethics of deliberately stressing out human babies, the researchers worked with mice.

Over a two-week period, the mice in the experiment were fed either their usual laboratory diet, or a version of it spiked with one of the most common medium-sized sugars found in human breast milk (some mice were given 3’sialyllactose, while others received 6’sialyllactose). Then the established cohorts of male mice had anxiety forced upon them through the introduction of an aggressive male intruder, for two hours per day over almost a week. These aggressive intruders were mean: if they didn’t initiate an attack or get attacked by a member of the freaked-out established cohort within the first five minutes, the researchers replaced the intruder with a better bully. Typically, the researchers observed the mice in the established cohort cowering, fleeing and exhibiting other kinds of subordinate behavior. The anxiety was also evident in levels of the stress hormone corticosterone, in the animals’ blood, in samples taken shortly after the final session in a bully’s company.

When the mice were suitably stressed out, the real test came in the form of how they responded to being placed in a new type of environment. Given the option of spending time in the dark part of a box versus in the light, mice that are suffering from feelings of anxiety displayed a preference to cower in the dark. Similarly, such mice prefer closed areas to wide open spaces.

When the researchers placed the mice in these kinds of environments, they found that only mice on the control diet behaved anxiously; those fed either kind of medium-sized sugar were as unreserved in exploring the light or open areas of their new environments as mice fed the control diet and that were never exposed to an aggressive intruder. In short, it appeared as though the sugars had somehow helped the mice “bounce back” to a psychologically normal state following a period of high anxiety.

Why this would happen is not entirely clear. It could be that the sugars have a direct impact on the animals’ brains. But a likely avenue is that their effects are mediated through gut microbiota. Tarr and his team probed this [4]. Genetic sequencing of the bacterial communities found in the animals’ guts after they were stressed out revealed significant differences between the mice fed the normal laboratory diet and those whose meals were spiked with milk sugars. (Meanwhile there was no statistically significant difference between the microbiota of mice fed 3’sialyllactose and mice fed 6’sialyllactose).

Tarr and his colleagues suggest that these sugars helped in the maintenance of a healthy gut bacterial community during a period of high stress. Their absence in the diet thus allowed hormonal shifts involved with anxiety to alter community structure—rather like the undergraduates suffering through their exams.

So, might dairy help people overcome anxiety in general? The lack of studies in humans makes that difficult to answer. But it does seem to help mice overcome a common source of human anxiety—the abrupt discontinuation of nicotine, which occurs when someone quits smoking. In a recent study by Iranian scientists, Negin Noori et al. [5], kefir—the fermented milk drink—was reported to alleviate nicotine cessation-induced anxiety. In this case, however, the researchers point the finger at the amino acid tryptophan, which is both abundant in kefir and a precursor of serotonin, the neurotransmitter whose low levels are linked to the anxious feelings that those who quit smoking often suffer from.

“Sertraline is a very famous prescription pharmaceutical for the treatment of depression, social anxiety disorder, and also panic disorder,” wrote Noori, of the University of Tehran, in an email. “We found that kefir is as capable as sertraline to reduce significantly the signs of anxiety and depression.” Alas, she has no plans to conduct human trials, even though those involved would be volunteering to experience anxiety by choosing to give up smoking.