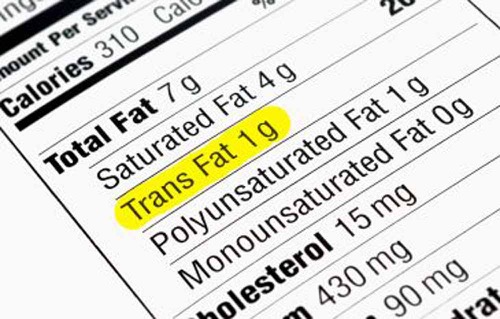 In 2007, they were banned from all restaurants in New York City. In 2013, the Food and Drug Administration (FDA) claimed that they were no longer “generally recognized as safe” for use in human food. And in 2015, the FDA went one step further and gave the food industry three years to remove them from all human food products [1]. What are these evil and soon to be illegal food items?—trans fatty acids (TFA).

Legislation about TFA stems from the poor health outcomes associated with their consumption, particularly in cardiovascular health [2, 3]. It should come as no surprise, then, to learn that the recently released Dietary Guidelines for Americans, 2015-2020 (DGA) recommends all Americans limit TFA intake [3]. But what this recommendation ignores is the fact that not all TFA are created equally. Whereas industrially created TFA (commonly referred to as partially hydrogenated oils) may increase cholesterol and plaque in the arteries, naturally occurring TFA found in dairy may actually provide health benefits, from preventing tumor formation to decreasing body fat composition [2, 3, 5, 6]. Recommendations for avoiding all TFA may be throwing the potentially healthy baby out with the unhealthy bathwater.

Industrial (or artificial) TFA are made by partial hydrogenation of vegetable oils; hydrogen is added to unsaturated fats, which in addition to changing the configuration of the carbon chain, also makes the fatty acid more saturated by removing double bonds. Why would anyone go to the trouble of doing this? TFA, like saturated fats, have a higher melting point and have the advantage of being solid at room temperature. When they are added to prepared foods such as baked goods, frozen pizza crusts, and crackers, they can significantly extend shelf life because they take longer to go rancid than unsaturated fats in the cis configuration. They are also regularly used in restaurants to fry foods because the oil requires less frequent replacement [4]. From a financial point of view, then, TFA offer significant cost savings on the part of the food providers and manufacturers.

It turns out that bacteria that live in the first stomach chamber (or rumen) of ruminants (e.g., cows, sheep) can also reconfigure an unsaturated fatty acid from the cis to trans structure. As polyunsaturated fats from the grass diet pass through the first chamber, particular bacterial species metabolize some of these fats by adding hydrogen atoms. These newly manufactured TFA eventually make their way into body fat stores and, in lactating females, to the milk. Thus, cuts of meat or dairy products that contain fat will have a small proportion of natural (or ruminant) TFA, including vaccenic acid (VA) and conjugated linoleic acid (CLA).

Using the umbrella term TFA to refer to both industrial and natural TFA can be problematic, as it suggests that TFA are the same regardless of how they are made. The most recent edition of the DGA does distinguish between artificial and natural (or ruminant) TFA, but only to indicate that TFA have two potential dietary sources. They recommend all Americans limit dietary TFA, and advise people to “consum[e] fat-free or low-fat dairy products and lean meats and poultry [to] reduce the intake of natural trans fats from these foods” [4]. Any consumer reading this would be led to believe that all TFA cause adverse health effects.

However, TFA are not a homogenous group; those found in partially hydrogenated oils have different metabolic effects in humans and other animals than those produced by bacteria. Most significantly, artificial TFA are associated with increasing the “bad” cholesterol (low density lipoprotein, LDL) and total triglycerides. As such, these TFA increase the risk of cardiovascular disease [2-4]. Concern for the heart health for Americans led the FDA to deem TFA as unsafe for human consumption, and prompted the World Health Organization (WHO) to call for a global elimination of these fats from the food supply [7]. Even consumers who do not know what a TFA is know they should not eat them; food labels proudly stating “No Trans Fats!” clearly communicate that these types of fats are unhealthy and should be avoided.

Can trans fats be healthy?

In stark contrast to global campaigns to eliminate artificial TFA from our diet are nearly 30 years of scientific research that suggest natural TFA are associated with improvements in health in both animal and human models [2, 3, 6-8]. The first health benefits of natural trans fats were identified in the mid 1980s by Michael Pariza and colleagues who found that an extract from grass-fed ground beef actually had an anticarcinogenic effect [9]. This extract was later identified as CLA, a unique fatty acid because the two double bonds are located on adjacent carbons (hence the name conjugated), as opposed to being separated by one or more carbon atoms. One double bond remains in the usual cis position while the other is trans. The location of the double bonds varies across CLA molecules, and the different positions of the double bond are referred to as CLA isomers. There are almost 30 different CLA isomers, which may explain the diversity of metabolic and physiological effects of this fatty acid [3, 6, 9, 10].

Since the original discovery by Pariza and colleagues, CLA isomers (which includes VA) have demonstrated numerous anti-cancer effects in animal models, including inhibiting the development of tumors and preventing metastasis [reviewed in 3, 6, 10]. There have been multiple explanations of the mechanisms of CLA that produce these outcomes, including interfering with tumor cell signaling, inhibiting DNA synthesis, and enhancing tumor cell apoptosis (aka cellular suicide) [3]. With these promising findings, it is disappointing that evidence for CLA anti-carcinogenic activity in humans is inconclusive. For example, Park [3] cites one study that found a preventative effect of CLA on breast cancer risk only to then discuss several more that failed to identify any correlation with breast cancer development.

The same discrepancy between animal and human studies is found when considering the affect of CLA on body mass. In animal models, CLA has been found to positively effect body composition by decreasing fat mass and preserving or even increasing lean body mass. CLA is believed to influence body fat by direct mechanisms (e.g. reduction of fat accumulation in adipose stores) and possibly indirectly, by influencing hormones involved with lipid metabolism (e.g. leptin, adiponectin) [3, 9]. Results of clinical trials with humans are mixed, but many support the role of CLA in decreasing fat mass [9]. However, the effect of CLA on human fat mass was not as strong as that identified in rodent models [3].

Why might CLA behave one way in animals and another in humans? One possible reason for the conflicting study results is the variation in methodology utilized in each study. Rodent subjects are often fed diets with much higher proportions of CLA than human subjects and are fed for much longer durations [3]. Dose and dose duration could significantly alter results [9]. For example, in human studies on CLA and body fat mass, greater effects of CLA were identified when the study period exceeded six months [3]. Subject differences also account for different results. Body fat mass reductions were observed in rodent models during a period of growth (or positive energy balance), whereas most human studies involved subjects on low energy (i.e. weight loss) diets. However, human subjects in positive energy balance responded to CLA in the same manner as rodents, with a decrease in fat mass [3, 9].

To understand the role of natural TFA in human health necessitates comparing apples to apples, and that is nearly impossible with much of the current literature. One topic that seems to show some consensus across studies, however, is the potential role of CLA as an immune modulator. And importantly, the mechanism by which CLA influences immune function could help elucidate its influence on cancer, body fat, and even cardiovascular health [3, 5]. Specifically, CLA stimulates the production of anti-inflammatory chemical signals (called cytokines) while also decreasing the production of signals for inflammation [5]. Importantly, this effect was identified in vitro, in animal models, and also in human subjects [studies reviewed in 5]. For example, in both rats and humans dietary CLA supplementation was associated with increased production of immunoglobulin A (IgA) and IgM (antibodies associated with an anti-inflammatory response) but decreased production of the allergy-related (aka, inflammatory) IgE [5]. Driving the immune system in the direction of an anti-inflammatory as compared with an inflammatory response can explain why CLA may play a role in cancer, weight gain, and atherosclerosis, because each involves inflammation.

To eat or not to eat

There are several review articles on the influence of dietary CLA on health outcomes and each ends with the same message: more research is needed in order to make conclusive statements about the benefits of natural TFA [3, 5, 8, 9]. Currently, the strongest evidence for their role in cancer, weight gain, or immunity comes from in vitro and animal studies. These results should not be overlooked or discounted as they have provided an understanding of the mechanisms by which natural TFA interact with immune, cancer, and numerous other types of cells and chemical signals in the body. Indeed, this information is critical as it suggests natural TFA are metabolized very differently than their industrially manufactured cousins.

While there may currently be insufficient evidence to recommend that humans consume more natural TFA in their diet, the breadth of research on their health benefits suggests the need to distinguish them from industrial TFA by more than just the use of “natural”. After all, people are accustomed to the idea of animal-derived fat providing a health benefit; simply look at the shelves of fish oils in health food stores for evidence of this. It may be harder to convince consumers that not all trans fats should be banned.