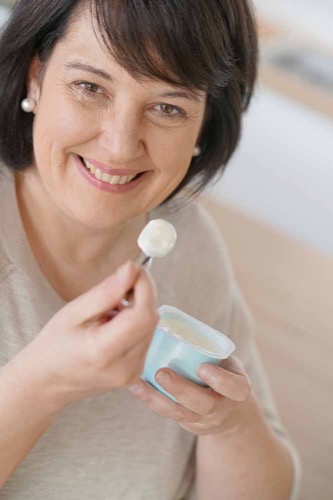 Consuming fats, and particularly saturated fats, increases the odds of cardiovascular disease (CVD). CVD is the major cause of death and disability worldwide, and many public health guidelines recommend diets that are low in saturated fats [1,2]. Although dairy products are a major source of dietary saturated fats, they have been shown to have various beneficial effects on cardiovascular health, including a reduced risk of stroke and coronary heart disease [3–7].

“That was surprising, and to many people it is still surprising,” says Professor Ian Givens of the University of Reading. “To some it’s a bit of a paradox, that you don’t see a big increase in coronary heart disease risk in particular, from high consumption of dairy products,” he says. “One of our biggest challenges has been to explain to the public why we either see a reduced or neutral cardiovascular disease risk with most dairy products when in many people’s minds they would expect the risk to be increased.”

In a new meta-analysis that looked at 29 prospective cohort studies, Givens and his colleagues found a neutral association between dairy consumption and cardiovascular and all-cause mortality [8]. “We thought it’s been quite a while since there has been an up-to-date meta-analysis,” says Givens. “We end up with a kind of neutral outcome. In other words, increasing consumption isn’t associated with increased risk,” he says. The researchers also found that consuming more fermented dairy products, including cheese and yogurt, may decrease the risk of CVD.

Givens became interested in studying how dairy products affect CVD due to the topic’s important public health implications. “Dairy products are consumed by a very high proportion of the population,” he says. “If there is some issue with these foods, it would potentially have a big effect at a population level, and it would affect everyone from children to adults,” says Givens. If dairy products are not harmful or are even beneficial to heart health despite their saturated fat content, that’s good news for the large proportion of people who regularly consume dairy.

Givens started doing meta-analyses looking at dairy and CVD back in the mid-2000s. “The first thing we did was we simply compared high consumers versus low consumers with a range of outcomes, but focusing particularly on coronary heart disease, and expanding into cardiovascular diseases in general, which includes stroke,” he says.

“When I started, and to some extent I guess it’s still the same now, the public was uncertain whether dairy products were good or bad,” says Givens. “I think that was mainly due to the messages that had been coming out about saturated fats,” he says. “The evidence on saturated fats on their own I think is still quite strong,” says Givens. But what about when these saturated fats were present in dairy?

Givens and other researchers have conducted many studies, including several meta-analyses, to figure out how dairy products might affect CVD risk [9–11]. “The strength of these meta-analyses comes from bringing together evidence from studies done in different parts of the world,” says Givens. “If the tendency for all of these is in the same direction, it gives you quite a lot of confidence,” says Givens.

Most of these studies have found no evidence for a harmful association between dairy consumption and CVD risk. In fact, consuming dairy may even be beneficial, as there’s evidence that higher milk and cheese consumption may be associated with a slightly lower risk of stroke [6,11]. “There are two CVDs to be really worried about: stroke and coronary heart disease,” says Givens. “Fermented dairy products may play a role in decreasing the risk of both stroke and coronary heart disease,” he says.

“I think in some dairy products there is a kind of balancing effect, so that the saturated fat effects might be negative, but there are other things there that are positive, which reduce risk, so overall you get a sort of neutral risk,” says Givens. “There’s also increasing evidence that the matrix of cheese prevents some of the fat in it from being digested and absorbed,” says Givens.

Researchers have made a lot of progress in studying the effects of dairy on CVDs, but doing these kinds of meta-analyses isn’t without its challenges. “The biggest challenge is really being able to identify studies of adequate quality that you can actually use them in meta-analyses,” he says. “If you look at the current meta-analysis, we’re still only talking about 29 studies, it’s not massive numbers,” says Givens. “The other big challenge is how you deal with confounding factors,” he says. “There’s no simple answer to that, you just try to include confounding factors that you think are important,” says Givens.

Differences between individual studies can also make them harder to analyze. “A lot of the studies have classified dairy products as high-fat or low-fat, but there’s been no consistent agreement between studies as to what counts as a low-fat or high-fat,” says Givens. “We’ve seen for example one study that had ordinary milk in the high-fat group, because none of the fats had been removed, and it was in the same group as cheese with about 34 to 35% fat,” he says. “That doesn’t seem sensible, and I think that’s one of the problems lurking through many of the studies that are out there.”

On the plus side, researchers have refined their study designs since Givens started doing these meta-analyses. “One of the things that has happened in the last year or two is the move away from simply comparing high consumers versus low consumers, because in doing that you inherently assume a linear response between a low consumer and a high consumer,” says Givens. “The move has been to do dose response meta-analyses, where you actually try to look at the progression from low consumption to high consumption and assess whether or not it is linear,” he says. “If you can demonstrate a dose response, it actually gives you a whole lot of confidence that you’re dealing with a real mechanism rather than some accidental outcome, so I think that’s helped a lot,” says Givens.

In addition to prospective studies, Givens and others have also conducted intervention studies looking at the effects of dairy products and proteins on markers of CVD risk, including blood pressure. “There is a lot of interest in intervention studies, they are in many ways the gold standard,” says Givens. “The problem with intervention studies is that they’re very expensive to do,” he says. “And they still have to rely on markers of risk rather than absolute disease outcomes,” says Givens. “In contrast, the benefit of prospective studies is that they last a long time, and you actually have real disease events as the outcome,” he says.

The good thing is that researchers continue to find new and better markers. “10 to 15 years ago in studies looking at the effects of dietary fats, you would really only see cholesterol, or triglycerides, or maybe blood pressure as markers,” says Givens. “Nowadays, we’re beginning to look at cholesterol subtypes, or arterial stiffness,” he says. “This probably tells you more about your future risk of CVD than just blood pressure,” he says. “So the markers are getting better, which means that randomized control trials are getting more helpful, but they are still expensive,” says Givens.

If there’s one takeaway from the recent meta-analyses, it’s that unlike most other products rich in saturated fats, dairy products may not be bad for heart health, and may even be beneficial. “I think we can say that dairy products are at least not harmful with respect to CVDs,” says Givens. “So I think this neutral association between dairy consumption and CVD risk is significant.”