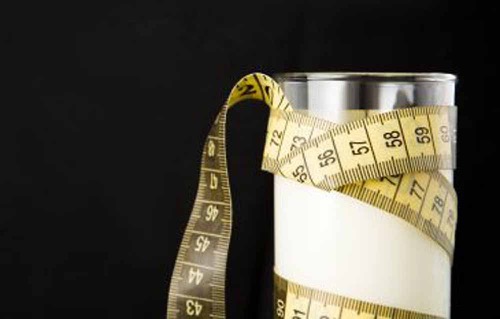 Obesity is a major public health issue—with no easy remedies. One potential solution involves consuming foods that increase satiety, thus reducing appetite for later meals and helping with weight loss. So far, a variety of foods have been shown to affect satiety, including soda, fruit drinks, and milk [1-4]. Researchers have been particularly interested in using dairy for this purpose, but studies on how dairy products influence appetite have had conflicting results.

In a new study, researchers led by Leila Azadbakht at Isfahan University of Medical Sciences conducted a meta-analysis of published clinical trials to determine the effects of dairy products on satiety. The new study concludes that consumption of over 500 ml of dairy products significantly increases satiety [5].

“You get more feelings of fullness, and less hunger, consuming a dairy product than consuming a soft drink or some other product,” says G. Harvey Anderson at the University of Toronto, who has conducted previous research on dairy and satiety, and was not involved with the new study.

Previous studies have shown that dairy consumption can help control body weight [6]. “Epidemiologically, it’s shown consistently that people who consume more dairy products have better control of body weight,” says Anderson. Dairy products also appear to affect “postprandial” glucose levels, i.e., the glucose levels after a meal. “What we find consistently is that postprandial glycemia, which is an important aspect of glucose control, is much better after milk than any other beverage one might consume, and we see this with yogurt or cheese too,” he says.

Despite these promising signs, studies of the effects of dairy products on satiety have so far had conflicting results. Many studies have shown associations between dairy products and decreased appetite or increased satiety [7-11], but others did not show such an association [12,13]. This variability between studies could be due to a number of reasons, including differences in study design or the type of dairy products tested.

“There’s no doubt about that, you drink 500 ml of dairy and you’re going to feel fuller,” says Anderson. In a previous study, Anderson and his colleagues found that in both kids and adults, dairy increased post-meal satiety and decreased postprandial glucose. “The overall effect is reduced appetite,” he says.

Anderson points out that consuming any beverage other than water will add calories to the meal, but in the case of milk, this increase in calories could be counteracted by its effects on satiety and postprandial glucose. “Because you’ve got greater satiety and less post-prandial glucose, you’re probably going to get the benefit later,” he says. “Maybe you wouldn’t have that afternoon donut, and would come out ahead for the day,” says Anderson. “But the jury’s still out, nobody’s done the experiment,” he says.

The mechanisms behind the effects of dairy on satiety are still unclear. Previous studies have suggested that dairy consumption may affect appetite-regulating hormones such as ghrelin, or the neuropeptide glucagon-like peptide-1(GLP-1) [7]. “Perhaps the satiety itself is from this increase in gut hormones that produce satiety and also benefit post-prandial glycemia,” says Anderson. “The hormones slow down stomach-emptying, which means you also feel fuller and don’t eat as much,” he says. One possible mechanism involves the activation of gut hormones and GLP-1 by peptides produced by the digestion of milk proteins.

Consuming foods rich in protein has been previously shown to produce feelings of satiety [14,15]. Researchers have suggested that the effects of dairy products on satiety could be due to the proteins in milk, namely whey and casein. “Absolutely, it is the protein,” says Anderson. He and his colleagues previously studied the effects of the components of whole milk—milk proteins, fat, and lactose—on satiety, and found that the milk proteins had the greatest effect on increasing postprandial glucose and satiety [16]. “The surprising thing was that whole milk gave you more than the sum of its components, so there’s an interaction between the components as they are in milk and the benefits you get from milk,” says Anderson.

The limitations of the new meta-analysis include the limited number of studies that fit their inclusion criteria, and the fact that most of these studies had small sample sizes and differed in the type of dairy products studied, which included milk, yogurt, cheese, and chocolate milk. More long-term studies will be needed to figure out how different types of dairy products vary in their effects on satiety, and to dissect the mechanisms by which they affect satiety. But the results suggest that dairy consumption could play a role in helping to control caloric intake by increasing satiety. “We have to also remember that dairy products are full of nutrients, and we derive other benefits from them compared to an awful lot of other beverages,” says Anderson. “There are so many advantages of milk as a pre-meal or within-meal beverage,” he says.