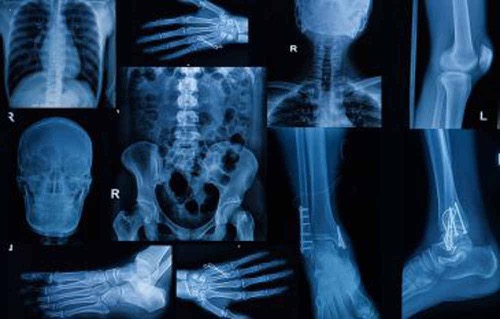 Nutrition pop quiz: Which food provides the most calcium for an adult human body, 10 cups of spinach (containing 300 mg of calcium) or 1 cup of milk (also containing 300 mg of calcium)? This is not a trick question, but calcium is a tricky nutrient. Although both servings of spinach and milk contain the same amount of calcium, they differ dramatically in how much of the ingested calcium is eventually absorbed and deposited into bone. This is because spinach, milk, and other foods with calcium contain additional nutrients that promote or inhibit the movement of calcium from the digestive tract to the skeleton. Whereas spinach contains an acid that binds calcium and renders it almost completely indigestible, the ingredients in milk—and other dairy products—work synergistically to enhance calcium absorption and its subsequent deposition into bones in a manner not seen in any other dietary source of calcium. So if you are looking to get the most calcium per bite, the obvious choice is dairy. Care to take the pop quiz again?

Ninety-nine percent of the calcium in our body is stored in the skeleton, with the remaining 1% found either inside of cells or moving between them, helping with critical physiological processes such as muscle contraction, hormone secretion, and nerve conduction [1,2]. Calcium in the bloodstream is maintained at a constant concentration [3], which means that the skeleton acts as a bank for the body’s calcium supply; when we eat foods containing calcium we make a deposit, and when our cells need calcium, we make a withdrawal.

And the human skeleton is a busy bank! It is constantly remodeling throughout the life course, building bone with newly acquired calcium and resorbing (or releasing) calcium due to physiological requirements. As we grow, the emphasis is on deposits and reaching the highest peak bone mass (i.e., the amount of bone tissue present when the growth period ends). Failure to reach an optimal peak bone mass can predispose individuals to poor bone health (including osteoporosis) as they age. This is because the aging process is, unfortunately, associated with an increase in calcium withdrawals. As soon as we reach peak bone mass, the process of bone loss begins, estimated to be approximately 0.3% of total bone mass each year [1]. Thus, while sufficient calcium intake is important across the lifespan, it is particularly critical for growing children (where bone formation exceeds bone loss) and older adults (where bone loss exceeds bone formation) [1,3].

The current U.S. dietary guidelines for calcium were designed to protect against negative calcium balance—losing more calcium (in urine, stool, and sweat) than the body absorbs—and reflect age-related differences in calcium needs. For children 9–18 and adults over 71, the recommended daily allowance (RDA) is 1200 mg, compared with 1000 mg for adults 19–71 years old (with the exception of females aged 50–71, who have a higher recommendation of 1200 mg due to bone loss changes related to menopause) [4]. Unfortunately, the recent Dietary Guidelines for Americans suggest that most Americans, particularly those over 50, are not meeting their RDA for calcium [5].

From the fork to the skeleton

It would seem the simple solution to our country’s calcium problem would be to just eat more foods that provide calcium. However, getting the calcium from the food we eat to the bones in our body is quite a complicated process. One’s diet could contain the RDA for calcium, and yet their body could still be in negative calcium balance because foods vary in the bioavailability of calcium—that is, how well the calcium present in that food is absorbed in the intestines and then deposited into the skeleton [1].

Variation in calcium bioavailability results from the mineral’s very specific requirements for intestinal absorption. Calcium travels from the digestive tract into the cells of the small intestines by two routes: active transport (passing through the cells of the intestinal mucosa) and passive diffusion (passing between these cells). Whichever method is utilized, calcium must be in a soluble form and attached to an organic molecule. If it does not meet these requirements, the calcium just continues along the digestive tract, ending up as waste.

Many components of familiar foods are calcium blockers, that prevent intestinal calcium absorption through their influence on its solubility or blocking the appropriate binding molecules [1]. Take spinach, for example, where the bioavailability of calcium is so low (estimated around 5% absorption) because spinach also contains oxalic acid [6]. During digestion, this acid binds to the calcium and creates an insoluble salt, called oxalate. In the same way, phytic acid (found in seeds, grains, and legumes) binds calcium to create phytate, another insoluble salt [1]. Although the nutritional labels indicate these foods contain calcium, the amount on your fork may be quite different from the amount that is absorbed during digestion, and subsequently transferred to the skeleton.

In contrast to food components that prevent calcium absorption are those that work to enhance either active transport or passive diffusion of calcium in the small intestine. Perhaps the most well known is vitamin D. In its active form, vitamin D is a hormone (calcitriol) that influences the expression of a protein called calcium-binding protein (CaBP) [1]. As its name suggests, this protein binds calcium ions and takes them through the cells (via active transport) that line the upper portions of the small intestine. The more vitamin D in your body (either from the sun, diet, or supplements), the more CaBP your body makes, and the better able your body is at absorbing the calcium provided in your diet.

But CaBP is not the only protein that binds calcium. Twenty percent of the calcium in milk is bound to casein proteins [1]. Because the calcium is already bound to a protein, it does not need CaBP for transport across or between the cells of the intestines. Calcium in milk not bound to proteins can benefit from the presence of lactose, which facilitates the movement of calcium ions in the lower portions of the small intestine [1]. Indeed, calcium in milk has a high rate of absorption even in the absence of vitamin D, what Guéguen et al. [1] refer to as “ensured absorbability.”

Hitching a ride with casein proteins gives calcium in milk another digestive advantage—time. Casein proteins in milk are present as small spheres called micelles, which then transform into solid curds when they encounter digestive enzymes. The structure of the curds makes them more difficult to digest, so they travel slowly through the stomach and intestines as enzymes work to break apart the individual amino acids. Because the calcium ions are part of the curd structure, they also spend more time in the digestive tract than they would as part of other food products or supplements, increasing the opportunities for absorption [1,7].

Calcium’s packaging in milk and other dairy foods provides one final advantage. The same casein proteins that bind calcium also bind phosphorus, a mineral that promotes bone mineralization [1,6]. Bioavailability, after all, is not just a measure of how much calcium is absorbed but how much is utilized by the body. Simultaneous delivery of the two minerals during casein protein digestion greatly increases the chances that the absorbed calcium will end up in the skeleton [1,3].

Milk is not the only food with a high bioavailability of calcium. Cabbage, bok choy, and broccoli also have a high absorption rate. However, because their total calcium content is lower than in milk, you would need to eat a lot more servings to reach the RDA for calcium. Dairy foods combine a high bioavailability (estimated at around 40%) with a high concentration of calcium, requiring fewer servings to meet daily requirements. The 2010–2015 Dietary Guidelines for Americans estimates that 80% of the U.S. population (> 9 years old) does not eat the recommended three servings per day of dairy. For those looking to make more deposits than withdrawals from their calcium bank, an easy dietary change may be to grab a glass of milk and drink up!