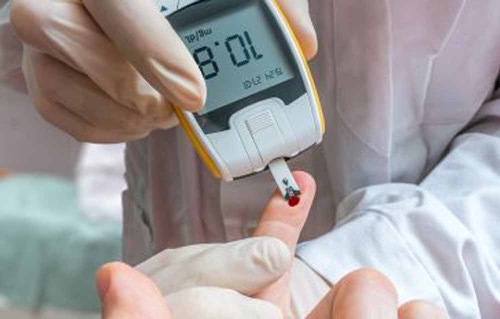 Ask an average citizen how much fatty food they eat, and the response is likely to be a sugar-coated version of the truth. Many studies that search for links between dietary habits and complex diseases face this problem. But what if there were particular molecules that hang around in blood, which could be used to diagnose how much of a relevant foodstuff an individual typically consumes? It would mean that the disease risks attached to eating the food could be stated with greater certainty. This is exactly what Mohammad Yakoob of Harvard Medical School and his colleagues have identified in three fatty acid constituents of dairy products. Analyzing measurements of levels of these fatty acids in the blood of thousands of people enrolled in prospective studies has led these researchers to conclude that dairy fats reduce the risk of diabetes [1].

The idea that dairy foods lower the odds of developing cardiovascular problems and type 2 diabetes is tantalizing to anyone interested in public health because it suggests cheap and actionable guidance for those at risk. In recent years, studies of the effects of low-fat dairy products such as yogurt tend to be straightforwardly positive: eating low-fat dairy as part of a balanced diet appears to lower the risk of diabetes. But, intriguingly, the results for cheese are not consistently different. As a high-fat food, conventional medical wisdom suggests that eating lots of cheese should be bad for long-term metabolic fitness. Yet some large studies have even shown cheese has a protective effect against diabetes [2,3]. How could this be?

One explanation for these results relates cheese consumption to the production of insulin. Whey protein—a constituent of dairy products—has been demonstrated to stimulate pancreatic cells to this effect. Another idea, favored by Yakoob and his team, proposes that similarities in the chemical structures of a dairy fat called trans-palmitoleate, and another fat that is made inside the human body, called palmitoleic acid, leads to interference with regulatory feedback loops [4,5]. This interference reduces the amount of fat the body synthesizes and increases the signal strength of insulin to muscle cells, causing glucose uptake into muscle tissue.

Yakoob and his team focused on three fatty acids: pentadecanoic acid, heptadecanoic acid, and the aforementioned trans-palmitoleate. Researchers working in the early 1990s on two large prospective studies, the Nurses’ Health Study and Health Professionals Follow-Up Study, had measured the levels of these fatty acids in both the blood plasma and red blood cell membranes of study participants and also tested whether the participants had diabetes. Presumably, since most people are creatures of culinary habit, the study participants maintained the same dietary tendencies over time. The participants were retested for diabetes in 2010. Roughly two decades on, 8% of those who had been diabetes free before had since developed the disease.

The task for Yakoob and his team was to figure out the role of dietary dairy, if there was one at all, in this change in diabetes prevalence. Taking the blood fatty acid data, along with swathes of information about the participants’ other diabetes risk factors, the researchers set about statistical modeling. They calculated that participants with blood plasma levels of pentadecanoic acid in the highest quartile had a 44% lower risk of diabetes than those in the lowest quartile (that is, after removing the influence of other diabetes risk factors, including body mass index). For heptadecanoic acid, the difference was 43%. For trans-palmitoleate, it the risk difference was 52%. When the levels of these fatty acids in red blood cell membranes instead of blood plasma were considered, the results were similar. They were also similar for men and women.

The upshot of this work is therefore that either the fatty acids themselves act to lower the risk of diabetes, or that some other constituent of dairy fat does. And unlike previous prospective studies that have tried to put a number on diabetes risk, sugar-coated memories of what participants snacked on throughout the day have not biased the results. Of course, the study also suggests a new diagnostic for diabetes risk. All things being equal, the higher the levels of these fats in your blood, the less chance you have of developing diabetes.