Dairy Fat Is Not Associated with Heart Disease 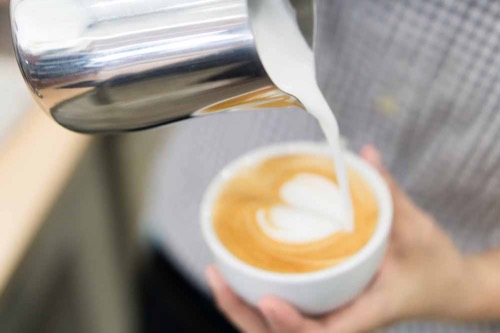 The defense attorney summed up. “The prosecution’s case against dairy fat’s alleged health misdeeds is flawed and circumstantial. The flimsy forensic evidence does not stand up to repeated scientific inspection. The accused just looked like one of the suspect crowd and became wrongly branded with their guilt.” Now, a clinical trial [1] following an elderly population for a remarkable 21 years, as well as mounting independent evidence [2-7], reports on dairy fat’s innocence. Dairy fat is not associated with risk of cardiovascular disease (CVD). Four past articles in SPLASH! have also summarized related aspects of the growing body of scientific evidence supporting this conclusion [8-11].

Health authorities in Western societies frequently list CVD as the leading cause of death in their populations, typically accounting for about a quarter of all mortalities [12-14]. CVD includes coronary artery disease, stroke, and various other forms of heart failure. Scientists have long known that the risk of CVD is associated with age, genetics, lifestyle factors, and diet [15-20]. Only the latter two factors can be modified during a lifetime and thereby potentially reduce the risk of CVD. National health authorities from most countries make a number of dietary and lifestyle recommendations to diminish the risk of CVD in their populations. Often, one of their principal recommendations is a reduction in the consumption of saturated fats, including dairy fat [21]. This recommendation resulted from scientific evidence showing that dietary saturated fats are associated with CVD [21-23]. Scientists demonstrated that diets rich in saturated fats increase the level of a complex of low-density lipoprotein (LDL) and cholesterol in the blood, which leads to increased cholesterol deposition in the walls of blood vessels causing their narrowing and ultimately blockage, as well as an increased risk of clot formation [3, 6]. The region of tissue normally supplied by the blood vessel is then injured or killed by the lack of oxygen. The general term “saturated fat,” however, includes all types of saturated fats. One size fit all is the mantra.

Today, we universally denigrate fat. It is often viewed as a threat to our health, longevity, and body image. Perhaps it is comforting to have a single scapegoat for our many concerns. Paradoxically, fat is essential for the structure and function of every cell in the body and it is a major source of cellular energy. There is no life without fat.

Fat comes in a variety of chemical structures and small differences can cause big biological changes. The molecular structure of a fat usually consists of several carbon atoms joined together in a string-like fashion, and at one end of the string, there is an acid group (i.e. a carboxyl group). The carbon atoms in saturated fats are linked by single chemical bonds. Each carbon atom in these fats is saturated with two hydrogen atoms, hence the term “saturated” fat. Polyunsaturated fats, by contrast, contain some pairs of carbon atoms that are joined together by two chemical bonds and these carbon atoms have fewer hydrogen atoms attached to them.

De Oliveira and five colleagues recently reported results from a long-term clinical trial designed to test whether three specific dairy fats present in the blood from elderly people were associated with total mortality, cause-specific mortality, and incidents of CVD [1]. The scientific paper describing the clinical trial was published in the American Journal of Clinical Nutrition [1]. The trial was the first investigation to test for an association between all causes of death and the levels of dairy fats in the blood. The investigators are located at six universities and research institutions in the U.S.A. The multi-institutional involvement in the clinical trial reflected the need for collection of health records for a large population of elderly adults who were monitored by the investigators over an impressive 22-year follow-up period. That is long-term planning!

De Oliveira and colleagues reasoned that previous investigations examining the relationship between health and fat consumption in large populations may be confounded by the self-reporting of the dietary intake, as dairy fat is often hidden in many processed food products. Also, scientists repeatedly demonstrate that self-reported estimates of dietary intake are notoriously biased [1, 24]. People often deceive themselves. To overcome this issue, De Oliveira and colleagues directly measured the amounts of three dairy fats present in the blood of people consuming dairy products. These fats are named pentadecanoic, heptadecanoic, and trans-palmitoleic acids; big names with only small differences in their chemical structures. Pentadecanoic and heptadecanoic acids are saturated fats containing strings of 15 and 17 carbon atoms, respectively. trans-Palmitoleic acid (a monounsaturated fat), contains a string of 16 carbon atoms with one pair of its carbon atoms joined together by two chemical bonds and the rest by single bonds.

Investigators involved in past studies demonstrated that the levels of the three dairy fats in blood were directly related to the amount of ingested dairy fat (references listed in [1]), making them reliable markers of dairy fat intake. De Oliveira and colleagues measured the levels of the three dairy fats in blood from 2,907 adults aged over 65 years. The measurements were performed at the beginning of the clinical trial and then 6 and 13 years later. These repeated measurements over a long period of time were a major strength of the trial design that sets it apart from related clinical trials. The incidence of disease and death in the investigated population was assessed 21 years after the start of the trial.

At the start of the clinical trial, the average age of the test population was a sprightly 75. The inevitable hand of providence meant that 2,428 of the 2,907 adults died during the subsequent 21-year follow-up period. A sobering statistic! The data were then subjected to a complex statistical analysis to determine whether there were associations between the levels of the three dairy fats in blood from the 2,907 people and total mortality, cause-specific mortality, and CVD incidents. The conclusions were clear. There was no significant association between the levels of the three dairy fats in the blood and total mortality or the incidence of CVD. The investigators also concluded that a higher level of heptadecanoic acid in blood was associated with lower risk of death caused by CVD or stroke, but there was a slightly higher risk of death from non-CVD causes that could not be identified. De Oliveira and colleagues summarized evidence from other large clinical trials that also concluded dairy fat is not associated with CVD [4, 5]. The investigators additionally cited studies concluding that dairy products were either neutrally or beneficially-associated with CVD risk [4, 6, 7, 25]. Most of the latter investigations did not specifically measure dairy fat intake.

Dairy Fat Is Not the Same as Muscle Fat

As they say in the motoring advertisement, “oils ain’t oils.” Likewise, the health focus on fat generally treats all saturated fats as the same. De Oliveira and colleagues, in an earlier clinical trial involving 5,200 people, concluded that higher intake of dairy fat was associated with lower risk of CVD while higher intake of saturated fat from meat was associated with greater CVD risk [6, 10]. These conclusions suggest that saturated fats from different sources may have different effects on health. The investigators noted that dairy fat compared with beef fat has a higher proportion of shorter fats and dairy fat is also characterized by a higher proportion of fats with an odd number of carbon atoms in their chemical structures. Fats containing odd and even numbers of carbon atoms are metabolized in slightly different ways when used for energy production within cells. De Oliveira and colleagues also listed evidence that fats containing odd compared with even numbers of carbon atoms are associated with heart health and decreased risk of type 2 diabetes [6, 26]. Clearly, beef and dairy saturated fats are structurally different and they have different effects on human health.

De Oliveira and colleagues in their 2018 publication concluded: “Overall, our findings do not support harmful associations of dairy fat consumption for incident CVD events later in life.” This is a significant conclusion that builds on an expanding body of strong supportive evidence. Indeed, De Oliveira and colleagues imply that the national health authority recommendations for low dairy fat intake may need revision. Currently, health authorities lump together dairy fat with all saturated fats and consequently dairy fat has taken the rap for the health misdeeds of other saturated fats. Dairy fat has now been cleared. The days of the tasteless skinny latte may be numbered.