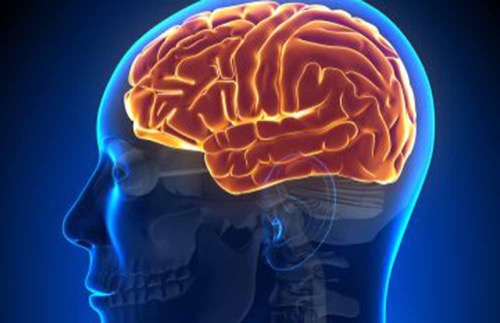 It’s well known that milk and calcium are good for your bones, but it turns out that they might also be good for your brain. A new study suggests that dairy consumption could potentially play a role in protecting the brain from oxidative stress, a process that has been implicated both in normal aging and in many neurodegenerative conditions such as Alzheimer’s disease or Parkinson’s disease [1,2].

The study, led by Debra Sullivan and In-Young Choi from the University of Kansas Medical Center, found that higher dairy consumption was associated with higher brain concentrations of glutathione, a potent antioxidant [3]. Glutathione is part of the brain’s antioxidant defenses, which help stave off oxidative stress. “When we have higher antioxidant defenses, that helps the brain to be protected against neurodegeneration and also preserve our cognitive function,” says Choi, an associate professor of neurology.

Leading a healthy lifestyle with healthy food choices can boost our antioxidant defense system, says Choi. “Drinking milk could be one of the healthy choices people can make,” she says. The study’s results were consistent with a recent study in which individuals who consumed the Dietary Approaches to Stop Hypertension (DASH) diet, which is rich in diary foods, had higher plasma glutathione concentration [4].

The new study relied on a technique developed by Choi to detect glutathione in the brain using magnetic resonance imaging [5,6,7]. When Sullivan, a professor of dietetics and nutrition, first found out about this technique, she realized its potential in examining the effects of diet and lifestyle on brain glutathione concentration. “We did an exploratory study, and based on that, what was significantly related with brain glutathione was dairy food, and calcium,” she says.

The researchers were initially surprised at this association. Choi expected glutathione concentrations to be associated with “antioxidant-enriched vegetables like blueberry, pomegranate, and broccoli,” but the only statistically significant association was with dairy. Choi and Sullivan decided to do a larger study focused on dairy to see if they could confirm the results of their unpublished pilot study.

In the new study, the researchers recruited 60 healthy older individuals covering a broad range of daily dairy consumption. “The biggest challenge that we had was actually finding older individuals that were consuming the recommended three servings of dairy a day,” says Sullivan. The researchers assessed study participants’ diets in the week before their brains were scanned, and then examined the link between dairy intake and brain glutathione concentration.

Choi and Sullivan found that higher brain glutathione concentration was associated with higher daily dairy intake, confirming the results of their exploratory study. In particular, there was a significant correlation between glutathione concentration and milk consumption. Sullivan cautions that further studies will be needed to find out whether the effect is specific to milk or applies to other forms of dairy.

It is still unclear how exactly dairy consumption leads to increased glutathione in the brain, and one of the next steps is to figure out “what exactly is it within dairy that’s causing the effect,” says Sullivan. “There are various different components of dairy that could theoretically be responsible, and make sense based on what we know of the biochemistry and physiology,” she says.

One component of dairy that could play a role is the amino acid cysteine. “We know that dairy is high in cysteine, and cysteine would be the rate-limiting substrate that’s needed to make glutathione,” she says [8]. In addition, dairy is a significant source of calcium and riboflavin, both of which have been implicated in maintaining glutathione concentration [9, 10, 11, 12].

While the current study can tell us about the association between dairy consumption and brain glutathione concentration, it is not designed to uncover cause-and-effect relationships. Sullivan and Choi hope to do a follow-up intervention study that would look at whether increasing the dairy consumption of low-dairy consumers would also increase their brain glutathione concentration. “In order to prove this concept, we would have to have a randomized control trial, and intervention,” says Sullivan.

If dairy consumption is found to have a causal effect on brain glutathione and brain health, then this could be yet another reason to promote increased dairy consumption in aging populations. According to national surveys, only 23% of older adults in the United States appear to meet dietary recommendations for dairy [13]. “Sadly, the US population, whether they’re elderly or young adults or adolescents, don’t consume the recommended three servings of dairy a day,” says Sullivan. This study “is just the initial step, but it is very intriguing,” she says. “I think it sets the stage for a lot of future research and hopefully great health benefits if it holds true.”