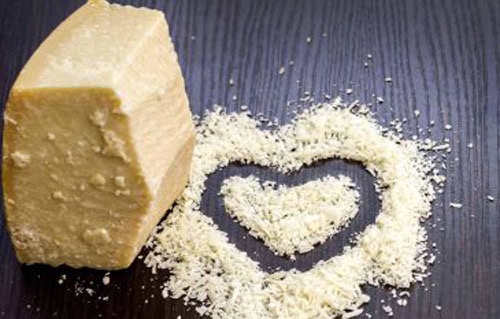 “If we look at the epidemiology literature, people who eat a lot of salt tend to have worse cardiovascular outcomes, but people who eat a lot of dairy tend to have better cardiovascular outcomes than average,” says Anna Stanhewicz at Pennsylvania State University. “We’re interested in understanding the interplay between these two things,” she says.

In a new study, Stanhewicz and her colleagues examined the effects of a high-sodium dairy cheese meal and two high-sodium non-dairy meals on blood vessel function [6]. “Cheese is a high sodium food that your cardiologist might recommend that you avoid, but it’s also a high-dairy food that might be beneficial,” says Stanhewicz. Their results suggest that consuming higher dietary sodium in cheese may not have the same harmful effects on cardiovascular health as consuming the same amount of sodium from non-dairy sources.

The researchers gave 14 participants a meal consisting of either dairy cheese, soya cheese, or pretzels. “It was important to us that the study have real-world validity, which is why we used normal amounts of sodium that you would have in a regular snack,” says Stanhewicz. “If you were sitting down and watching a football game, you could very easily consume that many pretzels just there in one sitting,” she says. The researchers then examined the effects of the meals on skin blood flow under different conditions. “The skin has been validated as a model for what’s happening with other blood vessels in the body,” says Stanhewicz.

Eating the dairy cheese improved participants’ blood vessel function compared with eating the non-dairy meals. “When they ate the high-sodium snack without dairy, they had a reduction in our measure of blood vessel function, but when they ate the equal amount of sodium in the context of a dairy snack, they had a better measurement of vessel function,” says Stanhewicz. “What we took away from that is that something in the dairy itself is protecting the vessel from this sodium-induced reduction in function,” she says.

Stanhewicz and her colleagues were interested in figuring out the mechanisms behind dairy cheese’s protective effects. “The literature suggests that there are a number of potential protective mechanisms,” says Stanhewicz. “In this study, the one thing we looked at was the antioxidant properties,” she says. In animal models, dairy peptides have been shown to reduce markers of inflammation and oxidative stress [7–9]. “Some of the bioactive components of dairy have been shown to have antioxidant properties,” says Stanhewicz.

To examine the role of antioxidants in dairy’s protective effects, the researchers repeated their experiment after administering a non-specific antioxidant to the same sites where they measured blood vessel function. “We found that the antioxidant improved vessel function following sodium without dairy, but it had no further benefit after subjects had eaten the dairy cheese,” says Stanhewicz. “We concluded that antioxidant components of dairy might be contributing to its overall protective effect,” she says.

Stanhewicz and her colleagues are planning a longer-term follow-up study where participants will eat diets high in sodium, high in dairy, or both for seven days. “In this follow up study, we’re taking some clues from what we found in terms of the antioxidant properties of dairy and really moving forward with more mechanistic enquiries into the specifics of how that might be working,” says Stanhewicz.

These and other follow-up studies could provide answers to remaining questions about the relationship between dietary sodium and dairy. “If you ate a pretzel and a yogurt separately, how would that affect things? The short answer is we don’t know yet,” says Stanhewicz. “Depending on what we see in our follow-up studies, we should be able to answer some of those types of questions,” she says.