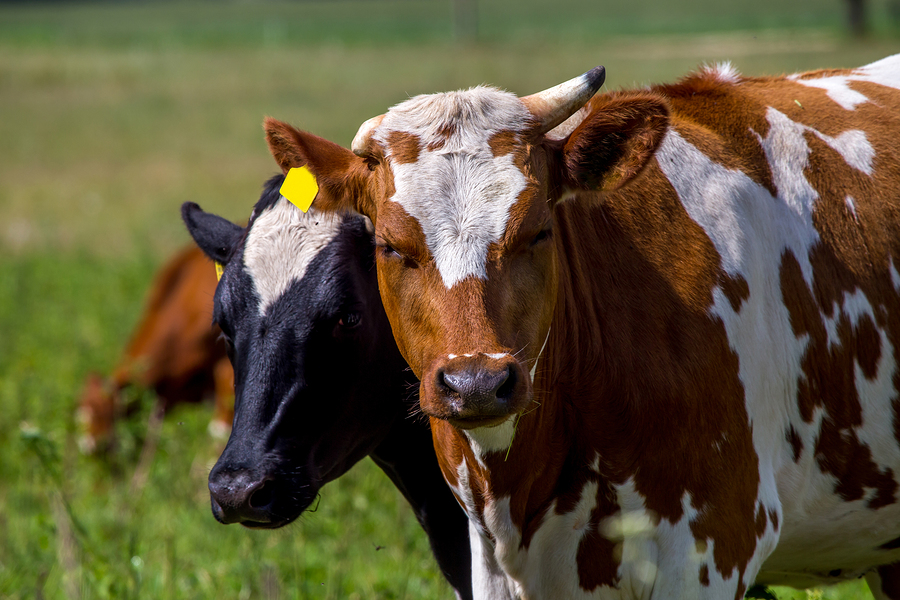 Infectious diseases are not conquered, but sometimes that’s our perception. The infectious microbial agents patiently await the right opportunity occurring at the intersection of multiple circumstances. Their unpredictability is their modus operandi, which often amplifies their adverse impacts.

Scientists who study the incidence and spread of infectious diseases in animal populations (epidemiologists) emphasize that strategies aimed at preventing the establishment of disease-causing microbes in individuals are much more effective at disease control in a population compared with interventions designed to contain the spread of the disease once established [1]. The latter strategy is like shutting the barn door after the horse has bolted. Other groups of scientists suggest that enhancing the biological resistance of animals to disease-causing bacteria and viruses could greatly assist in the prevention of disease outbreaks [2-4].

The natural resistance of an animal to infectious disease is determined by advantageous natural genetic variations, previous disease history, and adequate nutrition [5]. Investigators now report a research breakthrough that demonstrates how biological resistance of cattle to bovine tuberculosis can be further enhanced by using genetic “editing” technology [3].

It is still very early days, but the new gene “editing” approach to increasing livestock resistance to disease has enormous potential for decreasing the incidence of infectious diseases in livestock and thereby enhancing animal welfare, increasing industry productivity, and decreasing reliance on antibiotics [2-4, 6]. The routine presence of these disease-resistant animals in our food production system is a long way in the future. There remain substantial scientific and regulatory hurdles, and challenges with public acceptance [7, 8]. Still, the first glimpses of what may be achieved in the future are starting to appear [3, 4]. One early example is the production of dairy cattle that are resistant to bovine tuberculosis [3].

History repeatably and starkly reminds us that infectious diseases are major threats to the human food supply system. This is a lesson hard won, but worryingly it fades with time when there are no visible and imminent threats. The absence of notifiable disease often signals to government agencies, the public, and commercial interests an opportunity to curtail expensive disease surveillance and preventative measures. Inevitably this response increases the risk of infectious disease reoccurrence. The human response to the containment of food supply epidemics is typically a scorched earth policy; detection, isolation, and destruction. It’s brutally pragmatic but effective. Another approach championed by scientists is the enhancement of disease resistance in livestock to decrease the risk of infectious disease outbreaks.

Epidemiologists from the USDA and OIE (World Organization for Animal Health) report that bovine tuberculosis in cattle herds is well controlled in most first world countries, although there are sporadic outbreaks [9, 10]. This chronic respiratory disease is caused by the bacterium called Mycobacterium bovis, and can eventually lead to cattle death [10]. There is no vaccine in use in the livestock industries [11, 12]. M. bovis spreads quickly to uninfected animals, even before appearance of the first clinical signs of disease, and therefore disease detection in an individual usually means the culling of the entire livestock herd, both the infected and the healthy [10]. Alternatively, expensive antibiotics are used, but this approach is now complicated by the resistance of M. bovis to some antibiotics [13]. It’s also difficult to eliminate bovine tuberculosis from cattle populations as it is present in many species of wild animals. Hence, existing and effective bovine tuberculosis containment strategies rely on stringent surveillance, rapid detection, and culling of infected animals [10].

Scientists at the Centers for Disease Control indicate that M. bovis can also be transmitted to humans where it causes chronic tuberculosis-like symptoms [13]. However, most cases of human tuberculosis are caused by the related bacterium, Mycobacterium tuberculosis. Startlingly, WHO epidemiologists concluded that 23% of the world’s human population is infected with M. tuberculosis, although only a “minority” of people develop the active disease (a mere 10 million new human cases and 1.6 million deaths in 2017 [14]). They report that M. tuberculosis infection of humans is still the biggest infectious disease challenge in the world today [14]. It is particularly prevalent in second and third world countries. By contrast, the incidence of M. bovis infection in humans is relatively low. The WHO epidemiologists also estimated that the worldwide incidence M. bovis infection in humans was 142,000 cases with 12,500 deaths in 2017 and by far, most of the M. bovis infection of humans occurs in Africa and Asia [14]. As a side note, the reason for pasteurization of cow’s milk, beginning close to 100 years ago, was to kill disease-causing microbes, especially M. bovis, to ensure the safety of milk for human consumption [15]. The pasteurization of milk is a major human health success story.

Recently, a group of investigators based at Northwest A&F University in Shaanxi, China used gene “editing” technology to produce cows that were more resistant to bovine tuberculosis [3]. The group was led by Dr. Yong Zhang and their research results were published in Genome Biology. Yuanpeng Gao and Haibo Wu were the first authors on the publication. Gene “editing” technology is the ability to change the genetic material or DNA in an organism by insertion, deletion or altering the DNA at a precise predetermined location in the genome (the genome is the full complement of DNA) [6]. The specific molecular technology used by the investigators was CRISPR/Cas9n—it’s a mouthful, but essentially it is like using a pair of sharp scissors to add a very small patch on clothing, and then sew it up like new. The trick is to know what type of patch is needed, precisely where the patch goes, and ensure that the normal function of the clothing is unchanged. The intention is a more comfortable fit for the environment where the clothing will be used.

The investigators used the gene “editing” technology to precisely insert an extra copy of the naturally occurring bovine gene called NRAMP1 into the genome of female fetal skin cells from a dairy cow. The additional NRAMP1 gene was obtained from a Holstein-Friesian cow. The gene codes for a protein that is associated with resistance to various microbial infections in multiple mammalian species, including M. bovis infection in cattle [16-18]. The protein is thought to be part of the first line of defense of the body against microbial invasions. The investigators’ rationale was that the additional copy of NRAMP1 would further enhance the cow’s natural resistance to bovine tuberculosis.

Importantly, the investigators spent a lot of effort in finding the best spot in the genome for the NRAMP1 gene insertion. This effort was required to ensure that the gene insertion did not interfere with other genes near the insertion site, and it greatly decreased the chance of additional unwanted insertions of the gene elsewhere in the genome. You don’t want to put a patch over a button or randomly add multiple patches on clothes.

The DNA present in nuclei of the bovine skin cells, and now carrying a second copy of NRAMP1, was then introduced into egg cells (ova) from a cow. After a lot of careful laboratory coaxing, cloned embryos were grown and transferred into surrogate cows for the duration of the pregnancies. A total of 11 calves were born and survived beyond three months of age. Each calf contained one extra copy of NRAMP1 at precisely the intended genomic location. There were no unplanned insertions of this gene elsewhere in the genome. Moreover, the additional NRAMP1 gene was only active in specific white blood cells, just like the existing NRAMP1 gene, and it did not interfere with the activities of other genes near the insertion site in the genome. The investigators’ precision of gene “editing” was a major feature of the research. Careful planning paid off!

Gao and colleagues noted that the 11 calves were seemingly normal healthy animals [3]. The investigators then performed a series of tests on blood cells taken from these animals as well as untreated calves with only one copy of NRAMP1. The investigators demonstrated that the blood cells taken from the calves with the additional NRAMP1 gene were better able to suppress M. bovis infection compared with blood cells taken from calves with only one copy of NRAMP1. Moreover, when the investigators directly infected calves with M. bovis, the calves with two copies of the gene were better at resisting the infection compared with calves without the extra copy of NRAMP1. The implication was that the calves that received the extra copy of NRAMP1 didn’t get sick, and they eliminated or suppressed the M. bovis infection. An independent scientist commented that this conclusion still needed more formal clinical proof [19], while another scientist suggested that the approach was currently not sufficiently practical for use in the livestock industry [20]. It is clear, however, that the research of Gao and colleagues is a first step on a long pathway toward the production of livestock animals with enhanced resistance to disease.

The research of Gao and colleagues is a major scientific achievement with wide implications for improving disease control, animal welfare, and industry productivity [3]. Their research is still only a very early and tentative step toward the long-term practical goal of producing disease-resistant cattle for use in the dairy industry; there is still much science that remains to be undertaken. Slow and steady is the current course, but now there are good navigational tools to ultimately travel to the distant destination.