Cow Milk Can Protect the Gut from Alcohol-Induced Gastric Ulcers 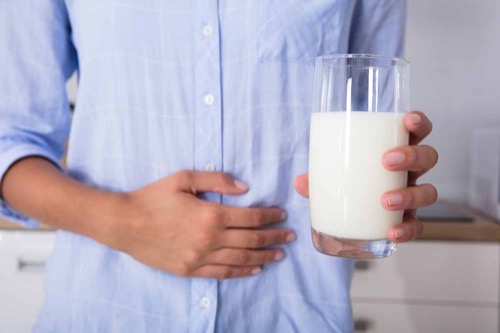 Ulcers can be a real pain in the gut, and they’re unfortunately quite common, affecting more than 10% of the world’s population [1]. Drinking alcohol, smoking, stress, and microbial infections are all known to exacerbate these ulcers [2].

Alcohol can be particularly damaging to the gastric mucosa [3,4]. Alcohol increases the generation of reactive oxygen species and suppresses the activity of antioxidants that play a crucial role in protecting the stomach [5,6].

Studies have shown that dairy products—such as yogurt—and certain bioactive components of milk can help protect the gut mucosa [7-10]. A couple of recent studies found that multiple milk components, including casein, whey protein concentrate, and hydrolysates from casein and whey protein, showed protective anti-ulcerative effects on the gastric mucosa in rodent models of ethanol-induced ulcer [11,12]. However, there have been few animal studies of the gastroprotective effects of cow milk itself, particularly against gastric damage induced by acid and alcohol.

In a new study, Professor Hae-Jeung Lee and her colleagues at Gachon University in South Korea hypothesized that cow milk may protect the gastric mucosa by modulating antioxidant enzymes and anti-inflammatory processes [13]. They tested the protective effects of fresh, commercially available cow whole milk against gastric ulcers induced by acidified alcohol in mice.

The researchers gave mice either 5, 10, or 20 mL/kg of body weight of commercial fresh cow milk once a day for 14 days. An hour after the 14th dose of milk, the mice were given a single dose of a hydrochloric acid-ethanol mixture intended to provoke severe gastric damage.

Acidified ethanol greatly increased the stomach activity of myeloperoxidase, an enzyme that can serve as an indicator of injury to the gastric mucosa. Pretreatment with cow milk significantly ameliorated myeloperoxidase activity. Acidified ethanol also inhibited the antioxidant enzymes superoxide dismutase and catalase, and pretreatment with cow milk increased the activity of these enzymes.

Alcohol is known to upregulate the levels of inflammatory cytokines, and mucosal inflammation is associated with the activation of the Nfkb1 gene that encodes the regulatory protein NF-κB [16,17]. The researchers found that acidified ethanol significantly increased the expression of gastric Nfkb1, as well as two NF-κB-regulated genes, Cox2 and iNOS. Pretreatment with cow milk significantly downregulated all three of these genes, suggesting that cow milk’s anti-inflammatory effects might be mediated via the NF-κB signaling pathway.

These findings suggest that cow milk has a protective effect on the gastric mucosa and can prevent the development of gastric ulcers caused by acid and alcohol in mice. This protective effect appears to occur through the modulation of the antioxidant defense system and anti-inflammatory enzymes, possibly via the NF-κB signaling pathway. Understanding the mechanisms by which cow milk protects against gastric damage could potentially help find new ways to ameliorate gastric ulcers.