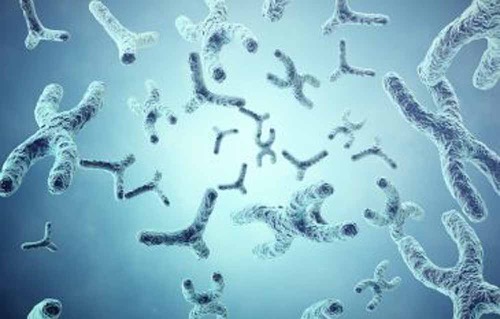 Telomeres can be thought of as tags on the ends of chromosomes that, in protecting those ends, are also guides to cellular aging and, consequently, to lifespan. Telomere length decreases as we age, dropping off most rapidly in the first four years of life. Now a team at the University of California, San Francisco reports that feeding an infant human milk appears to lower the rate of telomere shortening until at least the age of five.

The study, which is published in the current issue of the American Journal of Clinical Nutrition [1], did not specifically compare the effect of infant formula with exclusive breastfeeding. Instead, it set out to measure differences between a diet of human milk alone with mixed diets, and many mixed diets also included infant formula along with items such as fruit juice, flavored milks, and sodas.

The researchers found that any amount of human milk in the first four to six weeks of life was associated with having longer telomeres at preschool age. During those early weeks, an exclusive human milk diet was preferable. Among the young study participants, it appeared to increase telomere length at age four or five years by about 350 to 450 base pairs over a diet that included other foods or drinks.

Telomeres can be thought of as “tags” not merely because of their position marking the ends of chromosomes but also due to their structure. Their DNA part, contained within protective proteins, repeats the nucleotide sequence TTAGGG many times over.

Cells in a newborn’s cord blood have the longest known human telomeres—averaging about 10 thousand base pairs [2]. But with every cell division, the process of copying DNA shortens telomeres because the enzyme that does the copying is unable to read the final part of the chromosome to which it is attached. A different DNA-making enzyme—called telomerase—steps in to replenish shrunken telomeres. But, over time, telomerase’s replenishment is insufficient to make up for the shortening. Telomere length can, therefore, infer cellular age.

Telomeres can also be shortened by oxidative species found inside cells, the level of which is known to vary with lifestyle and environmental influences. For this reason, for example, adulthood obesity has been linked to accelerated telomere attrition—and a long-term reduction in so-called “bad” cholesterol resulting from gastric band surgery was recently shown to increase relative telomere length [3].

In the recent human milk study, the authors propose that consuming food and drink other than human milk (and water) in the first weeks of life triggers an inflammatory response in the immature infant gut, which in turn leads to oxidative damage to telomeres [1].

Both the repeating nucleotide sequence that occurs in telomeres and telomerase’s molecular structure were discovered in the 1980s by Elizabeth Blackburn and her colleagues, who received the 2009 Nobel Prize in medicine or physiology for the work. Blackburn—a molecular biologist who is one of the authors of the new human milk study—has in recent years collaborated with medical researchers who are eager to understand telomeres’ role in human health and longevity.

One pair of studies that compared the telomere lengths of kids growing up in different neighborhoods in New Orleans found measurably shorter telomeres among children who were prenatally exposed to smoke (at home) with those who weren’t [4]. They also compared the telomere lengths of children who grew up in “rough” neighborhoods (areas characterized by lots of noise, abandoned vehicles and so on) with those of children who grew up in “nice” areas [5]. But the children participating in these studies were all, in contrast to children in the new human milk study, past the period of most rapid lifetime telomere shortening.

The new study also highlights the effects of giving toddlers sugary drinks. The authors report a clear association between drinking lots of soda at three years of age and accelerated telomere attrition from four to five years of age that could not be explained by a possible role of soda in contributing to obesity. Why soda would have this effect on young children’s telomeres is not clear, although it may have something to do with the prevalence of oxidative species in cells.

What all this means for the importance of breastfeeding—and exclusive breastfeeding—on predicted human lifespan is hard to say. Although telomere attrition rates are linked to life expectancy, the details are messy. Telomeres are often different lengths on different chromosomes—and some research on cells known as fibroblasts suggests that it is not average telomere length—or even variance in their length—that triggers cellular aging processes, but instead, it is hitting a threshold of five telomeres below a threshold length that enables them to fully protect their respective chromosome ends [2]. All in all, though, the new study points to as-yet unappreciated mechanisms by which human milk likely contributes to cellular health.