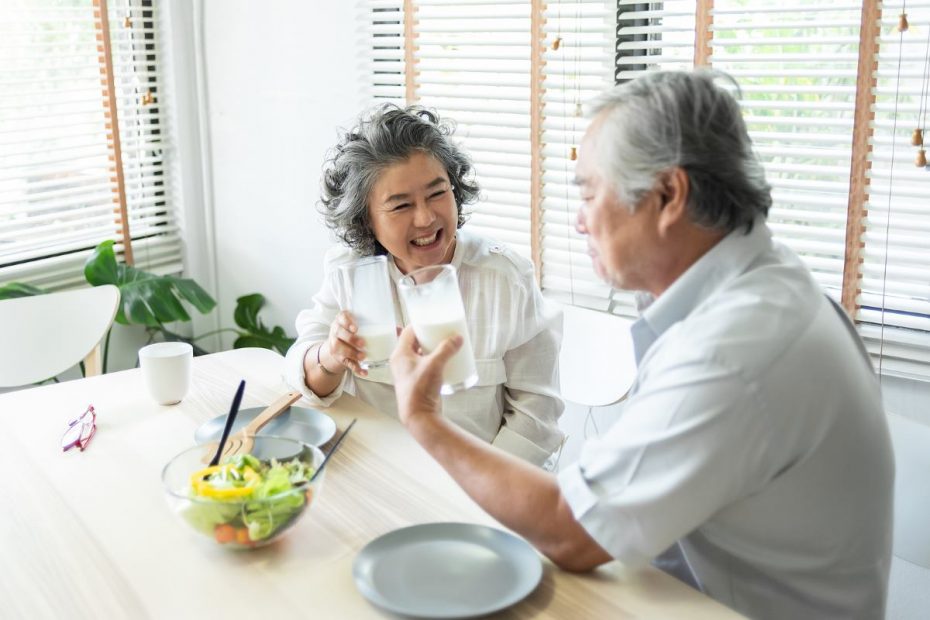 Vitamin B12 is crucial for health. If your body is not absorbing enough of it, various health problems eventually emerge, among them anemia, and neurological and psychological difficulties, such as struggling to walk or to see properly, and depression. For this reason, studies that guide people’s dietary choices towards getting enough vitamin B12 can make valuable contributions to public health. And because deficiency in this nutrient is most common among older adults, research that focuses on elderly people is of special relevance.

Deficiency in vitamin B12 has been labelled a worldwide problem [2]. It tends to be more common among vegans and people who suffer from certain medical conditions, especially those of the digestive system [3]. The reason that older people struggle more to provide their bodies with enough B12 is thought to be because of greater difficulty in adsorbing it from their gut (specifically, a condition called atrophic gastritis-associated food-cobalamin malabsorption is more common among older adults [4]). Although only 6% of people under 60 years of age in the United States and United Kingdom are deficient in this vitamin, the proportion is almost 20% among people above 60 years old in the same populations [3].

That public health needs to better understand how older adults can improve their vitamin B12 levels motivated the recent study by He Helen Huang of the University of Sherbrooke in Sherbrooke, Quebec, and her colleagues. The study is unusual not only because it focuses on the age group of greatest concern, but because it isolated with unusual certainty the contribution of different kinds of foodstuffs to elderly people’s levels of vitamin B12 absorption. This was possible given Canada’s restrictions on vitamin B12-fortification of common foods, rules that do not exist in the United States, for example [1]. In this sense, the study is the first of its kind. And the upshot is that the associations identified can be treated with greater confidence than those in many of the studies that have gone before. Québécois who said they took vitamin B12 supplements were excluded from the study.

The research drew on data from the Quebec Longitudinal Study on Nutrition and Successful Aging, which, for four years, tracked adults between 67 and 84 years of age living in the Montreal, Laval, and Sherbrooke areas of Quebec. The amounts of vitamin B12 that the study participants consumed were assessed by selecting a day each year, and, in a structured interview, asking them to recall all of the different kinds and amounts of food and drink they had consumed in the past 24 hours. From this, the research team could calculate how much vitamin B12 each individual typically consumed, and how much of the vitamin they received from different food groups. The researchers reported that 17.6% of participants had a total vitamin B12 intake below the estimated required amount, according to the Institute of Medicine in Washington D.C.

The levels of vitamin B12 that participants had actually absorbed were measured in two ways, given that researchers who study vitamin B12 are yet to agree upon a standard measure. First, the research team collected blood samples to assess the vitamin B12 in serum. Although this is a widely used measure, only about a fifth of the total amount of vitamin B-12 in blood serum is available for cellular uptake [1]. Therefore, from measurements in urine samples, they also calculated the ratio of methylmalonic acid (MMA) to creatinine (a waste product from muscle metabolism). MMA builds up (and is excreted as it does so) in people who are deficient in vitamin B12. For robustness, the team used both of these measures to identify individuals with low levels of the nutrient.

The results of their study squarely make the case that it is not only the total amount of vitamin B12 that you eat that matters for avoiding nutrient deficiency, but the sources from which you get it matter, too.

Dividing the possible vitamin B12 dietary sources into the categories “dairy products,” “meat, poultry, and organ meats,” and “fish and shellfish” led to simple public health insights. The more vitamin B12 that people consumed from dairy—in a classic dose-dependent response—the lower their likelihood of having both low levels of the vitamin in their blood serum and an elevated indicator of vitamin deficiency (i.e. the MMA:creatinine ratio of their urine). But the same could not be said for the other food categories. Whether study participants ate a lot or a little vitamin B12 in “meat, poultry and organ meats” showed no relationship with their vitamin B12 status in all of the statistical models that the research team ran.

These findings are largely in tune with other public health studies into vitamin B12, though, as previously mentioned, this research presents a uniquely clean assessment of the relationship because the participants did not eat vitamin B12-fortified foods. One study from Norway using data from around 18,000 men and women in the county of Hordaland in the west of the country, found the same result for meat consumption [5]. Two further studies from the United States also support this point [6,7]. Only one study, drawing on a cohort in The Netherlands, suggests that eating meat can raise your vitamin B12 levels [8], which Huang et al. [1] argue may reflect the much lower levels of meat consumed in that country. All of these studies associated dairy intake with healthier vitamin B12 absorption. And research into the question from Finland has also found that vitamin B12 deficiency is 2.3 times as likely among older adults who say they avoid milk products, compared with those who do not [9].

The reason the body seems especially adept at using the vitamin B12 in dairy products may largely be because of the heat treatment applied as these foods are produced and prepared. Dairy products are typically pasteurized, which involves warming to kill potential germs, but the temperatures involved in that process are far below those of a hot oven, or the flames of a grill, on which meats and fish are often cooked. Hence the vitamin B12 that you eat or drink from dairy products is far more likely to be in the form of complete chemical structures, rather than molecules partially degraded by the cooking process. The water content of dairy products may help absorption, too. And a further but potentially quite important reason the vitamin B12 in dairy is so bioavailable, relative to other sources, is that it is delivered alongside calcium ions, which are themselves necessary for the nutrient’s absorption process [10].

For such a widespread public health concern, with potentially profound effects, the findings of the Quebec study may give pause for thought for policymakers. Fortification of various kinds of foods with vitamin B12 may be generally in the service of public health (even though debate exists around appropriate levels of the nutrient [1]), but the extent of fortification is not a straightforward guide to how much consumers will gain from eating the products, since bioavailability varies so widely across foodstuffs. That said, the core public health messaging from the Quebec study is straightforward. Building upon the evidence from research that comes before it, the results clearly show that older adults benefit from ensuring that they have dairy in their diet.