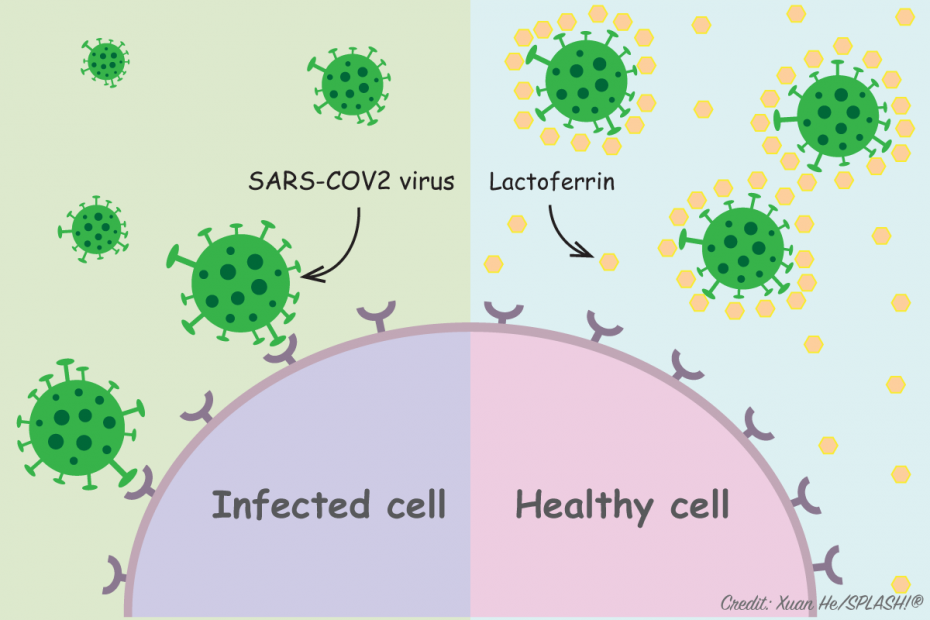 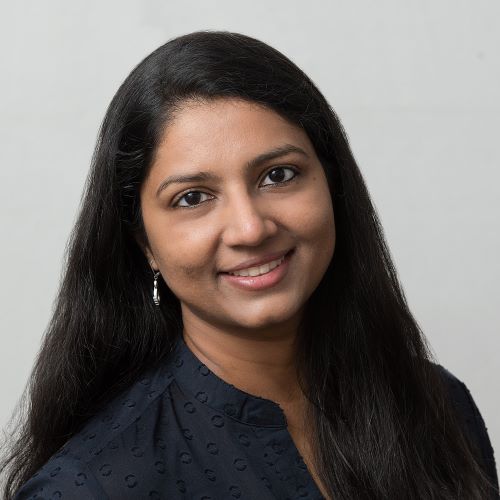 Early during the COVID-19 pandemic, medicinal chemist Jonathan Sexton of the University of Michigan and his colleagues were screening a range of drugs to see if any might work as effective antivirals against the SARS-CoV2 virus. While setting up the experiment, Jesse Wotring, a graduate student in the lab, added one more molecule on an impulse: an iron-binding protein named lactoferrin found in many secretions, including bovine and human milk.

The researchers had lactoferrin on hand because they were studying its potential benefits in a different condition known as hemochromatosis, where iron accumulates in tissues and causes poisoning. But a few previous reports had suggested the molecule also had antiviral activity against common pathogens such as norovirus and could block SARS-1 by preventing the virus from binding to cell surface receptors known as heparan sulfate proteoglycans.

In their experiments, Sexton and his team tested a library of more than 1400 FDA-approved drugs in cultured human cells for their effects on SARS-CoV2 infection. They identified 17 promising candidates—and lactoferrin ranked especially high on the list, blocking viral entry into cells, and thus preventing infection [1]. “It was hands down the most potent and the most effective therapy that we found,” Sexton says. “It was very exciting because of its wide availability as a dietary supplement.”

The researchers set out to test their serendipitous discovery and understand the underlying mechanisms that might be at work. To do so, they analyzed the transcriptome of cell lines that were treated with lactoferrin. They found that the treatment stimulated a strong interferon response that shut down viral replication inside cells. It also suppressed the production of inflammatory molecules that drive a runaway immune response known as the cytokine storm, which has been linked to severe outcomes of COVID-19 [1]. “It seems to have three separate mechanisms for efficacy against SARS-CoV2,” Sexton says.

But Sexton and the study authors add that while the results seem robust, they do not establish a cause-and-effect relationship between risk of COVID-19 infection and consuming dairy products. In their study, the authors write that the results, albeit promising, are “not enough to provide reliable nutritional recommendations, and stronger clinical studies are needed.”

In a follow-up to their 2021 study, Sexton and his team compared several lactoferrin-rich dairy products and supplements for their protective effects. They cultured human cells overnight, then treated them with a lactoferrin supplement, whey protein, and other products for 24 hours before infecting the cells with five variants of SARS-CoV2. Two days after infection, the team analyzed the cells using microscopy. They also tested a related iron-binding protein named transferrin and found no effects, confirming that lactoferrin’s antiviral effect is not dependent on the presence of iron alone [3]. “The efficacy we saw with the whey protein isolates basically tracked with the amount of lactoferrin in the isolates, so it seems it is the main active ingredient,” Sexton says. “Some other milk peptides have some antiviral activity, but it’s really the lactoferrin that’s doing all of the heavy lifting in the context of SARS-CoV2 infection.”

The team is now testing an oral formulation of lactoferrin to increase its presence in the mouth and mucosal membranes of the upper gastro-intestinal tract. If it works, this could act as another way to stop viral spread, Sexton says. “The vaccines are highly effective at preventing severe disease, but they don’t give you mucosal immunity—even after being vaccinated, you can still contract and spread the virus,” he adds.

A version of lactoferrin that persists on mucosal membranes and blocks the virus from entering cells could help prevent transmission. It might be “particularly useful for prophylaxis,” Sexton says. “We need every tool we can get to end this pandemic.”