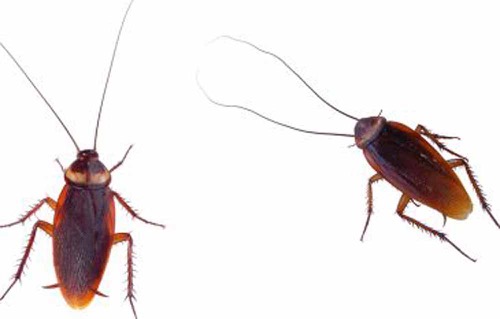 A new study on cockroach milk [1] attracted a lot of attention from popular news outlets last month. And who can blame them? The idea of a milk-like substance coming from an insect is a pretty remarkable finding. But a cockroach making milk is, surprisingly, not news; scientists have known about cockroach milk for more than 40 years [2,3]. The recent study from Banerjee and colleagues generated so much “buzz” because they found that cockroach mothers, despite their diminutive size, produce a complete nutrient for their offspring that is higher in energy than milks from most mammals [1]. Using cutting edge X-ray diffraction techniques to take the closest look to date at the crystal structure of cockroach milk, the international team of researchers reported that cockroach embryos dine on a wide variety of amino acids, essential long-chain fatty acids, and carbohydrates. Cockroach milk, it seems, is more than just a drink; it is a highly nutritious meal. But if the thought of adding cockroach milk crystals to your smoothie is completely unappealing, don’t fret. Thankfully, many of the features that make cockroach milk proteins so remarkable are also found in the milk of other mammals, including those sold in your grocery store dairy case.

One of these roaches is not like the others

Of the nearly 5,000 species of cockroach, only one is known to reproduce without laying eggs. The Pacific Beetle cockroach (Diploptera punctata) is viviparous, which means mothers provide nutrition directly to embryos as they grow and develop, and then give birth to live young [1,3]. In mammals, the placenta is responsible for nutrient transfer during gestation. In D. punctata, embryos are fed a liquid secreted from the wall of the brood sac, which is the insect equivalent of a uterus. Obviously, cockroaches lack mammary glands. But the liquid is nevertheless referred to as “milk” because of the role it plays in offspring growth and development.

Discovering an insect that produces milk is certainly a “Eureka!” moment, but scientists found something even more remarkable when they examined what happened after milk ingestion. Inside the embryo midgut, the milk proteins formed crystals, not unlike tiny nutritional diamonds. Cockroach milk, then, went from being a liquid when secreted, to a solid after consumption.

A crystalline structure offers two advantages. First, it allows for increased energy storage [1]. Folding clothes allows you to put more in your suitcase than if you simply threw them all in; in the same way, folding up the proteins and packing them into crystal structures allow for more nutrition to fit in the small roach stomach. The second advantage to forming crystals is the ability to hang on to that energy for a longer period of time [1,3]. Researchers observed that these crystals were not immediately digested but rather remained inside the cockroach gut. Like a nutritious cough drop slowly dissolving and continuously releasing flavor, roach milk crystals dissolve as the nutrients are needed by the embryo [1].

For an entomologist, understanding the nature of the milk crystals would help solve the mystery of how this roach species was able to evolve a completely unique form of reproduction. After all, viviparity would not be possible in D. punctata without the nutritional support usually provided by only the egg yolk [3]. But the composition and structure of the milk crystals is of interest outside the world of insects as well. Could the world’s most nutritious food be hiding out in the stomachs of roach embryos?

Analyzing a liquid, like milk, is relatively straightforward. There are particular kits that can be used to determine what types of proteins are inside; certain fat-binding chemicals can be added to figure out how much fat and what types of fats are present; and it can be centrifuged to see what settles to the bottom. But crystal structure and formation are a bit trickier, especially if one is interested in examining a crystal inside a living organism (what scientists refer to as in vivo). Hence, the more than 40-year waiting period from milk crystal discovery to milk crystal structural analysis.

Banerjee et al. [1] used cutting edge X-ray diffraction technology to take the highest resolution picture to date of the roach milk crystals. And what they discovered was a crystal structure like no other. The milk crystals were not composed of only proteins; the proteins were attached to carbohydrates (referred to as glycosylation) and fatty acids. And a closer inspection of the protein sequences demonstrated that they were extremely diverse in their amino acid composition. As such, these milk crystals are a complete food, providing all the essential macronutrients [1].

Although the focus of the paper was to elucidate the specific properties of cockroach milk crystals, the authors could not resist seeing how cockroach milk stacked up against the real deal. One crystal was found to contain 3.7 x 10-5 joules (J), which is the equivalent of 8.8 kilocalories (kcal). Take 100 grams of roach milk crystals and compare it with 100 grams of milk from various mammals and what do you find? Roach milk crystals are more than three times higher in energy than the milks of many mammalian species, including cows, with the majority of that energy provided by protein [1].

Cockroach milk in the dairy aisle?

No need to panic dairy cows, you are not out of a job. Despite its complete protein package and high-energy content, cockroach milk is an unlikely substitute for cow’s milk and its numerous associated dairy products. In addition to the logistical issues (just how many cockroaches would need to be “milked” to produce enough crystals for one human meal anyway?), there is a large cultural barrier. Cockroaches are seen in most Western cultures as a pest, not as food. Convincing people to consume the contents of their embryos’ stomachs, no matter how nutritious, may prove impossible.

That does not mean they won’t make their way into the human food supply. Dr. Ramaswamy, the corresponding author on the cockroach milk crystal study, discussed the possibility of genetically-engineering the crystals in a yeast substrate [4]. This represents a great example of translating science into public policy. The researchers have discovered a highly nutritious substance with potential to supplement or augment human diets. Using DNA sequences of the proteins present in the crystals, “synthetic roach milk” could be used to provide essential nutrients (particularly amino acids) to impoverished populations. All the nutrition, none of the roach.

But if you can’t wait for a slow-digesting source of complete protein, take solace in the knowledge that one exists, and it is probably already in your refrigerator. It turns out that mammalian milk proteins employ many of the same tricks as the cockroach milk. The casein proteins in milk form protein bundles in the intestines that help slow their digestion and the subsequent release of their amino acids [5]. They may not shimmer like glitter, but they come in a much easier-to-swallow package.