Cholesterol—What’s (Love of) Cheese Got to Do With It? 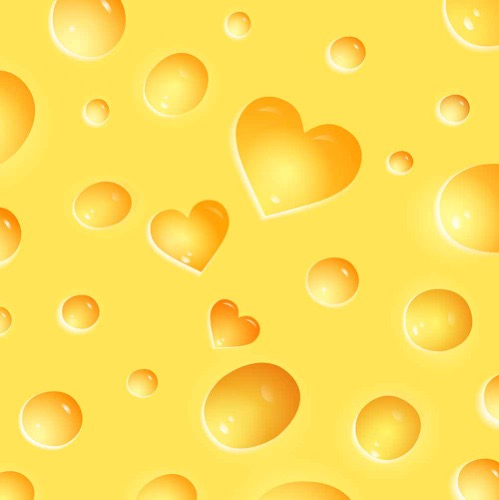 Lamb chops, chips, chocolate, cheese—what’s not to love? Yet, an affair with such fatty foods is prone to be marred by worry. Health authorities tell us that foods high in saturated fats increase our “bad” cholesterol and, along with it, our risk of heart disease. But research shows that calcium-rich dairy products such as cheese—despite their high content of saturated fat—may not wreck our hearts after all.

The pooling of results from lots of studies have indicated there is no reason to believe milk and dairy foods cause cardiovascular disease (1, 2). On the contrary, many studies suggest that eating plenty of dairy may actually protect against clogged arteries, stroke and heart attack (3).

Much of the evidence comes from so-called observational studies, where researchers observe what happens in a group of study participants living normally without any intervention. Observations often span decades, and might include what participants eat and whether or not they develop certain diseases. The researchers can then calculate the health risks associated with consumption of the food(s) in question. The Achilles’ heel of observational studies is that they cannot determine cause and effect; at best, they provide circumstantial evidence and hypotheses.

Carefully controlled intervention or experimental studies, on the other hand, are considered the gold standard for directly testing the health effects of various substances, diets, or treatments. Recently, Danish scientists have undertaken several short-term intervention studies to verify the hypothesis that calcium in milk and dairy products can counteract the harmful effect of saturated dairy fat (4-6).

“Among leading scientists in this field, there is a strong consensus that you cannot make judgments about health effects of a food only by reading the food label—you need to study the whole food. And that is what we have been doing over the last five years,” says Professor Arne Astrup, Head of the Department of Nutrition, Exercise and Sports at the University of Copenhagen, Denmark.

Of Pigs and Men

In one study, the scientists fed two groups of pigs a high-fat diet. During an adaptation period, the two weight-matched groups received the same diet. In a subsequent intervention period, one group of pigs received the high-fat diet, now supplemented with milk minerals, predominantly calcium. The other (control) group received a placebo, that is, the same high-fat diet without milk minerals. In a similar human study, healthy non-smoking young men were put through two intervention periods, consuming a high-fat diet with or without added milk minerals, respectively. The diet was tailored to the men’s individual energy requirements, calculated from their basal metabolic rate and physical activity level (4).

The human study was a sub-study of an experiment where the main source of calcium was dairy products rather than mineral supplements (5). The scientists realized their original data might be confounded by differences in diet compositions owing to the wide range of nutrients present in the milk. So they included the sub-study to keep the number of experimental variables to an absolute minimum, relying on a milk mineral concentrate instead of potentially variable dairy minerals. The sub-study and the pig study confirmed the original results.

Flushing Out the Bad Fats

So the calcium in dairy evidently makes amends for the supposed badness of saturated fat, which—ironically—endows dairy products with their creamy deliciousness. But how?

Cranking up the calcium in the high-fat diets of the Danish study participants stimulated their bodies (pigs and men alike) to excrete much more fat in their feces (4, 5). This seems, at least partly, to confirm the proposed mechanism in which calcium binds to fatty acids inside the intestines, forming insoluble soap particles that get flushed out with the feces.

However, the study authors pointed out that the increased fecal fat excretion could only partly explain the cholesterol-reducing effect they observed. They suggested that another, so far unidentified mechanism, was also at play, possibly involving aggregation of bile acids and other minerals such as phosphate or magnesium.

What about Different Types of Dairy?

Another question that keeps nutrition researchers busy is whether different dairy products such as butter, milk, yogurt, or cheese differ in their ability to influence cholesterol levels. This would seem plausible, given that dairy products differ a great deal in terms of their physical makeup, such as how their calcium and fat molecules are assembled. Some observational studies have suggested that particularly cheese and yogurt consumption is related to good cardiovascular health (3). But the body of evidence has been somewhat confusing.

To provide some experimental data, Danish scientists recruited another batch of healthy young men willing to go on a series of highly controlled diets for a few weeks. The experimental design involved milk- and cheese-based diets in which all the nutritional values, including fat and calcium content, were strictly matched, making it possible to confirm any dairy-related differences (6).

Compared with the control diet, the milk- and cheese-based diets attenuated the cholesterol-raising effect of saturated fat and stimulated fecal fat excretion, consistent with the findings from the other studies. Milk and cheese appeared to have the same effect; however, as Astrup points out: “There might be a difference that the study did not have the statistical power to pick up, which actually could have important public health implications in favor of cheese.”

Clearly, the jury is still out on precisely how—and how much—dairy foods influence the body’s cholesterol levels. Likewise, a complete picture of the health effects of dairy food consumption is probably still some way off. What the latest research is telling us though, is that the saturated fat in dairy products does not deserve its tainted reputation.

So while ditching the chips from fish ‘n’ chips is still sound health advice, dairy lovers may take comfort in the knowledge that their calcium-laden objects of desire are not such baddies after all. Pass that cheese, please!

1. Elwood PC, Pickering JE, Givens DI, Gallacher JE (2010). The consumption of milk and dairy foods and the incidence of vascular disease and diabetes: an overview of the evidence. Lipids 45: 925–939.