Cheese May Be Good for Blood Circulation 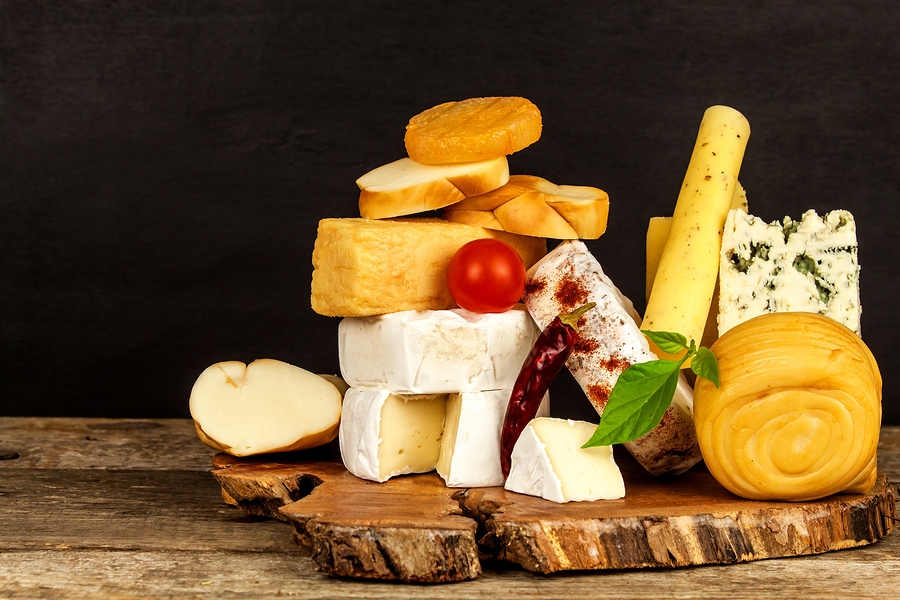 Cheese is much more than just food. It is a part of the compelling story of ancient and modern human civilization. The huge range of cheeses today reflects the diversity of human taste and history. Cheese types also became a metaphor for public opinion. As Charles de Gaulle frustratingly said, “How can you govern a country (France), which has 246 varieties of cheese.” Adding to this impressive résumé of achievements, investigators recently demonstrated that natural cheese may also be good for blood circulation in older adults (1).

A Brief History of Cheese

People at the dawn of civilization realized that milk from livestock quickly spoiled and became unsuitable for human consumption. All that nutrition and energy in milk could be wasted at a time when the next meal was often uncertain. Cheese was the solution to this problem as it provided a convenient and long-term means of concentrated storage of the nutrients in milk. Cheese could be eaten when times were tough or traded when plentiful.

About 20–30% of cheese is protein, which, when digested into its constituent amino acids, is the basic building material for human growth, development, and metabolism in the young, and body maintenance in adults. Cheese also has fats that provide energy. Why is cheese storable for long periods? Initially in the process, cheese makers add special bacterial species to milk, which live on the sugar (lactose) in milk and ultimately give each cheese type its characteristic taste. Depletion of the lactose in the milk by these added bacteria makes it hard for other spoilage bacteria to live. Later in the process, the cheese maker adds salt and removes moisture, which also prevents spoilage. Salt is an excellent food preservative, but today it is known that too much dietary salt is bad for a person’s health (2).

Multiple groups of investigators who examined results from many scientific experiments and clinical trials conclude that the currently recommended level of dairy food consumption is linked with decreased risk of cardiovascular disease (CVD) (3-5). CVD is a broad class of diseases that affect the heart or blood vessels and includes coronary heart disease, stroke, heart failure, and high blood pressure (6). The American Heart Association recently reported that CVD in the USA affected nearly half of the adult population in 2016 and it is the leading cause of death in the world (6). Sobering statistics! The greatest risk factor for CVD is age, but diet and lifestyle are strong and modifiable risk factors (6). There is not much that can be done about ageing, but modifiable risk factors point toward practical ways of reducing the incidence of CVD. Most people eat far less than the recommended level of dairy products in their diets, especially the elderly (2), and hence are at greater risk of CVD. Scientists have also demonstrated that eating the recommended amount of dairy food each day improves cardiovascular health by lowering blood pressure and reducing arterial stiffness (7, 8).

Health authorities may be able to reduce the incidence of CVD by better promoting their recommendation that people eat three dairy servings each day, with a focus on low-fat dairy products (2). But it’s not that simple. Some dairy products like cheese contain salt, which when present in non-dairy foods is a risk factor for CVD (9, 10). Unexpectedly, a recent clinical trial demonstrated there is something special about cheese consumption. It preserves normal blood flow in very small blood vessels in healthy elderly people with normal blood pressure, despite their high-salt diet (1). Turophiles (cheese lovers) should celebrate!

The Salt of It

Scientists in many investigations conclude that too much dietary salt, or sodium chloride, reduces the kidneys’ ability to remove water, which results in extra fluid in the blood, increased blood pressure, and a chronic strain on major blood vessels (1, 11). An excess of salt in a diet also independently affects the functions of very small blood vessels by reducing blood capillary density in tissues, changing the capillary internal structure, and altering the responsiveness of capillaries to normal chemical regulatory signals (11). Scientists suggest that these latter effects in small blood vessels are not well understood and could be a warning of future CVD risk for people who have normal blood pressure (1, 11). The United States Department of Health and Human Services and the United States Department of Agriculture indicate that most people in the USA far exceed their recommended daily intake of salt (2). Although dairy products decrease the risk of CVD (3-5), scientists suggest that it is important to independently measure the effect of cheese consumption by elderly people on both low- and high-salt diets.

Cheese is Good for Blood Circulation

Billie Alba and five colleagues from Pennsylvania State University and the Ohio State University recently published results from a clinical trial assessing the impact of cheese on blood microcirculation in an elderly but healthy population averaging 64 years of age (1). Although the number of people assessed in the clinical trial was small, the results were very interesting, and potentially very useful.

The clinical trial was a turophile’s dream come true. The participants in the trial who were lucky enough to be allocated to the right group on day one received a choice of excellent natural cheeses, four times a day and were also given a controlled diet containing either high or low quantities of salt. Others were initially not so lucky. They received only the high- or low-salt diet but no cheese, to rub salt into the wound. At the end of seven days on the diets, the investigators assessed the participants for their levels of a range of factors including blood pressure, urinary sodium, and several blood components. The investigators also measured dilation (expansion) of very small blood vessels in the arm in response to a range of concentrations of a normal signalling chemical, acetylcholine. They explained that the latter measurement assessed a normal function of small blood vessels, i.e., localized microvascular response to acetylcholine. The inability of very small blood vessels to dilate, possibly due to stiffness, may be an early indicator of increased risk of CVD (1, 12, 13). After a week’s rest, the groups were swapped to a different diet by the investigators and again assessed for their responses after seven days. In this way, each participant received each of the four diets (low-salt, low-salt with cheese, high-salt, and high-salt with cheese). Thankfully, all participants eventually sampled the variety of cheeses on offer.

The investigators ensured that the four diets contained equal quantities of total fat, carbohydrate, and protein to control for the additional nutrients in cheese. Importantly, the clinical trial was “blinded” to the investigators, i.e., the core investigators did not know who was receiving a specific diet at any time in the trial. This design feature prevents inherent investigator bias creeping into the experimental data.

The first result that captured the investigator’s attention was the amount of urinary sodium excreted by the trial participants on both high-salt diets. It was about three times greater than that for participants on the two low-salt diets. That’s a big difference. The kidneys of the elderly participants were certainly working well! Moreover, as the investigators reported that the blood pressure of the participants was largely unaffected by the high-salt diets, all the elderly participants except one were classed as “salt-insensitive.” This result independently confirmed an important selection criterion used for the original enlistment of participants in the clinical trial, i.e., the participant blood pressure had to be normal and unaffected by salt. The investigators removed the person who was salt-sensitive from the trial and one other person for noncompliance with the diets.

Alba and colleagues also investigated the mechanism underlying the beneficial effect of cheese in healthy people on a high-salt diet (1). Their experiments and results from other scientists led Alba and colleagues to conclude that dairy proteins in cheese prevented salt-induced oxidative stress in small blood vessels (1, 14-17). Oxidative stress in the body results from an imbalance between free radicals and anti-oxidant chemicals. Free radicals are highly reactive small molecules that indiscriminately alter nearby molecules carrying out important biological functions. Cheese proteins tipped the oxidative balance against free radicals leading to less molecular damage and maintenance of normal biological function.

It’s hard to change a lifetime of dietary habits. Some are bad, like a high-salt diet. But there is hope. The incorporation of the recommended amount of natural cheese into a high-salt diet “may be an effective strategy to reduce cardiovascular disease in salt-insensitive, older adults” with normal blood pressure and no other health problems (1). The cheese résumé just became more impressive. Pass the Gouda and Edam, please!