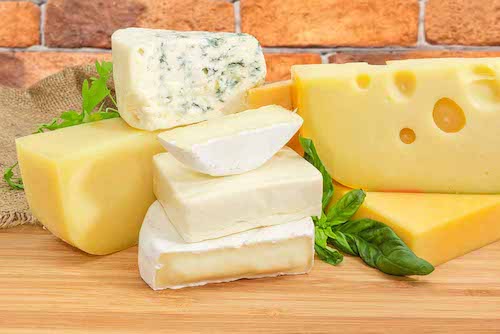 The Ommoord district of the city of Rotterdam, in the Netherlands, is known for its many residential towers. Among epidemiologists, it has a new notoriety. Between 2000 and 2016, researchers tested the urinary tract infections (UTIs) of Ommoord residents for resistance to a number of antibiotic drugs. The aim was to figure out why some people struggle with drug-resistant UTIs, but other people who catch UTIs get infected with bacteria that modern medicine has no trouble conquering. The Ommoord study has a simple conclusion [1]. At least in the Netherlands, eating chicken and pork is associated with an increase in the odds of having drug-resistant UTIs, but eating cheese reduces this. Cheese, in this sense, appears to promote a urinary tract that can be more easily soothed.

The antibiotic resistance data were recorded through routine medical procedures in Ommoord. There were many residents with urinary infections in the city over the study period whose diagnoses were carried out at the same laboratory. Every time this lab identified Escherichia coli in a urinary culture, its technicians performed a series of tests to see which of a list of antibiotics could kill the E. coli cells. Of these, 612 people completed dietary surveys, so Marlies Mulder, Bruno Stricker and their team of researchers could assess how much of several food groups the Ommoord’s UTI sufferers were consuming on a regular basis. The research team then modeled the data, such that one at a time, resistance to each antibiotic was predicted using the dietary data, while statistically removing the influence of additional factors that often correlate with diet (such as age, sex, and socioeconomic status).

Resistance to certain kinds of antibiotic drugs was linked to eating certain kinds of food. The odds of having a UTI resistant to cefotaxime was highest for people who ate a lot of chicken. Cefotaxime, like amoxicillin, is on the World Health Organization’s Model List of Essential Medicines. Those who consumed a lot of pork had a particularly high probability of their UTI demonstrating resistance to norfloxacin. However, a diet rich in pasteurized cheese cut the likelihood of a UTI with resistance to the most common type in the study—resistance to the drug, amoxicillin, which was found in 40% of the Ommoord UTIs. Cheese consumption also reduced resistance to amoxicillin-clavulanic acid. The more cheese that participants reported eating regularly, the lower their odds of antibiotic-resistant UTIs.

What might explain these patterns? To the researchers, the worrying finding for individuals with high chicken intake was no surprise at all. A few years ago, another study revealed that 94% of chicken that was on sale in retail outlets in the Netherlands contained E. coli with genes known as “ESBL genes” [2]. These genes produce extended-spectrum beta-lactamases—enzymes that fight antibiotics. Sequencing of ESBL genes has also revealed that those exact sequences found in bacteria from broiler chickens are genetically indistinguishable from sequences in human cultures—demonstrating the causal link [3]. Similarly, the association between pork consumption and norfloxacin resistance is most likely explained by the liberal use of antibiotics on pig farms.

Why cheese might lower the odds of amoxicillin-resistant UTIs is harder to state with confidence. A plausible answer put forward in the literature is that eating cheese helps to cultivate generally healthy gut microbiota, which in turn may make it hard for antibiotic-resistant bacteria to latch on and grow in the body. The specifics of this mechanism—known as the “resistome” hypothesis [4]—are lacking, however. Even so, one small study that prescribed eating cheese alongside a dose of the antibiotic amoxicillin-clavulanic acid found that cheese consumption lowered amoxicillin-resistance rates found in enterococci bacteria (though not E. coli) [5].

So there seems to be some causal connection, but researchers have their work cut out to pin down exactly how cheese lowers UTI antibiotic-resistance rates. In the meantime, the dietary advice is clear for people who have struggled over the years with this potentially excruciating medical problem. If you want to keep eating chicken and pork, try to source it carefully from a farm that is sparing in its use of antibiotics. Safer still, fill your shopping basket with cheese.