A Case for Vitamin B12 “Smuggling” 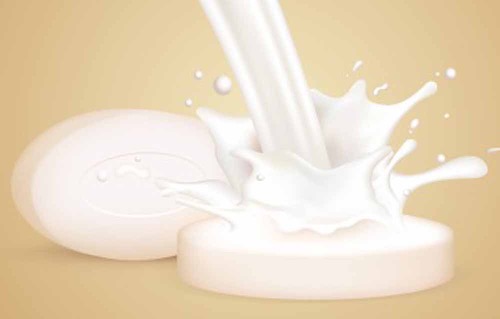 Memory loss, depression, numbness, seizures—those are some of the potentially irreversible symptoms suffered by people lacking vitamin B12. The deficiency is relatively common, especially in vegetarians and in people with dysfunctional uptake of the vitamin in the gut. A recent study (1) suggests that a protein found in cow’s milk stimulates vitamin B12 uptake via an alternate route. This protein might be used as a natural source to treat vitamin B12 malabsorption.

Our body needs vitamin B12 to support the metabolism, produce red blood cells, and to make sure our nerve cells work properly. But our body can’t make vitamin B12—a molecule produced by certain bacteria that, for instance, reside in the rumen of cows. Therefore, we need to get vitamin B12 from our diet, or from supplements.

Many people consume well above the recommended daily intake of 2.4 micrograms—an amount you could get from two or three glasses of milk—but some don’t consume enough. This is the case for many vegetarians, especially vegans (2), as the only natural source of vitamin B12 is animal products. Others can’t absorb the vitamin properly into their gut cells. These are mainly elderly people, but also people affected by gastrointestinal disorders or gastrointestinal surgery.

Consequently, vitamin B12 deficiency is relatively common, leading to a range of health problems, including anemia and nerve damage. Potentially severe or even irreversible, the symptoms are many: fatigue, loss of appetite, ‘pins and needles’ in the hands and feet, balance disorders and dementia, to name but a few.

To treat these debilitating effects in those suffering vitamin B12 malabsorption, doctors typically prescribe monthly intramuscular shots—no doubt a hassle for the patient and often painful—or very large oral doses of vitamin B12—a daily routine that can be difficult to follow (1). Therefore, scientists are looking for new ways of delivering vitamin B12 to people at risk of deficiency.

The vitamin B12 “trafficking route”

Many studies have indicated that vitamin B12 from milk products is absorbed more easily than vitamin B12 from other natural sources, as well as the synthetic form found in supplements. The secret of this greater bioavailability of dairy vitamin B12 may lie in the proteins that attach themselves to the vitamin. But before getting to the secret, let’s take a quick tour along the vitamin B12 “trafficking route”.

Several proteins produced in our gastrointestinal tract help absorb vitamin B12 through the cells lining our small intestine and into our bloodstream. Holding onto and letting go of the vitamin at certain places en route, the proteins function more or less as chauffeurs and bodyguards, providing cross-border transport and unlocking doors. It’s here—at any of these “checkpoints”—that an inherited or acquired dysfunction can cause malabsorption and vitamin B12 deficiency (1, 3). Once inside the bloodstream, vitamin B12—also known as cobalamin—is escorted to various body tissues by a protein called transcobalamin.

Besides its blood-trafficking role, there is some evidence to suggest transcobalamin can also promote uptake of vitamin B12 from the intestine. Recently, Hine et al. added further evidence to this notion (1). They showed that the bovine version of transcobalamin, extracted from cow’s milk, stimulated uptake of vitamin B12 into lab-grown cells derived from cows, mice, and humans. This indicated an uptake mechanism that is similar across different animal species, even though transcobalamin itself varies somewhat between species. For example, the series of amino acids that make up the protein is around 70 percent similar between cows and humans. And while the protein largely ferries around in the blood of humans, it acts as an “escort” for vitamin B12 in cow’s milk.

Hine and colleagues also reported that the transcobalamin-vitamin B12 twosome from cow’s milk was much more effective than vitamin B12 alone in traversing specialized human intestinal cells. These cells are commonly used as a laboratory model for what goes on inside the gut. Interestingly, the experiments indicated that the transcobalamin “route” was distinctly different from the regular route—and did not involve any of the protein “smugglers” working the regular route.

This alternate route could be good news for those people whose “regular route” for vitamin B12 uptake has been cut off. Hine et al. proposed that transcobalamin-vitamin B12 complex extracted from cow’s milk might be used as a natural bioavailable alternative in beating vitamin B12 malabsorption.

But there’s a long way from observations in lab-grown cells—no matter how promising—to real, viable treatments based on studies in humans. And while cow’s milk is rich in vitamin B12, milk-processing procedures would likely need to be optimized to extract the complex in a cost-effective and practical way. Furthermore, the kinds of doses required still need to be identified.

In the meantime, enjoying regular doses of dairy products will continue to provide an excellent source of this important vitamin for all those blessed with an intact trafficking “route”.