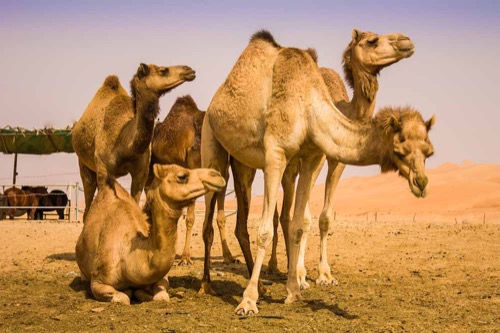 A little over a decade ago, an article appeared in a journal devoted to diabetes research claiming that the disease did not exist among the camel-milking drinking Raica community, a group living in the desert of northwest India, in the state of Rajasthan. The study had surveyed more than 2,000 people. The defining factor in the Raica community’s healthy blood glucose levels appeared to be their camel milk consumption, not genetics, nor a holistically healthy lifestyle [1].

Since that article was published, its authors have buttressed their initial conclusions. Raica community members who do not drink camel’s milk can indeed develop diabetes. The same researchers tracked down a small number of them via a Rajasthani hospital outpatients department. Just as was the case for non-Raica individuals with type II diabetes in their follow-up study, three-months of drinking half a liter of camel’s milk a day reduced the severity of diabetic Raica community members’ disease. The change was evident in various measures, such as post-meal glucose levels and levels of hemoglobin A1c (which is a marker for glycemic control) [2].

Diabetes is one example of a long list of ailments against which camel’s milk has been reported to be medicinal. Other studies suggest that it can fight infections, from diarrhea-causing germs in children [3] to intestinal worms that commonly afflict sheep and goats in North Africa [4]. Some find that it can even help to alleviate symptoms of autism [5] and reduce the risk of various cancers [6, 7, 8]. The quality of these studies varies. Nonetheless, the demand for camel’s milk outside the regions where it is traditionally consumed is rising. Camels are now the fifth most important dairy animals in the world according to the United National Food and Agriculture Organization [7].

Other than the particular case of the Raica community, is there strong evidence that camel’s milk can help to treat diabetes? The simple answer is that there are various encouraging experiments and trials, most of which report a protective effect, but they generally involve a small number of participants. When it comes to type I diabetes, for example, Parvin Mirmiran and her colleagues at universities in Tehran, Iran, conclude in their review of the field that most studies have reported a reduction in average insulin dose in response to drinking camel’s milk [9]. For type II diabetes they find that the evidence is slightly less clear than for type I diabetes, though it is still positive on balance.

One of the most recent and optimistic trials of camel milk in people with type II diabetes involved randomly selected patients who were being treated at a hospital to the west of Tripoli, in Libya [10]. Forty-two men aged between 40 and 65 were included in this study, all of whom received the hospital’s usual outpatient treatment of dietary changes, exercise and regular injections of insulin. Twenty-one of the men were asked to drink half a liter of fresh camel’s milk each day, on top of following the usual treatment.

The results were impressive. For three months the fasting glucose levels and insulin doses of all of the men were monitored. By the end of the period, those who consumed camel’s milk had 13% lower blood sugar than those who hadn’t—and the researchers previously checked that the two groups had basically the same average blood sugar levels at the start of the study. Unsurprisingly, therefore, the camel milk-drinking men didn’t need to inject as much insulin: they saw a steady decline in the amounts that they needed over time—and after three months, it was 25% lower than at the outset. Moreover, a battery of blood tests comparing the two groups at the end of the three months demonstrated highly significant improvements in the camel milk group relative to the control group, for every measure tested except for cholesterol levels—that is, the researchers observed improvements in levels of hemoglobin A1c, bilirubin, urea, creatinine, triglycerides, and many more indicators of metabolic health.

What is it about camel’s milk that might account for its apparent benefits for diabetics? This is where existing research is even less conclusive. One contributor might be zinc. Camel’s milk contains a lot of it relative to cow’s milk, and zinc is known to enhance insulin’s interaction with its receptor [6]. Another is likely to be an insulin-like molecule in camel’s milk that is understood to be protected from human stomach acid. This is because it is encapsulated by lipids [11]. Moreover, this molecule is probably easily absorbed into the bloodstream after it has run the gauntlet of the stomach because camel’s milk does not coagulate—become lumpy—in an acidic environment (unlike cow’s milk) [11].

At least two studies have recently homed in on new details. A research group based in Saudi Arabia, at King Abdel-Aziz University, in Jeddah, conducted an experiment on laboratory rats, inducing diabetes in some of them [12]. They sourced camel’s milk from a farm in Mecca princedom and fed it to the rats. The scientists then followed shifts in the gene expression patterns of these animals. In addition to the improvements in blood glucose and other benefits that researchers elsewhere have documented in human studies, this group was able to observe changes in the expression of various genes—notably genes called CPT-I, FASN, PK, and IRS-2—as well as stimulation of insulin production and secretion from the rats’ pancreases. A joint research project between Saudi researchers and others at the University of California, Irvine, meanwhile, has found that camel’s milk has an especially high level of freely available gamma-aminobutyric acid (GABA) [13]. GABA has separately been shown to prevent and reverse diabetes in animal models, probably because it helps to lower autoimmune inflammation and restore pancreatic beta cells.

These high levels of free GABA content might also offer a mechanism by which camel’s milk could provide some protection against cancer. As the authors of the Saudi-US paper point out, GABA has been shown to inhibit the migration of cancerous cells in the colon. As with the gathering evidence around camel’s milk as a defense against diabetes, that is an exciting avenue for research. If camel’s milk is as medically useful as this early work proposes, it offers hope to much of the world’s population that cannot afford the bulk of modern medicine’s solutions.