Bring Back the Fat in Milk: Kids’ Edition 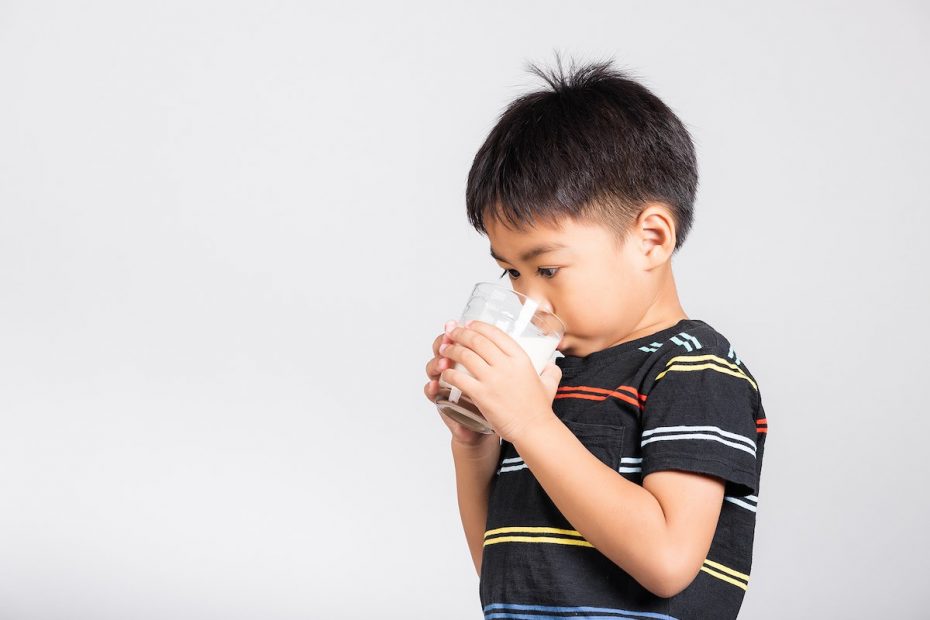 For decades, the Dietary Guidelines for Americans (DGA) [1] has recommended that individuals over two years old consume low-fat or non-fat dairy products to limit their intake of saturated fats, despite mounting scientific evidence that dairy fat has positive effects on adult heart health and the risk for developing other chronic diseases, including diabetes.

New research [2-4] on children and adolescents is now calling into question the dairy fat guidance for these age groups as well. Currently, children aged two to 18 are encouraged to include low-fat or non-fat dairy foods, particularly milk, in their diet, to reap the nutritional benefits they offer for growth and development and to avoid the higher calorie count and saturated fat intake provided by whole milk [1]. The concern for weight gain in this age group is justified; 41% of children and adolescents in the U.S. are overweight or obese [1]. However, the association of milk fat content with weight gain in children is still not well understood [2].

Going against the conventional wisdom that low-fat milk has a protective effect toward obesity, a team of pediatricians and nutritionists [3] hypothesized that higher-fat cow’s milk consumption (whole or 2%) during early childhood would be associated with lower measures of adiposity and cardiometabolic risk during early adolescence than lower-fat (1% or non-fat) cow’s milk consumption. This is a tricky hypothesis to test because so many factors contribute to body composition, including diet, genetics, physical activity, and socio-economic status. To determine the influence of just one factor (milk fat content) required the collection of a large amount of additional data and advanced statistical modeling to account for potential confounding factors. Of particular concern was a type of bias called confounding by indication. Parents of young children that have a higher body mass index (BMI) may be more likely to select low-fat or non-fat milk to reduce their child’s body weight, whereas parents of children with a lower BMI may be more likely to continue providing whole milk. BMI during childhood (the indication) could bias the milk choice and imply an association when in fact there isn’t one [3].

The study did not find any protective effect of lower-fat cow’s milk on adiposity or cardiometabolic risk during adolescence [3]. Instead, after controlling for multiple confounding variables and adjusting for baseline anthropometrics to reduce confounding by indication, the consumption of whole or 2% milk during early childhood was associated with lower odds of overweight or obesity in early adolescence. The investigators also found no association between the frequency of milk consumption at age three and any trends in body mass or measurements of cardiometabolic health in adolescence [3]. These results were consistent with a 2021 prospective cohort study that found children 9 months to 8 years old that drank whole compared with reduced fat milk had lower odds of overweight two years later [4].

A simple explanation for these somewhat counterintuitive findings is greater satiety (or a feeling of fullness) from whole or 2% milk compared with lower-fat milks [3]. Children drinking full-fat milk with a meal may eat less than those drinking non-fat milk and therefore consume fewer calories overall. But the study authors also point to the fact that milk fats are biologically different from saturated fats found in other foods [3]. Compared with red meat, milk has a higher proportion of short- and medium-chain fatty acids, which could positively influence cholesterol levels, and more odd-chain saturated fatty acids, which have been shown to have positive effects on heart health and the risk for developing type 2 diabetes. Moreover, these beneficial types of fatty acids have unique packaging in milk: membrane-bound bubbles called globules. The membrane that surrounds the milk fat globule has been found to have immune-boosting properties, including interacting with probiotic gut bacteria [5]. It is possible that these probiotic effects have a positive influence on metabolism like that of probiotics provided by fermented foods.

If saturated fats from milk are not associated with weight gain and can have positive effects on health, why are nutritional guidelines still asking adults and children to avoid them? Old habits die hard; saturated fats have been the bad guys of the nutritional world for decades and large-scale policy changes to encourage their consumption only in particular foods may not be successful. The Project Vida study team believe that the best policy change would be to remove any guidance about milk or yogurt fat content after age two [3]. This change could go a long way in taking the stigma off milk fat and would move nutritional advice in the direction of being food-based rather than based on the particular type of fat.