Breastmilk as a Tool to Shed Light on Breast Cancer 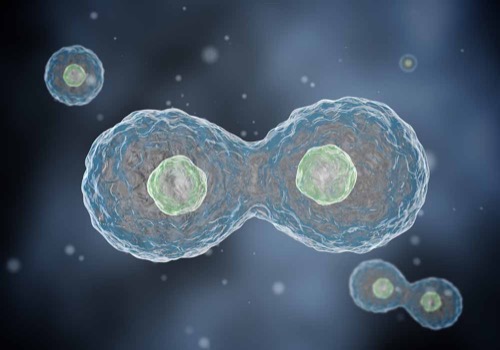 When we discuss breastmilk we usually think of the baby. And rightly so, because this golden liquid contains all the nutrition, protection, and developmental signals the baby needs to grow healthily and appropriately. Research, however, is now starting to also consider the mother and ask what breastmilk can tell us about her health, the function of her breasts, her predisposition to developing breast cancer, and ultimately, the mechanisms that can lead to cancer. What is in the milk that can answer these questions?

The breast fully matures only in lactation

Lactation is the only time during the life of a woman when her breasts become fully mature and functional organs. This process begins when a woman becomes pregnant, it progressively continues during different stages of pregnancy, and culminates after delivery of her child. This amazing transformation of the breast from an esthetic part of the body to a milk secretion factory that nourishes, protects, and programs human development occurs because of the mother’s changing hormonal environment that is mediating alterations in the breast at the cellular and molecular levels1. Interestingly, some, but not all, of these alterations are also observed in breast cancer2, 3.

From birth until the first pregnancy of a woman, the breast is a quiescent and underdeveloped organ. During each pregnancy and upon the progressive effect of a changing hormonal circuit, the breast undergoes a massive transformation1. From few small epithelial ducts at the beginning of pregnancy, it grows to contain numerous longer ducts that have primary, secondary, and tertiary branches leading to spherical structures called alveoli4. Alveoli are specifically formed during this period and contain cells that are programmed to synthesize and secrete copious amounts of milk, which typically happens after delivery of the baby1, 4. Milk production continues throughout lactation. During weaning, special mechanisms are activated to regress the mammary gland back to a near-resting state, similar to the pre-pregnancy ductal epithelial tree that does not synthesize milk4.

This remarkable transformation of the breast during pregnancy and lactation, although in existence for millions of years, since the first mammals, is still poorly understood. What is well established is that hormonal signals act on populations of breast cells, which in turn signal to other mammary cells. These cell-cell interactions are tightly regulated to allow for repeated occurrence during the life of a woman and are primarily restricted to pregnancy and lactation under normal conditions2, 5.

The hormonal and signaling effects result in activation of cell division in breast stem cells. These cells are rare when the breast is in a resting state but actively divide, and thus become more common, during pregnancy. After these stem cells create many daughter cells, the daughter cells start to gradually change towards functional cells that are primed to either synthesize milk or assist its secretion both shortly after a woman gives birth and throughout lactation4.

This fully functional cellular picture of the breast is only evident during lactation. However, some of the mechanisms involved in the expansion of breast tissue are similar, although not identical, to specific characteristics of breast cancer2, 3, 6. In this pathological situation, these mechanisms have been aberrantly activated, resulting in uncontrolled cell division. Because of these similarities between the lactating breast and breast cancer, we and others suggest that it is more logical to use the lactating breast, and not its resting counterpart, as a point of comparison when trying to understand breast cancer3, 5, 7.

Indeed, research has now started to utilize the physiological cascade of events occurring in the breast during lactation to model what goes wrong when tumors form. The idea is that the breast outside of the pregnancy and lactation cycle is at rest and therefore does not contain the complete cellular hierarchy that we observe in the same organ during lactation3, 5. Thus, comparisons of the resting breast with the pathological events occurring in breast cancer would not be as direct and relevant as those of the lactating breast.

But how can we ever conduct such research on the large scale required if we have to use breast tissue biopsied from lactating women? The invasiveness of the procedure would deter most women from participating. An easy and arguably superior alternative is breastmilk.

Breastmilk as a model that can teach us how cancer occurs

Breastmilk contains nutritional factors, such as lipids, carbohydrates, and proteins. It is also rich in bioactive factors that boost the infant’s immunity and direct its normal development. Among these milk components are cells. We have recently shown that the cells in mother’s milk directly reflect the epithelium of the lactating breast, are highly heterogeneous, and include the complete cellular hierarchy that initiates and maintains the expansion and milk-secretory features of the gland5, 8. This hierarchy includes the epithelial stem cells, progenitor cells (cells that are more specific than stem cells but not fully differentiated), and the functional, differentiated epithelial cells of the breast.

What is more, via isolated breastmilk epithelial cells, we can access the genetic makeup, including the gene and signaling pathways that control the normal expansion of breast epithelial cells. More recently, it has been suggested that in addition to cells themselves, RNA isolated from milk fat is also representative of the breast epithelial cells9, albeit specifically of the milk-secretory cells and not their precursors.

In our laboratory, we have pioneered characterization of the breastmilk cellular hierarchy and heterogeneity, and, having access to a rare and precious archive of human resting and lactating breast tissues, we are able to compare this cellular hierarchy in milk with that in the breast tissue the milk originated from as well as its resting counterpart. In a recent study, we used these tools in addition to biopsies from women with various breast tumours3. What was unique about this data set of breast tumours was that they all contained cells that produced milk proteins; milk could even be readily secreted from the affected breast of some of these patients. This is a phenomenon that is sometimes seen in breast malignancies, but it is still poorly understood.

Therefore, there was something common between our breastmilk cells and the breast tumours we had in hand: they both had lactating features. This provided us with the perfect opportunity to compare the normal with the abnormal to see what differed between them. In theory, that would lead us to pathways that are deregulated in cancer.

We found that a gene network controlling cell self-renewal, which is typically expressed in embryonic stem cells, is activated normally during pregnancy and lactation3, 8. At any other time during a woman’s life, only a rare subset of stem cells expresses these genes8. Intriguingly, increase in expression of these genes was seen both during pregnancy/lactation and in the tumours with lactating features, with the highest expression in the tumours3. This agrees with the fact that both the normal lactating breast and the tumours are characterized by increased cell proliferation, but in the tumours this process is out of control.

Based on these results, we reasoned that deregulation of this gene network at any time during the life of a woman can potentially lead to aberrant cell proliferation and malignant transformation and may be at the basis of some aggressive breast cancers3. This now opens the door for further use of breastmilk cells as models in breast cancer research as well as in improving our understanding of the normal biology of the breast.

Breastmilk may also be used to indicate breast cancer risk

Furthermore, breastmilk may have the potential to be used prognostically, to indicate cancer risk, and diagnostically, to detect early stages of cancer7. We still do not know the normal range of expression of the various self-renewal genes in the lactating breast. As soon as this is elucidated, we may be able to detect outliers and examine associations with breast cancer risk. In addition to self-renewal genes, other genes such as those associated with tumour suppression have been examined in breastmilk epithelial cells.

Arcaro and colleagues examine DNA methylation in the promoter regions of various genes in breastmilk cells as a tool to develop markers for breast cancer risk. DNA methylation is an epigenetic event, i.e., an event that is not controlled by the DNA but which influences the function of genes in the DNA. When the promoter of a gene is methylated in specific areas, the gene does not function. In other words, it is silenced. In breast cancer, epigenetic changes can result in the silencing of certain genes that have important functions in suppressing cell proliferation, in controlling the cell cycle, in repairing the DNA, or metabolizing toxicants. When a normal cell undergoes some of these epigenetic changes, its chances of becoming cancerous are greatly increased.

Thus, by analyzing the epigenetic profile of breastmilk cells, one could theoretically detect early pre-cancer events and potentially help determine a patient’s breast cancer risk. This can only be achieved if first the normal range of the milk epigenome associated with lactation is characterized. Arcaro and colleagues have reported increased DNA methylation in some tumor suppressor genes in breastmilk epithelial cells from healthy women with family history of breast cancer or with a previous benign biopsy, suggesting they may be at increased risk of cancer10, 11.

Next challenge: Optimization and standardization of methodology

Although research on milk as a model and indicator of breast cancer is increasing, unfortunately important methodological differences exist among studies, which may influence the findings and interpretation of results. There is therefore an urgent need to optimize and standardize the procedures of milk collection and processing to advance the use of milk as a biospecimen12.

Ideally, collection times should consider the dynamic nature of breastmilk such as the significant effects of breast fullness13, the stage of lactation, milk volume expressed, the health status of the mother-infant dyad14, all of which change the biochemical and cellular composition of the milk5. Importantly, the health statuses of the mother and infant have rarely been taken into account in studies of breastmilk composition. We now know that even a mild cold virus in the infant or a urinary infection in the mother can significantly change breastmilk composition, again in both bioactives and cells14.

Optimization of milk storage and processing, particularly for new and emerging techniques, are yet to be conducted. For example, freezing whole milk results in cell lysis (breakdown of the cell) and therefore prevents appropriate milk cell analysis5. Similar effects, albeit at a slower rate, together with activation of cellular apoptosis occur when whole milk is refrigerated for more than a few hours, also suggesting suboptimal storage conditions for cellular analyses, particularly at the molecular level.

Processing of the milk and its fractionation has been standardized in our and other laboratories over the years for various cellular and biochemical analyses and is critical to reducing variability of published results and improving interpretation of findings5, 12.

As more research is being done in this area, we faster come to the realization that gene networks and signaling pathways playing crucial roles in the normal biology of the breast are also key contributors to breast carcinogenesis. Breastmilk cell biology has a lot to offer in illuminating these interactions. In addition, its unfolding potential prognostic and diagnostic value could warrant its routine use in screening lactating women, particularly those belonging to cancer-susceptible groups or with a family history of breast cancer. Before such advances can be achieved, a great challenge we face is to distinguish between changes in milk proteome, transcriptome, and epigenome that are related to lactation and characteristics that may predict cancer risk. There is certainly a lot of work ahead.