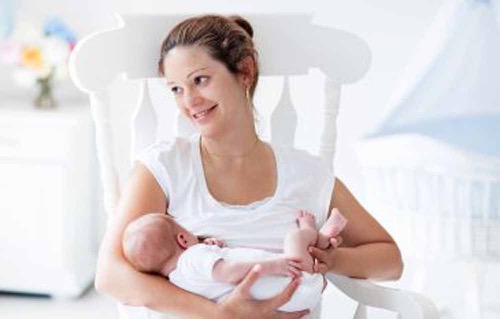 Cancer cure or prevention? An enormous amount of research and funding is channeled into finding a cure for cancer, yet less attention is paid to factors that prevent it. Certainly, there is not one magical practice to prevent cancer, as research shows that our cancer risk is influenced by many factors, one of which is breastfeeding.

Since the ‘70s, investigators have been trying to ascertain whether or not, and how, breastfeeding protects the mother against cancer, with the focus being largely on cancers of the breast and, to a lesser extent, of the ovaries. In earlier years, breastfeeding was shown to moderately protect women against breast cancer [1,2]. This is because some studies had shown significant protection, while others very small or no protection. This inconsistency was attributed to methodological discrepancies amongst studies and, also to the fact that other factors that influence our cancer risk were not always taken into consideration. These factors include age at first pregnancy, family history of cancer, how many children a woman has had, and smoking.

More recent research is showing that the secret probably lies more so with the duration of breastfeeding for each child, as well as the lifetime duration of lactation [3]. However, smaller protective effects have also been shown for women who have even breastfed for very short periods [4].

Breastfeeding of one to two years or more protects women not only against breast cancer, but also ovarian cancer [5-8] and potentially other cancers that have not yet been studied in detail [1]. And this protection increases even more when women breastfeed beyond the first two years after the birth of their child. Indeed, the World Health Organization (WHO) recommends that mothers breastfeed exclusively for the first six months, with breastfeeding to continue for two years or beyond (http://www.who.int/nutrition/topics/exclusive_breastfeeding/en/); and the evolutionary norm is considered to be even longer than this. So, not only do the numerous benefits of breastfeeding apply to both the baby and the mother, but they are also dose-dependent for both—in other words, the longer a woman breastfeeds her child, the more benefits for both.

The protective effect of prolonged breastfeeding against breast cancer in women has been shown globally amongst many ethnicities, further supporting its significance. Numerous studies in the United States, Mexico, Greece, Germany, China, Japan, Korea, and other countries have reported a consistent reduction in breast cancer risk for women who breastfeed for long periods. This protection appears to be greater for premenopausal women, but also persists for postmenopausal women even after 50 years since the first lactation [3,4,7-14].

Interestingly, the protective effects of breastfeeding appear to be stronger the longer a woman breastfeeds her first child, as well as cumulative, such that increased lifetime duration of lactation over multiple children [4,5,10] confers greater protection against cancer.

In a German study, protection of women against breast cancer appeared to be more pronounced for mothers who had full-term pregnancies, had a family history of breast cancer, or were older (>25 years old) when they first breastfed their child [5]. This is in contrast to an earlier study that reported that women <20 years of age at first lactation had greater protection [10], whilst a study of Japanese women showed no association with the age of the mother at first full pregnancy [12]. Therefore, the question of whether the age of the mother at first lactation is related to breast cancer risk remains controversial and warrants further study. Nevertheless, the increased protection of breastfeeding for those women with a family history of breast cancer remains consistent [15].

The dose-dependent protection of breastfeeding against breast cancer has also been reported for ovarian cancer; however, further studies are required to confirm this in different populations. In a Chinese study, 12 or more months of lactation significantly reduced the risk of ovarian cancer [6]. A subsequent multinational study conducted across seven countries (Australia, Chile, China, Israel, Mexico, the Philippines, and Thailand) also showed a reduction in ovarian cancer risk [17].

Although the association between the duration of breastfeeding/lactation and breast cancer risk is well established, perhaps less so for ovarian cancer, the biological explanation of this phenomenon is still unclear. Some investigators have suggested that breastfeeding facilitates removal from the breast of estrogens and/or carcinogens [18], yet no conclusive studies on these factors currently exist. More recent analyses of the changes occurring in the breast during lactation have revealed a pathway that potentially explains this protection.

Cells of the breast, isolated non-invasively from breast milk and analyzed, have shown changes in the cellular composition of the breast as lactation progresses [19,20]. These changes do not seem to influence milk supply during established lactation, yet they result in reduction of the numbers of those breast cells that may be sensitive to becoming cancerous. This suggests that the longer a woman breastfeeds/lactates, her breast contains less and less of the cells that have the potential to turn into cancer cells, potentially explaining the reduced breast cancer risk associated with prolonged breastfeeding [7,9,12,19].

Although many factors contribute to breast and ovarian cancer risk in women, evidence accumulated over many decades, and across many countries and ethnicities supports the protective long-lasting effects of breastfeeding for long periods against breast and, potentially, ovarian cancer. This is particularly important for women with a family history of breast cancer and who can practice breastfeeding not only as a means of providing nourishment to their baby, but also as a way of decreasing the risk of breast cancer. Breastfeeding is the physiological norm for the mother and the baby; therefore, it is not surprising that both reap significant benefits in the short- and long-term.