Should Breastfeeding Mothers be Paid? 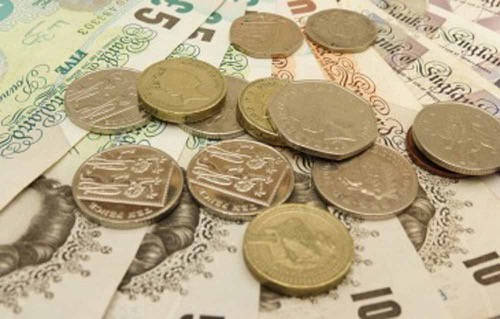 Is offering vouchers to mothers, who are statistically unlikely to breastfeed, bribery—and thus a misuse of public funds—or is it smart public health policy? Since November, this question has been debated in the north of England, prompted by a short summary of a study that appeared in medical journal The Lancet[1].

The logic behind the scheme is simple. Breast, as the saying and the evidence goes, is best. Breastfeeding lowers the odds that infants will develop various illnesses, and in some studies has been linked to benefits that run into adulthood, including higher IQ and lower chances of becoming obese. But women living in poorer neighborhoods of developed countries tend to have especially low breastfeeding rates. These women seem likely to have a strong desire for vouchers that can be spent at supermarkets. The idea is therefore to raise breastfeeding rates in these neighborhoods—giving kids born in them a better start in life—by using vouchers to reward mothers who hit breastfeeding milestones.

So far, only a small, pilot study is underway in England, although plans are afoot for a randomized, controlled trial at a later date. In the pilot, vouchers are awarded for reaching two days’ breastfeeding, 10 days, six to eight weeks, three months, and six months. To confirm that the milestones have been reached, signatures are required from both the mothers and healthcare professionals.

The pilot study has been taking place in three neighborhoods in the counties of Derbyshire and Yorkshire, where 58 of 108 eligible women have joined the scheme. Historically, breastfeeding rates have hovered in the region of 21%-29% at six to eight weeks in the areas from which the enrolled women come. That is low compared to the average of 46% for all of England[2], in 2013-2014. It is also low given the World Health Organization’s advice to breastfeed exclusively for the first six months of an infant’s life[3].

Crucially, 21-29% also looks low next to the 34% of the 108 eligible women who claimed vouchers corresponding to having breastfed for six to eight weeks. This implies—because some women not enrolled probably hit this milestone, too—that the actual breastfeeding rate at this stage is even higher. (Another way to think of this statistic is that 64% of those who enrolled managed to breastfeed for six to eight weeks.) To be sure, the sample size of the pilot study is small and the data are still coming in, but the initial signs show that the strategy works.

Could this work elsewhere? If so, how is it likely to be received? It has already been tested in Quebec, Canada, where mothers were paid $55 Canadian for each month of breastfeeding.

In the UK, as in Canada, health costs are pooled across the whole country, with all citizens able to receive medical care that is free at the point of use via a national health system. By improving infant’s health through increased breastfeeding, this scheme potentially reduces the wider financial burdens on the healthcare system. As a result, payment for breastfeeding is likely easier to justify to British and Canadian taxpayers than to those of many other countries, such as the US. Not that everyone in England thinks it is a good idea. One fairly well known writer went so far as to call the scheme “patronizing” and “naïve”, claiming,“no woman in history has ever successfully breastfed without being convinced in her heart that it was right for her and her child”[4]—clearly forgetting the entire history of wet-nursing.

Yet the Centers for Disease Control’s data suggest that this sort of program could have important health benefits in the United States as well. Breastfeeding rates in less well-off states are very low: the CDC’s PRAMS surveys[5], reveal that women in Mississippi are less than half as likely to still be breastfeeding four weeks after giving birth as are women in wealthier states like Washington, Colorado, Oregon, and Utah.

The disparity is the same in many countries. There tends to be pressure on poorer new mothers to go back to work sooner than if they had a bit more in the bank, or to take informal work where the basic legal minimums of employment law are not upheld. In short, it is typically harder for them to breastfeed for many weeks compared to richer women. Voucher schemes for breastfeeding should not be evaluated by what people choose to buy with their vouchers, as some wealthy commentators may be tempted to focus on. Instead, what matters is whether they deliver public health gains for kids in relatively deprived areas at little cost.