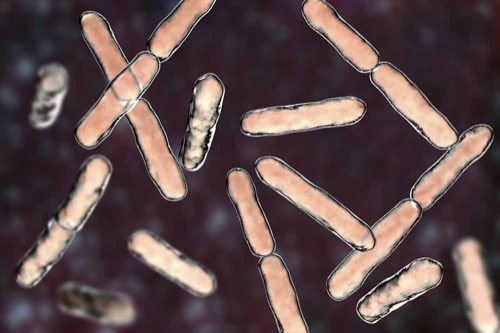 Bacterial resistance to antibiotics poses a major challenge to global public health [1,2]. Babies lack a fully developed immune system and gut microbiome, and are particularly susceptible to infections by resistant bacteria [3–5]. More than 200,000 infants are estimated to die every year due to septic infections caused by antibiotic-resistant pathogens [4].

“The biggest challenge was obtaining enough DNA sequence information from breastmilk to be able to study the antibiotic resistance genes,” says Pärnänen. “This is because breastmilk has a lot of human DNA in it, and when the DNA is sequenced more than 90% of the sequence information is human,” she says. Using the latest DNA sequencing technologies, the researchers were able to sequence sufficient DNA from the milk and gut microbiota to perform their analyses.

“We could observe that mothers transmit some of the antibiotic-resistant bacteria found in their gut to their infants, so past use of antibiotics of the mother might have an impact on which resistant bacteria end up in the infant gut,” says Pärnänen.

“This is likely because breastmilk promotes the growth of beneficial probiotic bacteria like bifidobacteria, which take over so that bacteria that often carry antibiotic resistance genes cannot grow efficiently,” says Pärnänen. “It is known that bacteria like Escherichia coli are more abundant in infants who are fed formula compared to breastfed infants, and E. coli is often associated with antibiotic resistance and many strains are also pathogenic,” she says. Indeed, a recent study by a different research group showed that high levels of Bifidobacterium in the infant gut microbiome are associated with significantly reduced levels of antimicrobial resistance in early life [16].

“We saw that intrapartum antibiotic prophylaxis treatment given to mothers increased the abundance of antibiotic resistance genes in the infant gut even six months after treatment,” says Pärnänen.

The researchers hypothesized that antibiotics administered during delivery to the mother might eliminate all bacteria except those resistant to the drug, and the mother was likely to pass these resistant bacteria on to her child where they had a head start in establishing the infant gut microbiome.

The study also adds to the known health benefits of exclusive breastfeeding for at least six months [17]. “We suggest that breastfeeding should be promoted not only for its other health benefits, but also for the reason that it has the potential to reduce the abundance of antibiotic-resistant bacteria in the infant gut,” says Pärnänen.