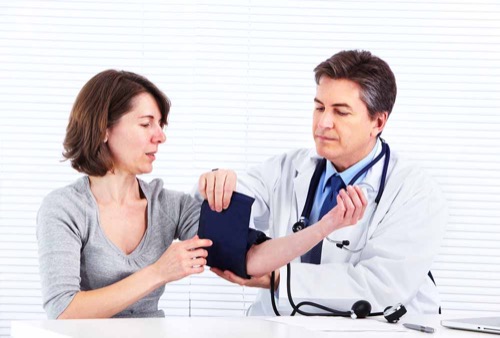 How does breastfeeding alter the odds of developing cardiac diseases later in life? Recently, a small spurt of papers has filled in some important details on this matter. Together, they find that breastfeeding generally promotes a healthy heart. However, if human biology imitates mouse biology, the situation may be more complex for a small minority of women who develop a condition called preeclampsia during pregnancy. For them, it may be that breastfeeding compounds the problem—particularly if they begin and then abruptly stop nursing.

Groer et al. (1) provide strong evidence that breastfeeding broadly promotes cardiac health. Many epidemiological studies on this topic use women with or without heart problems as their starting point, then retrospectively ask about the subject’s breastfeeding habits decades earlier. Groer et al. (1), however, used a prospective design. The researchers set about measuring the blood pressure and heart function of women who breastfed continuously for five months, and of women who instead, fed their infants on formula. The resultant pattern was as expected: even when the influence of body mass index was statistically removed- as well as all sorts of other things like income, smoking, and stress levels-  women who breastfed had lower blood pressure during the five month period after giving birth.

Poole and colleagues (2), at the University of North Carolina School of Medicine, worked with mice to get a better handle on the known association between breastfeeding and being less likely to develop hypertension down the line. The confounding factors that make this link hard to detect in humans are numerous. Smokers, for example, are both less likely to breastfeed and more likely to experience these exact health problems for other reasons. Obese women are more likely to struggle with high blood pressure and metabolic troubles than women with healthy body mass, and at the same time they also tend to have more difficulties breastfeeding for a sustained period.

To specifically study the effect of terminating breastfeeding early on the odds of these diseases, the team would not have been allowed to work with people. So they randomly assigned female mice to groups with different defined lactation periods. They monitored the animals’ body fat, blood pressure, and heart function, showing that interrupting lactation increased the mice’s visceral and subcutaneous fat, as well as adversely affected heart function. The hearts of the mice that did not lactate at all seemed to hold up well, but these mice, nonetheless, developed high blood pressure compared with the uninterrupted lactators.

Our understanding of blood pressure’s link to breastfeeding also received a recent boost by a team (3) in Japan. This group studied mice that express human versions of a few key proteins, in particular, one called angiotensinogen. This protein is broken down in the liver to form a hormone—angiotensin—that hikes up blood pressure when it is released. The team wanted to understand what is going on inside the bodies of women with preeclampsia, a condition that occurs in about 2-8% of pregnant women. Its symptoms are high blood pressure and proteins appearing in the urine at about the 20th week of pregnancy.

By studying the hearts of mice that lactated and mice that did not (after giving birth), the Japanese team found lactation to play an important role in the onset of problems associated with heart muscle contraction in preeclamptic mice. This was shown using electrocardiograms administered before and during pregnancy, and in the period after the mice had given birth. The molecular underpinnings of these changes are as yet unknown. However, when the answers are revealed, the group’s use of human versions of key proteins are more likely to reflect what is happening to the levels of similar molecules in the bodies of pregnant women with preeclampsia.

Do these papers construct a convincing, self-interested argument for choosing to breastfeed, more directly, that is, than merely accommodating the developmental needs of one’s infant? Absolutely, for the most part. But they also hint that this is not the case for every woman. It would serve the public interest to understand more about what this means. That would require two of the three findings described above—specifically, those that were performed in mice—to be investigated in humans. Only then should it be considered long-term health advice.