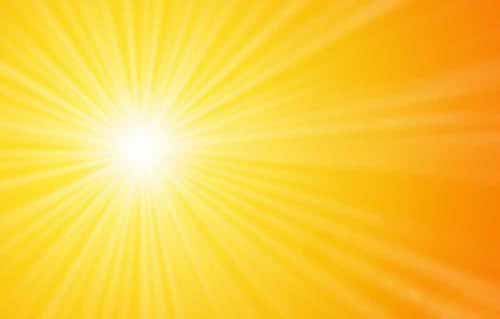 Breastfed babies get all the nourishment they need from their mother’s milk—right? Almost. One nutrient they don’t get enough of from breast milk is vitamin D, a hormone essential for babies’ growth and health. Instead, infants rely on vitamin D transferred from their mother via the placenta during early pregnancy; vitamin D produced in the baby’s skin after sun exposure; or vitamin D supplied via infant formula. Recently, it’s become clear that vitamin D deficiency in pregnant women is widespread in many parts of the world (1). This means that many babies who are exclusively breastfed and also kept out of the sun— as recommended by health authorities—are lacking in vitamin D. To tackle this global health problem, a new study (2) calls for greater attention to the vitamin D levels in pregnant mothers and newborns.

Vitamin D is essential for the body’s ability to maintain adequate levels of calcium in the blood and various tissues. Calcium, in turn, enables cells to communicate with each other, helps muscles contract, and gives strength to bones. Lack of vitamin D is therefore detrimental to health, especially bone health.

Only a few foods—including fatty fish, fortified dairy products, and egg yolk—contain vitamin D. For most people, a major source of this vital substance is sunlight, which stimulates our skin to produce vitamin D. But even in many countries that have plenty of sunshine, there is growing concern that vitamin D deficiency is a common and likely underdiagnosed health problem. The reported prevalence ranges from some 30% in the USA to upwards of 70% in some countries, including India and the United Arab Emirates. Severe cases can lead to rickets— a childhood disease in which bones soften and become prone to fractures and deformity—and this condition may represent the tip of the iceberg.

While moderate to severe vitamin D deficiency appears common among sun-deprived and unsupplemented pregnant mothers and breastfed infants, an accurate depiction of the global prevalence is lacking because there is no standardized way to analyze and compare the data. To get a clearer picture, researchers in North America, Latin America, and China recently joined forces to examine vitamin D in breastfeeding mothers and babies in these three parts of the world (2). A unique aspect of their research was its use of a standardized study design across different international sites— in Cincinnati, Mexico City, and Shanghai. Furthermore, the study participants’ blood levels of vitamin D were all measured using the same protocol in the same laboratory in Cincinnati.

The study examined about 120 pairs of mothers and babies at each location. Nurses visited the families at set intervals between four and 108 weeks after each birth, recording information about their vitamin D supplementation and sun exposure. Blood samples from all the mothers and around a third of the babies were also collected at certain time points.

The higher amount of vitamin D in the Cincinnati mothers was clearly linked to their much higher sun index—calculated from the body surface area exposed to sunlight and the weekly hours of exposure—and vitamin D supplementation compared with the Shanghai and Mexican mothers. The very limited sun exposure of the latter was likely related to cultural practices in Shanghai and Mexico, where new mothers are restricted from outdoor activities while being cared for by family members.

As for the babies, the results were somewhat different. The proportion of infants lacking in vitamin D was lowest in Shanghai—not Cincinnati, as it was for the mothers. At 26 weeks of age, 62% of the Mexican, 28% of the Cincinnati, and 6% of the Shanghai infants were vitamin D deficient. Notably, the Shanghai babies’ sun index during the fall/winter season was about twice as high as that of the other babies. This probably contributed to their higher levels of vitamin D. Besides, most breastfeeding infants in Shanghai would be likely to receive vitamin D supplements because it’s encouraged by health authorities, although the information about vitamin D supplementation among the surveyed infants was incomplete.

Unsurprisingly, the study showed that a higher sun index and formula feeding, which increased the babies’ vitamin D intake, were predictors of higher amounts of vitamin D in infants.

The study had a number of limitations, including limited blood sampling and time points, lack of comparison across seasons, and no evaluation of the role of skin pigmentation. But in taking the first steps toward objectively mapping the prevalence and risk factors for vitamin D deficiency in different populations, it calls greater attention to what appears to be a significant global problem—especially for pregnant women, breastfeeding mothers, and infants.

Healthcare providers and caregivers need to pay close attention to this problem and promote vitamin D supplementation where necessary. This is particularly important in view of the current trend to increase the prevalence and duration of exclusive breastfeeding, which does not provide babies with enough vitamin D. Additionally, careful attention to sun exposure is equally crucial because, while sun exposure clearly boosts an individual’s vitamin D status, it can also increase the risk of skin cancer, especially in the very young.

Another question that needs to be sorted out through future comprehensive clinical studies is what constitutes optimal vitamin D status and supplementation during pregnancy—a topic that remains controversial(1).

So, while the near 100-year old practice of fortifying commercial cow’s milk with vitamin D has had a profound impact on human nutrition, many children and adults are still not getting enough of this essential nutrient. Clearly, the last word is yet to be had on vitamin D.