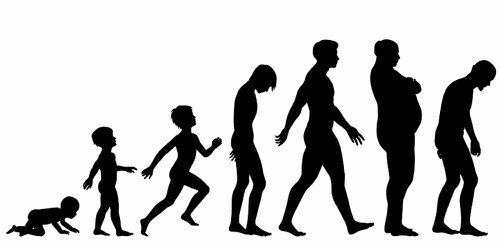 Many pediatrics studies have shown that inflammatory bowel disease is more common in infants who are not breast fed than in those who are. But explaining why this is the case has been hard. Recently, Charlotte Kaetzel and her colleagues at the University of Kentucky, Lexington, went further in demonstrating a mechanistic link than any group has done before. They report1 that an antibody (SIgA) transmitted in breast milk from mom to babe alters the expression of genes in infants’ gut epithelial cells. Not only are these genes associated with the development of irritable bowel syndrome, but the changes appear to last into adulthood.

The team conducted these experiments in mice, though the genes in question are very similar to those in humans. They started comparing the kinds of gut bacteria found in mice whose moms made breast milk containing the antibody, SIgA, with mice whose moms were mutants. These mutant moms made breast milk lacking the antibody. Unlike those that consumed SIgA, the mice without SIgA in their diets had draining lymph nodes stuffed with bacteria, including one disease-causing species called Ochrobactrum anthropi, which is often found in immunocompromised individuals.

A broader sweep of the kinds of gut bacteria of the two groups of mice drew many parallels to human patients suffering from inflammatory bowel disease (IBD). For example, just like infants with IBD, the mice without SIgA in their diets had many more bacteria from the families Pasteurellaceae and Lachnospiraceae than is the norm. Similarly, the relatively large numbers of bacteria from the phylum Proteobacteria in the guts of these mice are also typical of adults with IBD.

That a link between the gut bacteria promoted by not consuming SIgA as an infant and the gut bacteria of adult IBD patients could be found at all was suggestive that drinking breast milk during the first few months of life can cause lifelong changes to the gut. Kaetzel and her team probed this further by investigating gene expression in gut epithelial cells.

And this is where the research got really interesting. In all, the team noted 69 genes whose expression was altered in the infant mice that drank breast milk lacking the antibody. Some of these genes are involved in DNA copying and repair, as well as other processes necessary for growing gut tissue rapidly. And some were the very same genes for which the human equivalents have been pinpointed as being associated with an elevated risk of developing IBD.

Another experiment backed up the finding that breast milk regulates genes that have a helping hand in growing gut tissue rapidly. When Kaetzel and her team had mice consume a chemical known to induce damage to the gut epithelium, they found that subsequently feeding these mice SIgA went some way to repairing the problem. Presumably, this was because the SIgA turned on genes in healthy gutepithelial cells, which prompted these cells to divide more rapidly, replacing damaged tissue.

These results clearly make the case for testing  novel infant formulas with purified SIgA added to the mix. Kaetzel and her coauthors go further, however, by proposing SIgA as a medicine for intestinal infections and inflammation in adults as well. That is an interesting idea. Either way, this work adds more weight to the broad recommendation that breast is best: it simply gives health professionals another reason as to why.