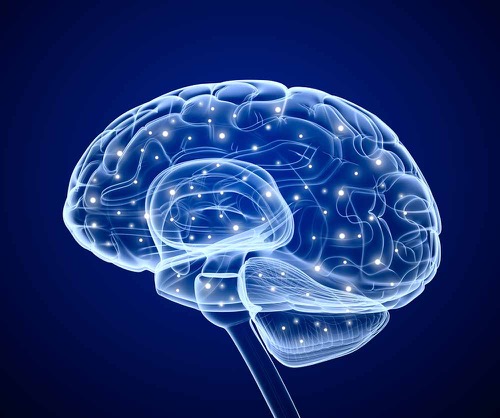 The combination of fat and sugar may be off limits for South Beach dieters, but a fat-sugar molecule could be just what human infants need to help their brains develop and to fight off pathogens. These molecules, called gangliosides, have been identified in human, bovine, and other mammalian milks. Although it has long been known that milk gangliosides are involved in infant immunity and neural development, researchers are only now beginning to elucidate the specific, and critical, roles they play in each process. And what scientists have uncovered just might make even the most careful dieter think twice about fat and sugar.

Gangliosides are glycolipids (molecules with a carbohydrate attached to a lipid) and get their name from the ganglion or nerve cells where they were first discovered. In addition to brain tissue, gangliosides have been identified in other animal tissues, such as smooth and skeletal muscle, lymphocytes, plasma, the placenta, mammary glands, and milk (McJarrow et al., 2009).

What sets gangliosides apart from other glycolipids is their unique structure. First, the lipid component is a group of fatty acids linked to a specific amino alcohol called a sphingosine. Also called sphingolipids, these types of fats are important structural components of brain tissue. Second, the carbohydrate of a ganglioside is an oligosaccharide. Human milk oligosaccharides manage to avoid digestion by stomach acids, allowing them to bind to pathogens in the digestive tract and prevent infection. In turn, 80% of milk gangliosides survive passage through the stomach and are instead absorbed in the intestines (Rueda, 2007). Finally, the carbohydrate is linked to one or more sialic acids.  Sialic acids have been referred to as “brain food” and are an essential nutrient for fetal and neonatal brain growth (Ryan et al., 2013; Wang, 2009).

Gangliosides are considered the most complex of the glycolipids because there are so many varieties or “species” (McJarrow et al., 2009). Species names all start with “G” (for ganglioside), followed by a letter representing the number of sialic acids (M for mono, or 1; D for di, or 2, T for tri, or 3, etc.), and finally the number of non-sialic acid sugars. For example, GD3 is a ganglioside with 2 sialic acids and 3 non-sialic acid sugars. Variation in the number and types of carbohydrates may equate to high diversity in ganglioside function. Thus, when discussing gangliosides in milk, it isn’t just about how much of them are there but which species are present as well.

Perhaps the best example to illustrate the importance of variation in ganglioside structure is their role in preventing infection. Quite simply, gangliosides are decoys for pathogens. Pathogens that enter the infant’s stomach are looking to bind to receptors. Like a key in a lock, each pathogen has a particular receptor to which they are able to attach. Like any good decoy, gangliosides look the part. In fact, their carbohydrate chains are so structurally similar to those on pathogen receptors, pathogens bind to them thinking they’ve found their target (Rueda, 2007). Importantly, if the pathogen is bound to a ganglioside, it is no longer a threat to the infant.

Having only one type of ganglioside would mean having just one lock. But human infants are vulnerable to numerous pathogens, a veritable janitor’s key ring. Variation in ganglioside structure provides locks for all of these keys. For example, cholera toxin and E. coli bind to different configurations of the ganglioside GM1 while GT1 binds the botulism neurotoxin (Iwamori et al., 2008; Rueda, 2007).

Acting as a doppelganger for pathogen receptors allows gangliosides to prevent infection by becoming unintended receptors, but they also take on a more active role in infant immunity. Supplementation studies in mice (reviewed in Rueda, 2007) demonstrate that milk gangliosides increase the number of immune cells in the infant’s intestine that secrete immunoglobulin A (IgA), the primary antibody directed against enteric pathogens. Supplemented mice also show increased production of cytokines, chemical messengers involved in stimulating both humoral (antibiotic) and cellular (T cell) immune activity. Finally, fecal samples from human preterm infants supplemented with gangliosides have lower E. coli counts and higher Bifidobacteria counts than controls, suggesting gangliosides even have a prebiotic function (Rueda, 2007). Taken together, these studies demonstrate that dietary gangliosides are key molecules in preventing infection in infants from enteric pathogens.

This is your brain on gangliosides

Getting their name from brain ganglion cells, it is no surprise that gangliosides are implicated in fetal and infant brain development. Although their precise functions in the brain are still poorly understood, they are believed to be key players in myelination, nerve cell communication, memory formation, and cognitive performance (McJarrow et al., 2009; Ryan et al., 2013).

After passing intact through the infant’s stomach, milk-derived gangliosides still have much work to do. In fact, their most important tasks may still be to come. Once they are absorbed by the intestine, they are transferred to different cell membranes throughout the body, with an emphasis on neural cells (McJarrow et al., 2009).

More isn’t always better, but in the case of brain gangliosides, it most certainly is. Studies in rats find decreased learning ability with lower brain ganglioside levels, attributed to decreased formation of neural synapses and other key differences in neurodevelopment (McJarrow et al., 2009). And in the only supplementation study conducted to date in human infants, Gurnida et al. (2012) demonstrate higher performance scores on various cognitive tasks in six-month-olds that received ganglioside-supplemented formula.

Gangliosides: A formula for success?

Gangliosides have a pretty impressive resume. Indeed, if out on an interview, the hiring committee would be hard pressed to come up with a weakness in gangliosides. So it would seem the next logical step should be to ensure all infants, both breast and formula fed, get more of them in their diet. But how much? And how do we increase milk ganglioside concentration?

Presently there have only been a handful of studies that have investigated the effects of ganglioside supplementation in human infants, and maternal supplementation experiments have been limited to animal models. In all studies, subjects were supplemented with bovine-derived gangliosides. Although lower in total ganglioside concentration than human milk, bovine milk does have GD3 and GM3 (Lee et al., 2013), the predominant gangliosides in human milk.

Larger studies are required to establish the safety and efficacy of ganglioside supplementation and to determine what concentrations may be considered optimal. Gurnida et al. (2012) and Ryan et al. (2013) both suggest using levels in human milk as a model for formula supplementation. While a reasonable suggestion, it ignores what could be very important variation in ganglioside concentration and composition across and within human populations. As research on milk ganglioside function moves forward, it is imperative to establish the magnitude and potential sources of variation in milk gangliosides across human populations.