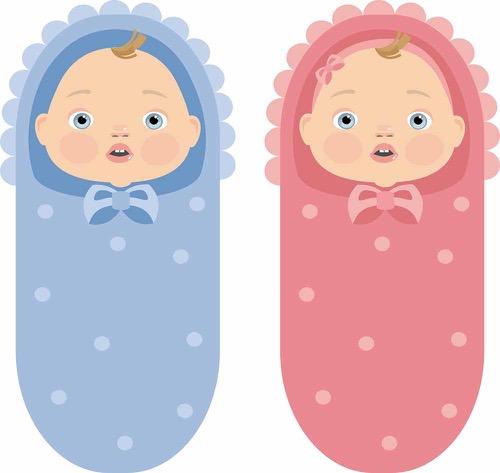 In most sexually reproducing species, one parent ends up doing a majority of the reproductive heavy lifting. And in mammals, it’s the ladies. The time and energy costs of pregnancy and lactation are substantial, much more so than the production of sperm. For mammalian young to survive, there are no real short-cuts, so females have made a substantial commitment from conception until the young are independent. And for each conception, most (but not all) mammalian females are investing in the offspring of a single male. In contrast, following copulation, a male’s work is largely done. A single male can impregnate many females in a short period of time, becoming very reproductively successful. Prime examples of such mammals are elephant seals, elk, baboons, gorillas, and Genghis Khan. But being the dominant male with a harem of ladies is not for the faint of heart. It requires being big, being strong, and/or being intimidating. Basically, the male needs to be an all-around badass. And for every badass, there are a whole bunch of ninnies, wusses, and pansies that never sire any offspring.

What does this mean for milk? Well, natural selection favors adaptations that increase “fitness” – a term that refers to the number of copies of one’s genes passed on to the next generation. And the biggest contributor to fitness is the number of offspring one produces that then survive to reproduce. As a mammalian mother, a daughter is a fairly safe bet; daughters who survive to adulthood are very likely to produce young. In comparison, a son has a greater potential return in number of grand-offspring than does a daughter. But sons are a riskier bet because they have a higher probability of being a zero than a hero. So mammalian mothers hedge their bets and produce both sons and daughters. But in many mammalian species, male infants are born bigger and grow bigger during infancy. Researchers have hypothesized that biases in milk synthesis may contribute to the differences in post-natal growth trajectories between sons and daughters…and data are starting to support, in part, these hypotheses. Even though humans aren’t characterized by the uni-male, multi-female, (polygynous) social organization of red deer or hamadryas baboons, signatures of a polygynous mammalian heritage may still be lurking in our milk.

The first evidence for sex-biased milk was the report of a 5-year study in captive red deer of 91 calves and 60 deer moms (19 deer moms were sampled two seasons, 6 sampled 3 seasons). Landete-Castillejos and colleagues (2005) found that deer moms produced higher milk yield and higher protein concentration (and therefore, higher protein yield) for sons compared to the milk produced for daughters. The mean concentration of fat and lactose was the same for sons and daughters, but because deer moms produced greater volumes for sons, the total fat yield and total lactose yield for sons was greater. However, milk yield and total yield of milk fat, lactose, and protein were positively correlated with birth mass and the latter three correlated with calf growth. This suggests that milk energy transfer is a function of mass and growth rather than specifically sex.

The most suggestive clue of a true sex-bias is the significantly higher protein concentration for sons because it is so critical for gaining lean tissue mass. The higher total fat and sugar yield for sons was a byproduct of greater total yield for the bigger male calves, but the significantly higher concentration of protein for sons reveals that mothers are making different milk for sons, not just more milk.

In a follow up study of 46 mom-calf pairs, the same research team reported that mean concentrations of calcium and phosphorus were higher for daughters, but magnesium concentration was higher for sons (Gallego et al., 2009). It should be noted, though, that differences between milk for sons and daughters, although statistically significant, were miniscule and the biological effect in calves is unknown. Taken together, these red deer studies demonstrate there can be differences in milk synthesized for sons and daughters.

Two meta-analyses of wild-living seals and sea lions have addressed sex-biased milk production. Lunn and Arnould (1997) aggregated data from multiple field seasons and found no evidence that seal mothers favored sons or daughters in nursing behavior, foraging effort, or milk energy transfer (as measured through the gold standard of hydrogen isotope dilution). Although male pups weighed more than female pups, their growth trajectories were seemingly parallel. The greatest divergence in growth trajectories occurred after weaning, during juvenility, suggesting that maternal investment during early development was not a major contributor to differences in body size between males and females.

Ono and Boness (1996) also aggregated data from multiple field seasons and found something slightly more exciting in sea lions- milk energy transfer was greater for sons, but only because they were bigger than daughters. The authors concluded that milk production in sea lion mothers was a function of pup mass, not pup sex. Since males were bigger at birth, the mammary gland synthesized milk to sustain that pup mass and growth trajectory. Most interestingly, though, growth in male pups was seemingly enhanced because they had a lower resting metabolic rate than female pups. Whereas female pups burned more energy on body maintenance, male pups got “bonus” energy for growth from their lower resting metabolic rate.

Because both studies used isotopic methods for inferring caloric transfer via milk, we know little about the composition or volume of milk being produced by mothers of sons vs. mothers of daughters. However, the sea lion study demonstrates that mammalian young are not passive recipients of mother’s milk. Physiological processes within the young may differ between the sexes influencing the utilization of ingested milk.

Sex-biased milk synthesis has been documented in captive rhesus monkeys. At the California National Primate Research Center, mothers in the outdoor breeding colony synthesize different milk for sons and daughters. In the interest of full disclosure, the results reported from rhesus macaques come from my own research program, so two things are obvious: 1) I likely have unconscious biases and 2) it’s the most magnificent research ever.

In rhesus monkeys, the milk produced for sons was significantly higher in percent fat. This effect was primarily due to first-time mothers (known as primiparous). Experienced mothers, known as multiparous mothers, showed much smaller sex-biases. Primiparous macaque mothers that produced a son had milk that was 7.7% fat, whereas mulitparous mothers rearing sons produced milk that was 6.5% fat. In contrast, primiparous and multiparous mothers rearing daughters produced 5.3% and 6.2% milk fat, respectively. Primiparous mothers of sons also had significantly higher protein concentration in milk (2.5% vs. ~2.1% in all other groups) (Hinde, 2007).

Why would primiparous mothers differ from multiparous mothers? Primiparous macaque mothers initiate reproduction while they are still growing, so they are simultaneously paying the energetic costs of growth and reproduction. Additionally, because they are not yet full size, they have fewer fat stores on their body to mobilize for lactation. Lastly, infants must attain a threshold size to survive, so first-born infants are proportionally bigger relative to the mother’s size (Hinde, 2007, 2009). This means primiparous mothers have higher operating costs and fewer resources to rear a relatively bigger baby. No easy feat.

Natural selection favors adaptations that maximize lifetime reproductive success, known in evolutionary biology as “life-history theory.” Over-investing at the outset of the reproductive career is unlikely to be favored by natural selection. Investing too much on the first reproductive effort can potentially stunt growth, lengthen the inter-birth interval, and reduce survival. All these things are likely to generate a frowny face from natural selection. One solution for primiparous mothers is to cut corners with daughters, because it shouldn’t be too costly in terms of the number of grand-offspring she’ll produce. And that’s what I found, reduced milk energy content, and first-born daughters were quite small.

Sex-biased milk is not just found in other species- humans produce sex biased milk, too! Two preliminary studies indicate there are sex biases in milk synthesis in human mothers. In 2010, Powe et al. reported that among 25 Boston-area women, mothers of sons produced ~25% higher energy density in milk than mothers of daughters. More recently, Fujita and colleagues (2012) revealed sex-biases in the milk fat concentration among 72 women in rural Kenya. On average, mothers of sons produced significantly higher fat concentrations in milk. However, there was an interaction between infant sex and maternal socioeconomic status. Relatively wealthier women- women whose household owned more land and more dairy animals (such as camels, cattle, goats, and sheep)- produced milk with higher fat concentrations for sons. But relatively poorer women produced higher fat concentrations for daughters. Interesting, higher socioeconomic status was associated with lower mean fat concentrations in milk, possibly because such mothers were producing more milk, however to date no studies have investigated sex-biased milk volume in humans.

All of the above examples come from studies that typically produce a single young at a time. But in species that produce litters, could there still be sex-biases in milk? In 2009, Koskela and colleagues created all female or all male litters of the same size in bank voles by cross-fostering newborn pups among moms. They found that bank voles rearing litters of all female pups produced significantly more milk than voles rearing all male litters. As a result of more milk, female pups grew more. Unlike the non-human mammals described above in which being bigger is important for male reproductive success, in bank voles being bigger is very important for females. Indeed, adult females are the same size as males-or bigger. The results of this artificial manipulation are quite tantalizing. Importantly, because this was a cross-fostering study, it lets us know that the moms were responding to pup signals after birth! The next question is, what happens in “natural” litters? If you are a female pup born into a mostly male litter, will you get less milk and grow worse than expected? If you are a male pup born into a mostly female litter, will you get more milk and grow better than expected?

The important take home message is that in the deer, voles, monkeys, and humans, the “recipe” for boy milk and girl milk is different. Other parameters, such as infant mass and maternal mass, parity, and access to resources, can also play mediating roles. However, to date, relatively little research effort has been dedicated to investigating sex-biased milk synthesis. Perhaps because the topic sounds dangerously close to “milk is sexist.” Understanding how milk varies among mothers, especially in relation to infant characteristics, is critically important for human health. These complexities can be translated into optimal selection of donor milk for at-risk NICU babies and in the modification of commercial infant formulas. Moreover, many, many questions remain. For example, to what extent are other constituents, such as hormones, similar or different in milk produced for sons vs. daughters? How do sons and daughters differentially utilize milk from the mother? What are the signals and mechanisms through which the mammary gland “knows” it’s synthesizing milk for a son or a daughter? Clearly this is not an exhaustive list of the potential questions lactation science can tackle, among the many others, but it does highlight exciting potential directions for research in nutrition, evolutionary biology, anthropology, and animal science.