Boning Up on Dairy and Skeletal Health 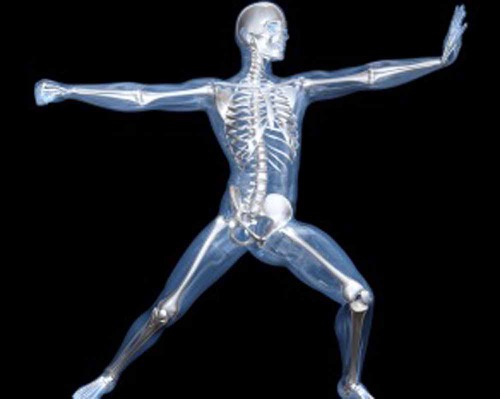 For its weight, bone is the strongest material in nature. Developing and maintaining strong bones is heavily influenced by your genetic makeup, but nutritional and other environmental factors can make or break your chances of reaching your genetic potential. The role of calcium in supporting bone growth and preventing bone loss is well known (1), but overall, bone health depends on more than just calcium. A new paper (2) reviews more than two decades of research on the relationship between consumption of dairy foods, such as milk, cheese, and yogurt, and markers of bone health. Because dairy provides calcium along with other micronutrients, macronutrients, and bioactive factors involved in bone metabolism, it has been demonstrated to be an important dietary source for improving bone health throughout the lifespan.

While it may be as strong as steel, bone is a living tissue that is constantly being built up and replaced over time. In infants, children, and young adults, the formation of new bone exceeds the amount of bone that is lost, or resorbed. Sometime between the ages of 30-35, we reach our peak bone mass (the most bone we will ever have in our lifetime). After this point, the rate of resorption exceeds the rate in which new bone is being made (1, 2).

Although we think of bone loss as a pathology associated with conditions such as osteoporosis, it is actually a natural part of aging. As such, reaching the highest possible peak bone mass is critical for maintaining strong bones in later life. Indeed, measures of peak bone mass can be used to assess future fracture risk and the development of osteoporosis (1 – 3).

So how do you reach the highest peak and reduce bone loss? Genes have a lot to say about bone mass and bone loss throughout your lifetime (1,2), but as the vast literature on dietary supplementation to improve bone health can attest, the influence and importance of nutritional factors should not be downplayed. After all, bone is built from collagen, a protein, and hydroxyapatite, a mineral compound made from calcium and phosphorus. Our bodies cannot manufacture calcium or phosphorus, so these bone-building minerals must be provided by the diet. It is not surprising, then, that insufficient dietary calcium has been associated with both lower bone mass in children and adolescents and increased rate of bone loss in older adults (1,2,4).

Calcium may be the superstar of bone health research, but its supporting characters – including protein, phosphorus, and vitamin D – may deserve a little more of the limelight. Like insufficient calcium intake, diets low in these nutrients can influence the genetic potential for reaching peak bone mass (2). Dairy is often promoted for bone health because of its high calcium content, but Rizzoli’s review paper (2) highlights the benefits to bone health provided by dairy’s full cast of characters.

Dairy foods are a good source of protein, which many believe to be as essential as calcium to osteoporosis prevention (2, 5). High protein diets are associated with an increase in bone mineral density, while diets with insufficient protein have been associated with loss of bone mass and decreased bone strength (2, 5). Further, dietary protein has been shown to increase blood levels of hormones, such as insulin-like growth factor 1 (IGF-1). This hormone, as its name suggests, plays a role in bone growth in children and adolescents, but also has been shown to play a role in adding bone mineral in adults (5,6).

In addition, dairy foods contain nutrients that can increase the amount of calcium the body can absorb. One we are probably all familiar with is vitamin D, a steroid hormone responsible for enhancing intestinal absorption of calcium. But even in dairy foods not fortified with vitamin D, calcium absorption can be increased by the milk sugar lactose (7). Differences in study results between dairy and calcium supplementation (2) may reflect the action of these additional nutrients.

The data on dairy

Almost all of the studies that Rizzoli highlights in his review (2) involve children and adolescents, as the evidence for the influence of dairy foods on reducing (or preventing) fracture in adults is less established than that for increasing bone mass. However, intervention or supplementation studies during growth represent an opportunity to influence both longitudinal bone growth (adult stature) and peak bone mass, the latter of which can influence bone mass later in life.

What most of the studies reviewed by Rizzoli indicate is that you don’t need to consume large quantities of dairy in order to reap the benefits for bone health. In the Chinese school milk intervention study, girls were given 330 ml, or about 1.5 cups, of fortified milk per day. To obtain 1000 mg of calcium, provided by cheese (or calcium tablets) in the previously highlighted intervention study, is in line with current recommended daily intakes (RDI) for calcium (these vary depending on age and sex, but in U.S. they are between 700-1300 mg/day). This amount of calcium could be met through consumption of 3 – 4 servings of dairy per day, which simultaneously provides the RDI of other nutrients that have demonstrated positive effects on bone health, such as phosphorus and protein.