Biochemical Evidence that Breastfeeding Reduces the Odds of Diabetes 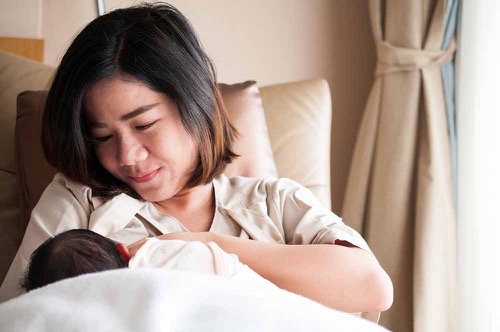 What percentage of people with diabetes have yet to be diagnosed? In one advanced democracy with a good public health system—the United Kingdom—the figure is thought to be about 20% [1]. Common sense suggests that in countries where healthcare is not free at the point of use, this percentage is probably higher. Because so many people who have diabetes do not know it, studies of diabetes that rely on self-reported cases always come with a sliver of doubt. This is why some newly published research by Erica P. Gunderson of Kaiser Permanente, and her colleagues, is important. It is the first long-term study—using biochemical diagnosis—to show that breastfeeding reduces the odds of a woman developing diabetes.

The new research is published in JAMA Internal Medicine [2]. It followed its 1238 female participants for a full 30 years, which was a much more thorough attempt to understand lifetime diabetes risk than previous studies that considered the role of breastfeeding duration. The researchers also had lots of different kinds of information to tease apart causal relationships. They knew, for example, about the participants’ weight over time, and other demographic risk factors, and whether the women developed gestational diabetes during each of their pregnancies.

Crucially, right at the start of the study period, in 1985, the participants had their fasting blood glucose measured. This was again measured six more times over the subsequent 30 years—alongside, in later years, other biochemical measures of diabetes, such as oral glucose tolerance and glycated hemoglobin.

Fasting blood glucose levels indicate how much sugar the body leaves hanging around in the blood instead of taking up into cells—which, in the case of type 2 diabetes, occurs because cells no longer respond to the presence of insulin. This measure is taken after a night’s sleep that is uninterrupted by midnight feasts, and (like the oral glucose tolerance test) indicates how the body handles glucose in the relatively short run. In this 30-year study, it was complimented with a glycated haemoglobin measure because the latter indicates average blood sugar levels during the past two to three months. All of the diabetes measurement methods give graded results. That is, they could diagnose prediabetes, as well as varying severity of the full disease. For this reason, the researchers not only had a completely accurate record of the study participants who developed diabetes, but they could look for trends in disease development.

The main result of the study is simple: the longer a woman breastfeeds, the lower the probability of her developing diabetes later in life. The exact odds, however, depend on various additional factors. Breastfeeding was found to be especially important for women who develop gestational diabetes. Among women in the study who at some point had gestational diabetes, those who did not breastfeed at all were 2.08% more likely each year to develop type 2 diabetes than those who breastfed for at least a year of their lives. Over time this additional yearly risk really adds up: 15 years down the line, breastfeeding for at least three months (compared with not breastfeeding) among women who had gestational diabetes came with a 45% lower incidence of diabetes. The overall effect was also statistically significant for women who at no point in any of their pregnancies developed gestational diabetes, although it was weaker. Among these women, never breastfeeding was associated with a 0.48% per year increased risk of developing diabetes.

This research is certainly not alone in indicating a protective effect of lactation in humans. The findings corroborate several studies that have relied on self-reporting of diabetes status. For example, a prospective study of more than 62,000 mothers in Shanghai, China, found a reduced incidence of diabetes over a five-year period among mothers who had breastfed relative to those who had not [3].

In addition, a couple of much shorter studies have measured fasting glucose and lactation duration. One, known as the Tehran Lipid and Glucose Study, was interested not merely in diabetes risk but also in the risks associated with women developing other indications of metabolic syndrome [4]. It found significantly reduced odds of developing diabetes among women who breastfed for at least seven months. Gunderson’s previous work in this area included a study known as SWIFT (Study of Women, Infant Feeding and Type 2 Diabetes after GDM Pregnancy), which enrolled women between August 2008 and December 2011, and then followed the women for just two years [5]. Despite the short follow-up period, it too found a link between the duration of lactation and diabetes development.

The latest research provides a weighty addition to existing evidence. Using biochemical analysis of diabetes status, as well as following women over three decades as opposed to just a few years, the new paper fills in both of these main weaknesses of previous research in the field. That breastfeeding duration predicts the risk of diabetes is an important public health message, which—as Splash! has previously argued—could encourage women to breastfeed. The evidence shows that this would not only improve their health but that of their infants, too.