The Beneficial Effects of Dairy Fats on Post-Meal Inflammation 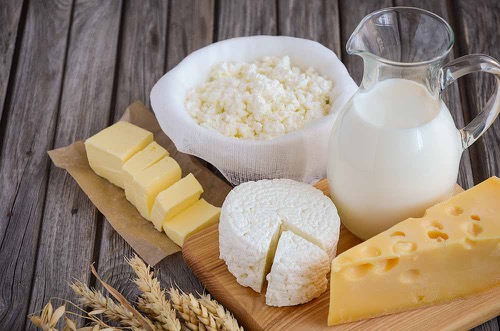 Fatty foods are known to have adverse effects on health, and saturated fats in particular have been linked to an increased risk for cardiovascular disease [1–3]. However, studies suggest that not all saturated fats are created equal, and the source of the fat may play a major role in determining its health risks or benefits. Dairy foods and certain components of dairy may even have beneficial effects on cardiovascular risk factors [4–8].

“Until very recently, we really have not done a good job of separating out what kinds of fats are contributing to these negative effects of high fat diets,” says Angela Zivkovic of the University of California at Davis. “But now more and more people are recognizing that there’s really a big difference based on what the specific food is that you eat,” she says.

A pair of new studies led jointly by Zivkovic and UC Davis’s Jennifer Smilowitz further supports the notion that dairy fats may not be as harmful as previously thought, and may even have some beneficial effects [9,10]. In the first study, the researchers found that when overweight individuals consumed a high-fat diet containing cheese, they had lower levels of a post-meal inflammatory marker than when they consumed a similar diet with a vegan cheese alternative. The second study found that when overweight individuals consumed a high-fat meal containing a component of human milk called milk fat globule membrane (MFGM), post-meal inflammation was lower than when they consumed a high-fat meal without MFGM.

“All these things are really kind of surprising because up until now the story has been that everyone should eat low-fat dairy because saturated fat is bad for you,” says Zivkovic. “It’s starting to look, not just because of our studies but also other studies that have been published, that even though dairy fat is enriched in saturated fat it does not seem to have the negative effects on cardiovascular risk that we assumed it would because of its saturated fat content,” she says.

The researchers also suggest that rather than considering individual dietary components in isolation, it’s important to view them in the context of the foods and meals in which they are consumed. “Diet composition, such as the breakdown of the fatty acid composition of our diet or meals, doesn’t work alone to influence health,” says Smilowitz. “The structure of food also determines how we will digest, absorb, metabolize and respond to food,” she says.

The researchers focused on the effects of dairy fat on the post-meal, or postprandial, state, which is usually characterized by a brief increase in lipid and inflammation levels. “It’s kind of an illustration of how your body is handling this particular meal that you’re being challenged with,” says Zivkovic. Meals rich in saturated fats, for example, have been shown to induce an increase in postprandial inflammation [11]. When elevated levels of lipids and inflammation persist for several hours, they can contribute to an increased risk of cardiovascular disease.

In their first study, Zivkovic and her colleagues compared the effects of dairy fats and non-dairy fats on postprandial inflammation [9]. “We’re looking at the difference when you consume a grilled cheese sandwich that’s made out of normal dairy cheese compared to one made out of vegan cheese substitute product that still had equivalent amount of saturated fat from palm oil,” she says. The researchers assayed a number of cytokine and protein markers of inflammation, as well as blood lipids, glucose, and insulin.

“What we found was that it looks like neither cheese nor palm oil are particularly bad for you when you look at this postprandial state,” says Zivkovic. “It’s not what we expected,” she says. “We were giving such a high amount of fats in one meal, we really were thinking that they would be more inflammatory than they ended up being,” she says.

In addition, the researchers found that one particular marker of general inflammation, called C-reactive protein (CRP), was significantly lower in response to the cheese compared with the vegan alternative. “That the cheese was actually beneficial in terms of CRP was a pretty important finding,” says Zivkovic.

In their second study, Zivkovic and her colleagues looked at the postprandial effects of one particular component of dairy, called milk fat globule membrane (MFGM) [10]. MFGM is a membrane that encases milk fats, and is rich in bioactive proteins and complex lipids. “Previous research has shown that MFGM has some potentially anti-inflammatory and other beneficial effects,” says Zivkovic [8,12-14].

The researchers tested the effects of adding MFGM to a meal consisting of milkshakes rich in saturated fats from palm oil. “These were pretty high-fat challenges, so we certainly expected these to be pretty inflammatory,” says Zivkovic. “So we were really interested to see if adding MFGM would actually have beneficial effects,” she says.

The researchers found that adding MFGM to the meal seemed to have beneficial effects on the postprandial state. “The main finding was that the insulin response was lower when we added MFGM,” says Zivkovic. “What’s interesting is that subjects in the study were all pre-diabetic,” she says. “So in these individuals, something that can actually decrease their insulin excursion in the postprandial state would be a very beneficial thing,” says Zivkovic.

The researchers plan to follow-up these experiments with a longer term study. “I’m really interested to see whether long-term supplementation with MFGM would have beneficial effects,” says Zivkovic. The researchers are also interested in figuring out the mechanisms by which dairy fats influence postprandial inflammation and cardiovascular risk.

“We have this long nutritional history of blaming fat and saturated fat for all of our health problems,” says Zivkovic. “We really need to do more research to understand better why dairy fat isn’t as bad for you as we expect it to be, even though it has so much saturated fat,” she says.