From Bench to Bedside: Translating Milk Science at the Clinician-Patient Interface 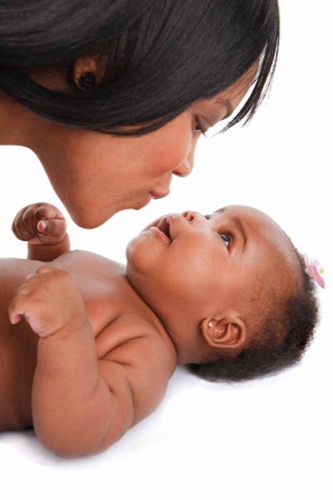 Emerging empirical research from chemistry, microbiology, animal science, nutrition, pediatrics, and evolutionary anthropology is accelerating our understanding of the magic of milk. Translating the findings about milk, however, for the end-user (babies) and end-producers (moms), requires shining a light on emerging social science and public health research tackling breastfeeding initiation and support. Moreover, understanding the context and experiences of mothers of different races highlights the persistence of health care deficits that perpetuate breastfeeding disparities.

In 2014, Dr. Lind and colleagues evaluated the maternity and perinatal practices at 2,227 hospitals and birth centers in the United States in conjunction with the racial demographics of the area these health care providers served [1]. Combining data from the CDC’s 2011 Maternity Practices in Infant Nutrition and Care survey [2] with census data on racial demographics in the same Zip Code as the surveyed health facilities, the authors discovered failures of health care delivery in communities with higher proportions of Black residents. Early initiation of breastfeeding within the first hour of an uncomplicated vaginal birth, rooming-in, and post-discharge patient support were all less likely to be standard practice in Zip Codes in which Black residents were >12.2% of the population. Facilities serving these communities were also less likely to limit the use of breastfeeding supplements. These are four of the ten important steps toward optimal support for breastfeeding and mother and infant bonding. Together these practices underlie the Baby-Friendly Hospital Initiative and have been demonstrated to improve breastfeeding initiation and success, including among Black women [3].

More recent research by Dr. McKinney and colleagues investigated differences among white, Hispanic, and Black mothers in breastfeeding initiation and duration [4]. Using a large sample (N = 1636) of mothers from the Community and Child Health Network, a multi-community project of the National Institutes of Health, McKinney replicated previously-demonstrated patterns of disparity between white and Black mothers, 78% vs. 61% initiation, respectively. Hispanic mothers had the highest initiation with more than 90% initiating breastfeeding. The disparity between white and Black mothers was explained by poverty, college education, and marital status as white mothers were wealthier, more likely to be college educated, and more likely to have a spouse. Although Hispanic and Black mothers had similar socioeconomic and demographic backgrounds, the higher initiation among Hispanic women reflected a family history of breastfeeding [4].

The above quantitative analyses are importantly complemented by qualitative, ethnographic approaches to understanding the socio-cultural context of infant-feeding decisions. In August 2016, Dr. Ifeyinwa Asiodu,and colleagues published the results from a “critical ethnographic” approach to infant feeding among first-time African-American mothers [5]. Critical ethnography moves beyond earlier forms of cultural description to specifically capture the complex factors and their intersections that contribute to observed societal disparities. This research method provided rich detail that informs “culturally inclusive messaging” in public health and clinical practice.

Over the course of many interviews, mothers and members of their support networks described the factors related to breastfeeding initiation and success. Consistent with the quantitative work of McKinney et al. [4], Asiodu and colleagues found that a family history of breastfeeding among African-American women was rare but if present improved breastfeeding initiation. Moreover, a mother’s broader social networks, and the support or lack of support therein, could improve or diminish breastfeeding practices. Motherhood as a critical aspect of self-identity was also a motivating factor in breastfeeding and infant nurturing. Lastly, access to community public health programs that provided support and information, and facilitated new mothers connecting with other new mothers also contributed importantly to breastfeeding practices and attitudes [5].

Understanding the importance and cultural context of female social networks for shaping breastfeeding practices contributes to adopting best practices in the clinical setting, namely implementing peer-mentor programs. Dr. Paula Meier and colleagues at the Rush University Medical Center (RUMC) in Chicago have established the Rush Mothers’ Milk Club in the NICU that provides a road map for building partnerships among many stakeholders to promote breastfeeding [6]. From the clinical staff, to the families and patients, to the broader community members in the neighborhood surrounding the RUMC, the core principle of the program is “sharing the science of human milk and lactation with NICU families so that the families could serve as active participants in their infants’ feeding decisions and management plans” [6].

Within a year of launching this integrative program, breastfeeding initiation rates for mothers with babies in the NICU went from 17% to 95% as mothers decided to breastfeed after hearing about “milk as medicine for their baby” [6]. The mothers most likely to change their infant-feeding decision from formula feeding to breastmilk feeding were low-income, African-American mothers who had particularly vulnerable small, pre-term infants and who had few, if any, breastfeeding models within their existing social support networks [6]. Informal mother-to-mother peer counseling was an emergent dynamic during weekly Rush Mother’s Milk Club meetings and inspired a peer-mentoring network. Breastfeeding peer counselors, who had themselves had a baby in the NICU, became valuable role models and sources of information for mothers whose existing social support network had little information about breastfeeding—especially small, premature infants, particularly for African-American mothers [6].

These studies at the social science/life science/clinical practice interface reveal key gaps, but they also provide solutions for addressing persistent health care disparities. Life scientists are prioritizing understanding how early life organization can exert life-long consequences [7, 8], a field known as the Developmental Origins of Health and Disease [8]. At the same time, researchers in the social sciences are investigating how babies born in nearby zip codes can have 20–30 year differences in their life expectancy because of deficits in the quality of care and disparities of life experiences [9]. Due to inadequate breastfeeding support and therefore breastfeeding initiation and success, more Black mothers and babies are likely to accrue compounding health impacts throughout the lifetime and across generations [9]. Indeed, epidemiological models published by Dr. Melissa Bartick, Dr. Alison Steube, and colleagues reveal that the racial breastfeeding gap is associated with poorer health for non-Hispanic Blacks than non-Hispanic whites [10]. Non-Hispanic Blacks experienced over 3x greater incidence of necrotizing enterocolitis (NEC) and over 2x higher infant mortality attributable to reduced breastfeeding rates [10]. Earaches and other gastrointestinal disorders were also more common as a result of breastfeeding disparities for non-Hispanic Blacks than non-Hispanic whites [10]. These higher incidences of illness were associated with greater medical costs but are likely to also contribute to missed work days and lost income, compounding the impacts of breastfeeding disparities [10]. As evidenced by the articles cited here, the development and adoption of emergent and evidence-based approaches, tools, and interventions within health delivery settings, for both clinicians and patients, require more frequent collaboration among life and social scientists to recognize and resolve race-based disparities.

Note: Terms for race designations, such as “Black” and “African-American,” came directly from the articles cited. These terms were capitalized in accordance with recommendations from Halley, J., Eshleman, A., and Vijaya, R. M. (2011). Seeing white: An introduction to white privilege and race. Rowman & Littlefield Publishers.